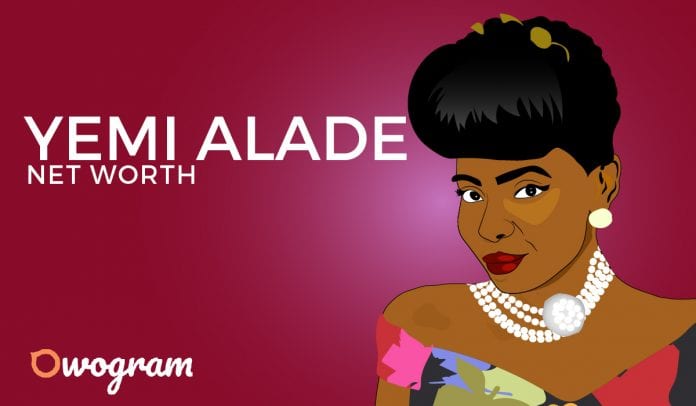 What is Yemi Alade net worth?

Yemi Alade is a multitalented, and award-winning Nigerian singer, songwriter, and entertainer.

She rose to fame and stardom in the Nigerian music industry because people could relate to her lyrics.

She has a lot of fans who want to learn interesting information about her. In this article, you will find out Yemi Alade’s biography and other facts about her.

Yemi Alade is a Nigerian female singer and songwriter who has toured several African countries doing what she knows how to do.

She is a member of the famous pop singer list and is best known for her acclaimed 2013 single, “Johnny”.

Her father, James Alade was a police commissioner and a native of Ondo state, while her mother Helen Uzoma is from the Igbo tribe of Nigeria.

Yemi started her educational career at Saviour British Primary School and then proceeded to Victory Grammar School in Lagos.

Yemi Alade Music career started when she contested at the Peak Talent Hunt show of the year 2009, and emerged as the winner of the competition.

This has got her deals from every angle but eventually, she was signed to the Jus’ kidding record label.

She released her first acclaimed single” “Fimisile” under the Jus’ kidding record label featuring a Rap artiste known as Elder the Don.

However, this song cannot be regarded as a hit, but the song created a scene for Yemi Alade, as people begin to get their eyes on her.

In 2012, she joined the music label, Effyzzie Music Group, and released her single “Ghen Ghen Love”.

The next year, the star released the video for her romantic afro-R&B song “Bamboo” which was produced by Fliptyce.

“Bamboo” turned into a popular wedding song, until in the year 2013 when she wrecked records with her hit single, “Johnny”, produced by Selebobo.

Her song ” Johnny” became an international smash hit after it was leaked. It took over the music charts in Tanzania, Kenya, Ghana, South Africa, Liberia, Uganda, Zimbabwe, and the United Kingdom, and other countries.

The song was really a big hit that she had to carry out a remix, for the song in the French Language for all her French-speaking fans on popular demands.

The song was named one of the best songs of 2013, though it hit the internet towards the end of the year and had no music video.

Yemi Alade is a famous artist and has gone as far as working with other top Nigerian Musical artiste and other to African artiste which includes; Flavour, Waje, Wizkid, Sol, Sauti, M.I, Yung6ix, Marvin of France, and lots more.

In 2014, the album King of Queens was released. In 2016, appeared another full-scale studio work ” Mama Africa”.

Yemi Alade Net Worth and Highlights

Yemi Alade Net Worth is currently estimated at $6.5 Million. Here are the best highlights of Yemi Alade’s career

Yemi has come so far. In one of Yemi Alade’s inspiring quotes, she said “Consistency is key, don’t worry they will catch up. Just keep being you.”

She is worth millions of dollars. Well, the companies that are said to endorse her contributed immensely to her net worth alongside her music career.

She has been notably endorsed by corporate bodies such as Close up toothpaste, Hollandia Yoghurt, Naira box, NP Gandour, and Barcadi Breezer.

Yemi Alade weighing this much has been living a comfortable lifestyle.

These are some of the valuable lessons you can learn from Yemi’s lifestyle.

She said that when she collaborated with Kenya’s Jua Cali on the set of Coke Studio, she felt humbled and it was a rare opportunity for her to learn from a musician who had been in the music game for 15 years. Yemi comes across as a truly humble lady.

Learn how to create your own style

Find a unique way of making yourself stand out among several others in your Industry.

Yemi Alade has a unique fashion style that speaks a lot about her.

The career of choice – At first!

When Yemi Alade was younger, she always spoke about how she wanted to be a surgeon, an aeronautical engineer or lawyer but now, she became the first African female artist to reach one million subscribers on YouTube in July 2019.

The lesson? Our path may not be predefined, we make our path our path by the decisions we make.

That’s it on Yemi Alade career and worth. “You never really lose until you stop trying”.

Until you try you don’t know what you can do. Now, where do you see yourself in the next two years? Keep the answer to yourself, but never stop trying to achieve something.

What did you think of Yemi Alade’s music and her net worth? Let’s have your comments in the box provided below.