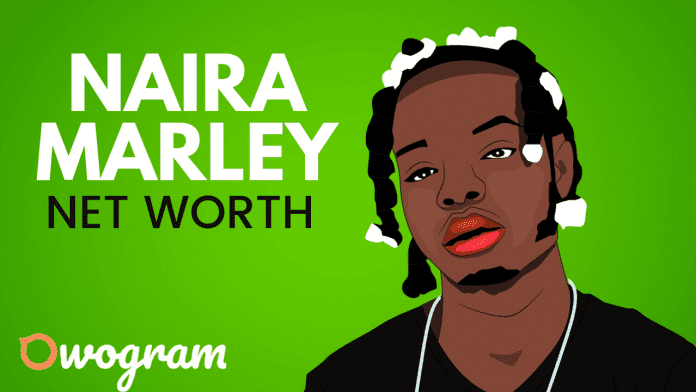 How much is Naira Marley Net Worth?

Naira Marley is undoubtedly one of the hottest artists in the Nigerian Music industry.

He is also one of the most popular musicians in Nigeria. The talented musician has huge cult-like fans who proudly call themselves” Marlians”.

Naira Marley Net Worth and Highlights

Naira Marley net worth is currently estimated at $1.3 million. Maybe someday, he’ll be on the list of the top 10 richest musicians in Nigeria.

Here are the best highlights of Naira Marley’s career

Azeez Fashola aka Naira Marley was born in Agege, Lagos State, Nigeria. At the age of 11, he moved to Peckham, South London, England.

He started his education at Porlock Hall, before moving to Walworth School where he obtained his General Certificate of Secondary Education.

Naira Marley went to Peckham Academy where he graduated with a distinction in business.

He went further to study at Crossways College, now Christ the King Sixth Form College, where he completed his business law.

As a youth fellow, while growing up, Naira Marley had the passion of becoming an MC and voice over artist.

Later in his life, he also discovered that he has a passion for music and began singing.

In 2014, he got encouragement from some of his friends, which led to the release of his first track, “Marry Juana” featuring Max Twigz.

In December 2017, he released “Issa Goal”, featuring Olamide and Lil Kesh, the song went on to become the theme song for the Nigerian National Team at the 2018 FIFA World Cup.

His name “Naira Marley” was influenced by his admiration for the late Jamaican singer, Bob Marley, while his dreadlocks is a tribute to Bob Marley.

On 3rd  May 2019, Naira Marley released “Am I A Yahoo Boy”, featuring Zlatan Ibile, and he was arrested by the EFCCC (Economic and Financial Crimes Commission), afterward.

After his arrest, many people want to know a lot about Naira Marley’s net worth and his biography.

In the song, Marley doesn’t claim to be a yahoo boy, but the lyrics are provocative: ​

“Government is a thief, bloggers are armed robber, all my friends are yahoo, music is my source of pride.”

The video depicts Marley being slammed onto a car by police and handcuffed.

On 27th June 2019, he released “Soapy”, just days after he was released from prison.

On 11th January 2020, “Soapy” earned him his first major award as a singer, winning the “Viewers’ Choice” award at the 2020 Soundcity MVP Awards.

The EP which is a 6-track project features guest appearances from Cblack, Young John and Mayorkun.

Its production was handled by Killertunes, Rexxie and Studio Magic.

Check out the list of Naira Marley songs below;

Naira Marley has also worked with other artistes like Davido and Harry Song.

Did you know Naira Marley is a graduate of Peckham Academy in the UK where he graduated with a distinction in business?

The shocking aspect of his biography is that he is a Master’s Degree holder.

So, Marlians, stop shouting  “Marlians no dey graduate”. Be wise with your life decisions and emulate the right aspect of Naira Marley’s life.

When Naira Marley was obviously arrested for claims that he was involved in Cyber Crime, which we all know in Nigeria as Yahoo, he does not allow his ordeal to deter his success.

People will always validate you and praise you and your work when you are winning, but in this process, do not neglect your family. Your family can help you carry your cross.

Another lesson is, Don’t Listen To The Crowd.

In this life, we just have to be careful about the kind of advice we take. Some are harmful, few are beneficial.

In one of Naira Marley quotes he said;  “You will never be able to please everyone all the time, so concentrate on pleasing your maker because that’s what really matters” – Naira Marley

That’s it on the net worth and career of Naira Marley. The singer is undoubtedly trending in the country.

What do you think about Naira Marley’s worth? Leave a comment below.