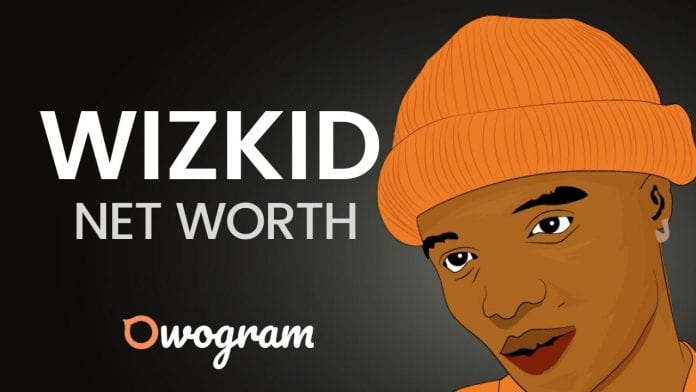 What is Wizkid net worth?

Wizkid is one of the most popular Nigerian music artists and probably one of the youngest too.

His musical genres include Afrobeat, Afropop, reggae, dancehall, hip-hop, and pop. He started recording music when he was 11 years old.

Wizkid is best known for being featured on the single “One Dance” by Drake featuring Kyla which reached #1 on the Billboard Hot 100, the US R&B/Hip-Hop chart, and in Australia, Canada, France, Ireland, New Zealand, Switzerland, and the UK.

The Afro singer is one of the top entertainers in Nigeria. He was featured in the 2018 Guinness World Records for his contributions to the song.

As of 2020, Wizkid’s net worth is estimated to be roughly $63.3 Million dollars, making him one of the top 10 richest musicians in Nigeria

Here are some of the best highlights of Wizkid’s career:

This article will provide you with the necessary information about Wizkid, his early life, and how he has been able to pull through from a nobody to one of the most popular figures in the world.

Ayodeji Ibrahim Balogun, popularly known as Wizkid, is a talented Nigerian singer and songwriter. He was born on 16 July 1990, in Surulere, Lagos State, Nigeria.

He was born into a polygamous family – his father and three wives. His mother is a Christian belonging to a Pentecostal denomination and his father a Muslim.

He used to follow his mother to the church and began singing in his local church at the tender age of 11 years. He was not only a good vocalist but also a lead singer.

As part of the church choir, he released a couple of albums.

He later went on to form a singing group with five of his church friends, the group was known as “Glorious Five”.

He performed using other names such as “Glorious Five”, as well as “Lil Prinz” before he finally settled for the stage name “Wizkid”.

He got interested in music from his childhood but his family did not support him to pursue music as a full-time career.

Ayodeji Ibrahim Balogun, whose stage name is Wizkid, came into the limelight of music fully in 2009.

Artists like Bob Marley, Fela Kuti, King Sunny Ade, 2Face Idibia, and Sound Sultan were his early inspirations and inspire him to become a musician.

From 2001 till 2006, he performed as a solo artist with the stage name “Lil Prinz”. His band “Glorious Five” managed to release one studio album before disbanding.

He recorded his first song with OJB Jezreel and also recorded a 7-track album under the stage name Lil Prinz.

After dropping out of university in 2009, he recorded a deal with Empire Mates Entertainment (EME). Banky W saw him perform and quickly realized he was talented.

As a result, he signed Wizzy up at EME records, a move that proved to be beneficial and highly profitable for both parties.

In the same year, he started recording for his debut studio album with the stage name “Wizkid” which was titled “Superstar”.

In 2009, he successfully collaborated with renowned musician M.I.

The two artists produced the award-winning track “Fast Money” which not only received many awards and nominations but also received a lot of airplay both in Nigeria and many other countries.

In 2010, he released “Holla at Your Boy”, the lead single from his debut studio album “Superstar”, which earned him the Next Rated award at the 2011 Headies.

Its music video for the same song was nominated for Most Gifted Newcomer Video at the 2011 Channel O Music Video Awards.

On March 5, 2013, he announced his decision to establish his own record label, “Star Boy Entertainment”.

In February 2014, Wizkid became the first-ever Nigerian musician to have over 1 million followers on Twitter.

“Ayo”, his self-titled second studio album, was released in September 2014, supported by six singles: “Jaiye Jaiye”, “On Top Your Matter”, “One Question”, “Joy”, “Bombay” and “Show You the Money”.

Soon enough, Wizkid left E.M.E after his contract got expired.

The African Star boy is a recipient of so many awards both home and abroad, among his nominations include MTV Europe Music Awards (five times), American Music Awards (thrice), and World Music Awards (four times).

His music career has grown ever since and has had the privilege to work with famous artists locally and internationally which will have a great deal on Wizkid net worth.

Locally, he has worked with 2Face Idibia, Naeto C, Rema, Sound Sultan, Tiwa Savage, award-winning producer OJB, and many others.

Internationally, he has collaborated and featured on the hits with Drake (One Dance), Beyonce (Brown Skin Girl), Maleek Berry (The Matter), Jesse Jagz (Bad Girl) and many others.

Apart from the endorsement deals listed above and the purchase of tracks, Wizkid makes money from album sales, musical tours, and personal investments.

Among his notable investments is his personal record label, StarBoy records. He also has a few other luxurious assets to his credit.

Wizkid owns a mansion in Lekki, one of the most expensive places to live in Nigeria. This mansion is worth over #68 million.

He also owns a house in Surulere worth #13 million. According to rumors, he also owns a mansion in Los Angeles, California.

This Californian mansion was made public by Nigeria’s most popular blogger, Linda Ikeji, which led to a melee between the two.

In addition to these assets is a fleet of some of the latest luxurious cars.

Undoubtedly, all these assets are worth lots of millions and will surely boost up Wizkid net worth. However, many compare his worth to Davido’s net worth.

You should check out this post about the heated debate: “Wizkid and Davido who is the richest?” You’ll get all the information you need.

In his interview with Femi Odukoya, he made it clear that he is not all about flashy cars, the ones he has are just as a tool to do his business, a lot of people living in Lagos drive more expensive cars than his.

All these adding to his net worth is a great encouragement to several youths in Nigeria, as people are interested in following his footsteps and reaching such great heights.

Throughout his profession to date, he has had a series of endorsement deals like Pepsi, Guinness, MTN, Hennessy, and many others.

With Wizkid net worth, he’s not on the list of the richest musicians in the world, but he has worked with some of the international artists.

Check out these top 10 music sites in Nigeria to download his songs.

Here are quick faqs about Wizkid below:

Wizkid signed a record deal with Empire Mates Entertainment (E.M.E) in 2009. He rose to prominence after releasing “Holla at Your Boy“, the lead single from his debut studio album Superstar (2011).

Related: Teniola net worth and biography

What is the meaning of wizkid?

It means a person who is unusually intelligent, clever, or successful especially at an early age.

Is Wizkid a University graduate?

No. Wizkid started his higher education at Lagos State University, but in the second year, he transferred to Lead City University. Wizkid was at 200 level he dropped out because of his music career. … This decision turned out to be a huge contributing factor to his success.

Who is Wizkid’s father?

Which state is Wizkid from

He is from Lagos state, Surulere.

What is the name of wizkid first son?

Now that you’ve known Wizkid net worth, here are great life and hustle lessons you can learn from Wizkid below:

It Pays To Be A Good Student

Taking the time to truly learn the ropes of your hustle and not getting ahead of yourself is possibly the greatest favor you can do for yourself.

There are stories of how Wizkid used to run errands for his boss and watched intently how he could make his imagination of a music star come alive.

In one of the 10 remarkable Wizkid quotes, he said; “Taking the time to truly learn the ropes of your hustle and not getting ahead of yourself is possibly the greatest favor you can do for yourself”

You Can’t Please Everyone

If one continues to satisfy everyone, one will continue to dissatisfy oneself.

Whether it is buying a pet goat or having weed for breakfast, Wizkid ensures that he leads his most authentic life all the time.

You don’t have to live a pauper because you want to please everyone, just make sure you do the thing that makes you happy and you make no apologies for it.

Have A Major Inspiration

We may say that Wizkid is actually a modern-day reincarnation of Afrobeat legend, Fela.

However, there is the importance of modeling your career after a particular source of inspiration but with more uniqueness.

Modeling after is important because it allows you to know what your end game is while avoiding the pitfalls of whoever is your inspiration by being the better version.

That’s not all, here are 10 inspirational life lessons from Wizkid about life, hustle, and success.

Wizkid started his music career at age 11, is one of Nigeria’s brightest musical figures. And deservedly, his net worth keeps skyrocketing.

In short, Wizkid is not from the wealthiest of families in Lagos. That’s why he graciously took advantage of the opportunity he got to reach stardom.

As of 2020 Wizkid net worth is $63.3 Million dollars. His musical exploits and life are now a great source of encouragement to several upcoming artists around Africa.

What do you think about Wizkid net worth? Please leave your comment(s).