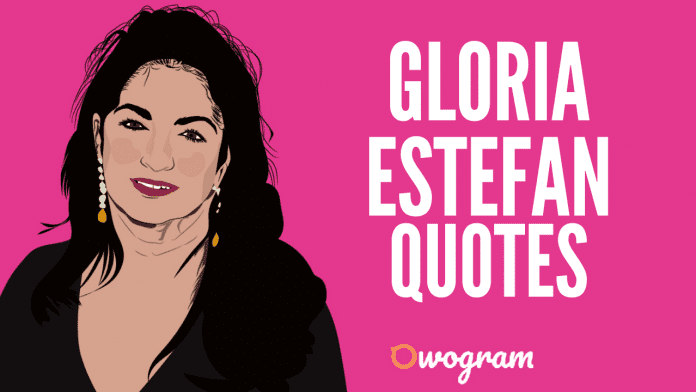 We bring to you 51 powerful Gloria Estefan quotes about life, family, music and success.

Gloria Estefan is a Cuban-born American, a songwriter, singer, actress and an entrepreneur.

Interestingly, she has won seven Grammy awards and has received a star on the Hollywood Walk of Fame and Las Vegas Walk of Fame.

You can learn more about Gloria Estefan net worth and biography for more details about her early life, career, and achievements.

Right now, let’s share with you this collection of great Gloria Estefan quotes about life and success.

1. “Family has always been the number one priority no matter what happens anywhere else.” Gloria Estefan

2. “Sex and drugs were simply not discussed in our culture at that time.” Gloria Estefan

3. “I have a very open line of communication with both my children.” Gloria Estefan

4. “There are certain realities we must speak of with our children that were not present when I was a child.” Gloria Estefan

5. “Whatever it is your heart desires, please go for it, it’s yours to have.” Gloria Estefan quotes

6. “You’ve got to believe. Never be afraid to dream.” Gloria Estefan

8. “Truth is you can put things off until tomorrow but tomorrow may never come.” Gloria Estefan

9. “We seal our fate with the choices we take, but don’t give a second thought to the chances we take.” Gloria Estefan

10. “My mom was a source of strength. She showed me by example that women, regardless of how difficult life may get, can do it all.” Gloria Estefan quotes

11. “My mom was definitely very strict with me.” Gloria Estefan

12. “Sometimes my mother had difficulty communicating with me about certain topics. Gloria Estefan

13. “I’ve been offered a lot of things that celebrities do that I wouldn’t do, like perfumes, lines of clothing and this, that and the other.” Gloria Estefan

15. “There’s no reason that just because you’re a celebrity you can’t write.” Gloria Estefan

16. “My mother had a beautiful, soothing voice that made me melt.” Gloria Estefan quotes

17. “The responsibility of carrying and bringing a new life into this world is one that cannot be taken lightly.” Gloria Estefan

18. “To know that everything we say and do to this new little human being may have a profound effect on him or her is a daunting obligation.” Gloria Estefan

Related: 40 Inspirational things Usher once said that will change your mind

19. “I think that the only way to teach is by example, as children will more easily follow what they see you do than what you tell them to do.” Gloria Estefan

20. “We protect aspirin bottles in this country better than we protect guns from accidents by children.” Gloria Estefan

21. “Having felt people’s love and support first hand through difficult moments in my life makes me feel it’s our responsibility to help one another.” Gloria Estefan

22. “As an artist, you dream about accumulating enough successful music to someday do just one greatest-hits album, but to reach the point where you’re releasing your second collection of hits is beyond belief.” Gloria Estefan quotes

23. “Nothing ever stays in the middle. You always go from one extreme to the other, and politics is certainly that way.” Gloria Estefan

25. “I don’t want anything from Cuba. I want them to be free and enjoy the things I enjoy.” Gloria Estefan

26. “A lot of the way I sing is playing off other musicians. It’s what I love to do the most.” Gloria Estefan

27. “When you’re a front man for a band, there’s nowhere to hide. It took me a long time to get used to that. But music is my first love. I started singing when I talked.” Gloria Estefan quotes

28. “When most artists walk offstage, they go to a lonely hotel room. I went home to my family. They were there before the show, during and after. It’s been great. I never would have done it any other way. I wasn’t going to miss raising my kids. There was no way that was going to happen.” Gloria Estefan

29. “I got to tell you, my nature is not to be the centre of attention.” Gloria Estefan

30. “In the United States, if you believe in yourself and you’re determined and persevere, you’re going to succeed.” Gloria Estefan

31. “As an immigrant, I appreciate, far more than the average American, the liberties we have in this country. Silence is a big enemy of morality. I don’t want our blunders in history to get repeated.” Gloria Estefan

32. “If there’s ever been a dark moment in my life… well, I wanted to check out. Music was a big escape.” Gloria Estefan

33. “There are so many beautiful things that are a part of the world, and I’ve always looked at life that way; I’ve always tried to put on a smile and a brave front, not just for my kids but in my own life and all the difficulties that I’ve gone through.” Gloria Estefan quotes

34. “All I tell artists is, ‘Do what you love. Never let anybody talk you into changing what your musical idea is just to try to get a hit, because you’re chasing your tail that way. It’s not going to happen, and if you’re successful, you have to do it the rest of your life. Stay true to it and do it for the sake of the art.’” Gloria Estefan

35. “I hold ‘Mi Tierra,’ my first Spanish-language album, very close to me because that was all done in my native tongue and won me my first Grammy.” Gloria Estefan

36. “My job as an entertainer is to take you someplace else. I love exploring different genres of music to please my fans.” Gloria Estefan

37. “What’s the point if you make something that’s not you, and you’re successful? You have to perform it the rest of your life.” Gloria Estefan

38. “My family was musical on both sides. My father’s family had a famous flautist and a classical pianist. My mother won a contest to be Shirley Temple’s double – she was the diva of the family. At 8, I learned how to play guitar. I used to play songs from the ‘20s, ‘30s, and ‘40s in the kitchen for my grandmother.” Gloria Estefan quotes

39. “Music is almost mystical to me. It really has an incredibly powerful force. Gloria Estefan

40. “I’m careful what I put out there into the universe, musically. I don’t take it lightly.” Gloria Estefan

41. “I have great genes. Thank you to my mom and dad for that one.” Gloria Estefan

42. “I know that people think of me in terms of Latin music and that’s wonderful, that’s my heritage, that’s who I am, but there’s so much more to me and my music.” Gloria Estefan

43. “I am there are so many difficult things we’re living through in the world today, so many horrible events, but we cannot let them stop us. No matter what happens, I feel you must move forward with optimism and not get totally sideswiped.” Gloria Estefan quotes

44. “In this life, I’m always going to choose the positive.” Gloria Estefan

45. “You know, it’s funny how songs continue to grow and evolve and become a new and deeper reflection of your life.” Gloria Estefan

46. “My mum had a very strong moral code, which I kind of came with. I never really had to be told what was right or wrong – I knew. 47. I was very mature from early on and I was a very good girl, so she never had any trouble with me.” Gloria Estefan

48. “I wanted very badly to be a mum. I’m a very maternal person. But at the point that I met Emilio I was focusing on a career. I never would have thought that I would get married at 21 and much less be a mum by 23.” Gloria Estefan

49. “Once you know the Romance languages, singing in those languages is so sexy and sensual. I do have a global audience, so why not?” Gloria Estefan

50. “The Internet has been a blessing and a curse. The curse we know: A lot of people appropriating your intellectual property without paying for it. But I think it’s important to realize the blessing of the Internet, which is that everybody has a voice and you can breakthrough, even without a record company.” Gloria Estefan

51. “I was going to be a doctor, but I think my music allowed me to help more people than I could have done one-on-one as a psychologist. Just like other people’s music really helped me.” Gloria Estefan

Thanks for checking our collection of Gloria Estefan quotes about success and life. Isn’t your mind filled with the idea that anything can be achieved, with the height she’s attained? 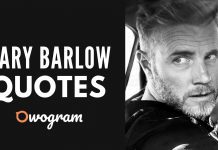 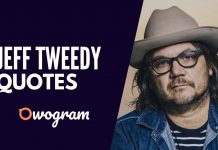