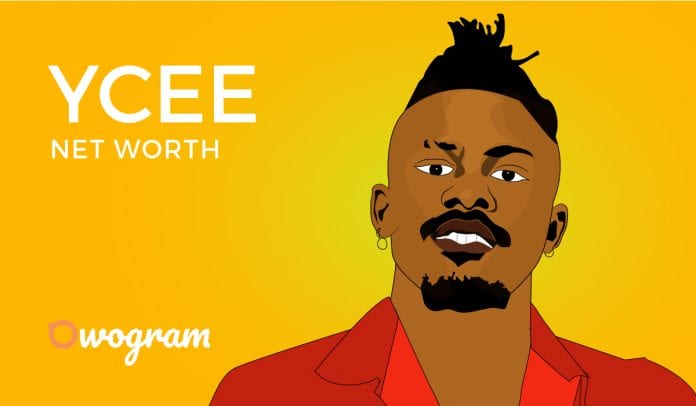 How much is Ycee net worth?

He raps mostly in pidgin, Yoruba language and English. Ycee.

He rose to the limelight after his single “Condo”, which features vocals from Patoranking, earned him two nominations at the 2015 Nigeria Entertainment Awards.

He was also nominated for Best Artist in African Music Awards. Although he hasn’t made the list of the top ten richest musician in Nigeria, YCEE net worth is a topic of interest.

In this quick post, we share with you what YCEE is worth, details of his early life and information about his career and achievements.

YCEE Net Worth and Career Highlights

As of today, YCEE is worth an estimated ₦630 million Naira ($1.5 million), Here are some of his best highlights below:

Ycee was born on 29th January 1993, in Festac Town, Lagos State in the Western part of Nigeria. Who would have known that YCEE net worth would become a topic of interest?

He is born to an Igbo mother and Yoruba father. He is very skillful, creative, and talented.

Ycee had his Basic Education at Dr Soyemi Memorial Nursery and Primary School. He went to the Nigerian Navy Secondary School in Ojo for his Secondary education.

He also went to University of Lagos to study Marine Biology.

Ycee started his music career in 2012 as an underground rapper. He signed a record deal with Tinny Entertainment. YCEE net worth wasn’t something many people would be interested in, since he wasn’t yet popular then.

Due to his educational engagements, he took time off from music after gaining admission to the University of Lagos.

In May 2015, Ycee released the critically acclaimed song “Condo”, which was nominated for Best collaboration of the Year and Best Music Video of the year at the 2015 Nigeria Entertainment Awards.

On 20th July, 2015, he released the hit single “Jagaban”. Nigerian rapper Olamide, asked him to be featured on the remix. The collaboration with YBNL boss – Olamide definitely would have brought YCEE to huge fame, hence, increasing YCEE net worth

YCEE is no doubt, one of the best rappers in Nigeria today, as his lyrics are dope.

His career further hit the limelight after he received a nomination for Revelation of the Year at the 2015 MTV Africa Music Awards.

In October 2016, Ycee signed a record deal contract with Sony Music. In December, 2016, he was nominated for Next Rated at the Headies Awards.

In 2017, he released his first debut studio album “The First Wave” with hit singles like Jagaban, Link Up, Juice, Say Bye Bye, Omo Alhaji, Panda Cover and Smile on Me.

On 15th January, 2019, he announced on instagram that he left Tinny Entertainment. He also announced the launch of his record label ANBT, an acronym for Ain’t Nobody Badder Than.

On 8th November, 2019, Ycee released his debut studio album Ycee vs Zaheer. It is a mixture of hip-hop, trap, Afrobeats, Afro-house, Hyphy, R&B and alte.

The album serves as the follow-up to his 8-track debut EP with Bella Alubo, titled “Late Night Vibrations” (2018).

It features guest appearances from Davido, Niniola, Phyno, Ms Banks and Dapo Tuburna and his successes with these artistes has brought about awards that has boosted YCEE net worth

Ycee in the cause of his music career has been nominated for several awards which include Best Collaboration of the Year at the Nigeria Entertainment Awards, Best Artist in African Pop at the All Africa Music Awards, Next Rated at the Headies Awards and Best Collaboration at the Soundcity Awards.

Ycee in the cause of his music career has also won several awards which include Rookie of the Year at the Headies awards and Best African Hip-hop at the AFRIMA Awards.

With his endorsement deals, Ycee net worth has risen as greatly as he has signed deals with Samson Telecom and Hennessey which worth millions of naira.

Related: How much is Shatta Wale net worth?

Summary of YCEE net worth

As a young artist with great passion and love for what he does, Ycee net worth undoubtedly a topic of interest for his fans.

YCEE had made it this far because he was passionate about his career in music, and he had worked hard.