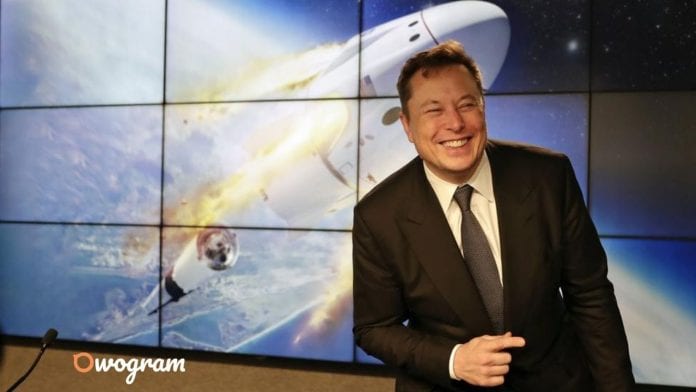 Elon Musk who is the richest person in the world currently has a net worth of over $200 billion, and is the first billionaire to reach that mark, has got himself the top spot on the list of the world’s wealthiest people.

Over the years we have seen many people climb up the list of world richest men, and as the years go by we keep seeing new names take up that position as world’s richest man.

We have seen icons like Bill Gates, Warren Buffett, and other known names take up that position, but presently, the world’s richest man 2021 is Elon Musk.

He is the founder, CEO, CTO, and chief designer of SpaceX; early investor, CEO and product architect of Tesla, Inc.; founder of The Boring Company; co-founder of Neuralink; and co-founder and initial co-chairman of OpenAI.

Born June 28th, 1971 at Pretoria, South Africa to the family of Errol Musk and Maye Musk, a citizen of Canada, South Africa, and the United States.

Elon Musk attended the University of Pretoria briefly before relocating to Canada when at the age of 17, then he attended Queen’s University.

He later moved on a transfer to the University of Pennsylvania two years later. Tthere, he received two bachelor’s degrees in economics and physics.

Elon Musk then moved to California in 1995 to start a Ph.D. program in applied physics and material sciences at the University of Stanford but dropped out after two days to pursue a business career.

Elon Must who is the richest person in the world currently was the co-founder of Zip2, a web software company, which was then bought by Compaq for $307 million in 1999.

Elon then founded X.com, an online bank. It merged with Confinity in 2000, which had launched PayPal the previous year and was subsequently bought by eBay for $1.5 billion in October 2002.

By May 2002, Elon Musk established SpaceX, an aerospace manufacturer and space transport services company, here he is the CEO and head of design.

Musk associated with Tesla Motors, Inc. (now Tesla, Inc.), manufactures electric vehicle, in 2004 one year after it was founded, making him its product architect that year and its CEO in 2008.

In 2006, he helped create SolarCity, a solar energy services company (now a subsidiary of Tesla). In 2015, he was a co-founder of OpenAI, a nonprofit research company with goals to promote friendly artificial intelligence.

In July 2016, Elon Musk was a co-founder of Neuralink, a neurotechnology company focused on developing brain-computer interfaces.

In December 2016, Elon Musk was the founder of The Boring Company, an infrastructure and tunnel construction company focused on tunnels optimized for electric vehicles.

In addition to his primary business pursuits, he envisioned an open-source high-speed transportation system known as the Hyperloop based on the concept of a vactrain.

Today, Elon Musk now tops the list of the top 20 richest people in the world.

Elon Musk who is the richest person in the world right now, started in 1995 with Zip2

In 1995, Musk started Zip2 with his brother Kimbal and Greg Kouri, Zip2 is a web software company, this was made possible with money raised from a small group of angel investors.

The company was housed at a small rented office in Palo Alto. The company developed and marketed an internet city guide for the newspaper publishing industry, with maps, directions, and yellow pages.

Elon Musk was always sleeping on the office couch and showering at the YMCA because he could not afford an apartment before Zip2 became successful.

Elon Musk explained further how he was able to run the site using just one computer he could afford.

According to his words , “The website was up during the day and I was coding it at night, seven days a week, all the time“.

Finally, their efforts paid of,f and the Musk brothers signed contracts with The New York Times and the Chicago Tribune and persuaded the board of directors to abandon plans for a merger with CitySearch.

Musk’s endeavors to become CEO were halted by the board. Later, Compaq acquired Zip2 for $307 million in cash in February 1999.

Musk received $22 million for his 7 percent share from the sale and making his first millions.

As of March 1999, Elon Musk who is the richest person in the world today was a co-founder of X.com, this is an online financial service and e-mail payment company, using $10 million gotten from the sale of Zip2.

A year later, the company was merged with Confinity, which had a money-transfer service called PayPal.

Related: 10 Apps to borrow money in the United States

After merging the company, the company focused on the PayPal service and in 2001 it was renamed PayPal.

Musk was overthrown in October 2000  as CEO (although he remained on the board) due to disagreements with other company executives over his desire to move PayPal’s Unix-based infrastructure to a Microsoft one.

Before its sale, Musk, who was the company’s largest shareholder, owned 11.7% of PayPal’s shares.

In 2017, Musk purchased the domain X.com from PayPal for an undisclosed amount, explaining that it had sentimental value to him.

Using $100 million out of his early fortune, Elon Musk who is the richest person in the world today, founded Space Exploration Technologies Corp, traded as SpaceX, in May 2002.

Musk is CEO and CTO of the Hawthorne, California-based company. By 2016, Musk’s private trust held 54% of SpaceX stock, the same as 78% of voting shares.

Tesla, Inc. (originally Tesla Motors) was integrated in July 2003 by Martin Eberhard and Marc Tarpenning, who financed the company until the Series A round of funding.

Both men carried out active positions in the company’s early development previous to Elon Musk’s involvement.

Elon Musk oversaw the Series A session of investment in February 2004, he then joined Tesla’s board of directors as its chairman.

According to Elon Musk, all three, along with J. B. Straubel, were inspired by the earlier AC Propulsion tzero electric roadster prototype.

Elon Musk carried out an active position within the company and supervised Roadster product design at a comprehensive level, but was not deeply involved in day-to-day business operations.

Following the financial disaster in 2008 and after a series of escalating conflicts in 2007, Eberhard was overthrown from the firm.

Elon Musk inferred leadership of the company as CEO and product architect in 2008, positions he still holds today. As of 2019, Elon Musk is the longest-tenured CEO of any automotive manufacturer globally.

Tesla Motors first manufactured an electric sports car called, the Tesla Roadster, in 2008, with sales of about 2,500 vehicles to 31 countries, which was the first serial production all-electric car to use lithium-ion battery cells.

Tesla started production of its four-door Model S sedan in June 2012. Although it disclosed its third product, the Model X, in February 2012, the launch was halted until September 2015.

In addition to its own cars, Tesla sold electric powertrain systems to Daimler (for the Smart EV, Mercedes B-Class Electric Drive, and Mercedes A-Class), and to Toyota (for the RAV4 EV). Musk was able to bring in both Daimler and Toyota as long-term investors in Tesla.

In January 2018, Elon Musk who is now the richest man in the world, was awarded an option to buy up to 20.3 million shares if Tesla’s market value were to rise to $650 billion.

The majority shareholder approval for this package was approved in March 2018. The grant was also meant to end speculation about Elon Musk’s potential departure from Tesla to devote more time to his other business ventures.

Elon Musk gave the initial concept and financial capital for SolarCity, which his cousins Lyndon and Peter Rive co-founded in 2006.

By 2013, SolarCity was the second largest provider of solar power systems in the United States.

In 2012, Elon Musk announced that SolarCity and Tesla would collaborate to use electric vehicle batteries to smooth the impact of rooftop solar on the power grid, with the program going live in 2013.

The Richest Person In The World (Summary)

Here’s just a quick detail about how Elon Musk, who is the richest person in the world currently, had journeyed to the top of the world’s richest people.

For couple of decades, Musk had ventured into series of businesses that provide value and today, he’s plans for the future had landed him in the top position of the world’s richest man.