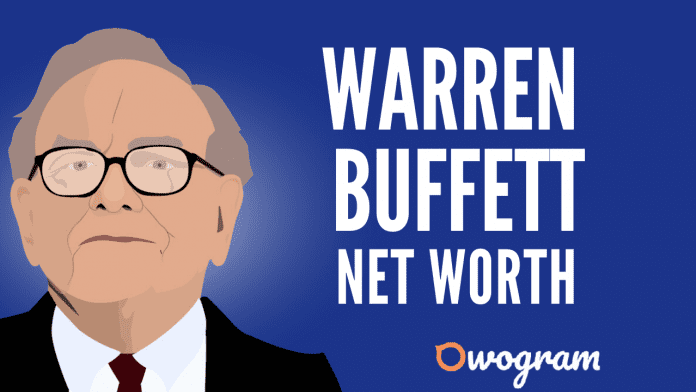 What is Warren Buffett net worth?

Warren Buffett is one of the world’s wealthiest people and perhaps the most influential philanthropist of our time.

Warren Buffett’s net worth has increased drastically over the years has established himself at a very young age and has majestically walked through the path of success.

Warren Buffett is an American investor, business tycoon, and philanthropist and is considered one of the most successful investors in the world, making him the fourth-wealthiest person in the world.

As of 2020, Warren Buffett’s net worth is estimated at $102 Billion dollars, making him one of the top 20 richest people in the world.

He is the chairman, CEO, and the largest shareholder of Berkshire Hathaway, a multinational conglomerate holding company headquartered in Omaha.

He has been the chairman since 1970 and has been referred to as the “Oracle” or “Sage” of Omaha by global media outlets.

He is known for his adherence to value investing and for his economical being despite his immense wealth.

Let’s look into the full details of Warren Buffett net worth considering his early life, businesses, investments, and other achievements.

Warren Buffett known as the “Oracle of Omaha”, was born on 30th August, 1930, in Nebraska, one of the 50 US states in alphabetical order. He was one of the three children of Howard and Leila Buffett.

He began his education at the Rose Hill Elementary School before he was transferred to Alice Deal Junior High School but he graduated from Woodrow Wilson High School in 1947.

He got admitted into the Wharton School of the University of Pennysylvania in 1947 where he studied for two years and later moved to University of Nebraska – Lincoln where he bagged a Bachelor of Science in Business administration.

He further attended Columbia Business School and bagged a Master of Science in Economics in 1951.

He has had some sense of business at a very tender age; he used to earn money by selling chewing gum and soft drinks.

As a teenager, he was involved in some money making ventures, through that, he was able to save and invest his money.

He was inspired by a book he borrowed from the Omaha public library at the age of seven, One Thousand Ways to Make $1,000.

He has had so much interest in a business that he really wanted to go into that after his high school education but was overruled by his father.

He was married to Susan Thompson in 1952 and blessed with three children and later got separated in 1977.

He never remarried until the death of Susan in 2004 after which he got married to his long time partner, Astrid Menks in 2006

This early life has really helped to boost Warren Buffett net worth because right from time, he had known the route to success.

Related: How much is Aliko Dangote net worth?

Warren Buffett net worth started building up when he began his career as an investment salesman at his father’s company, Buffett Falk & Co. between 1951 1954.

He then moved to graham-Newman Corp as a securities analyst from 1954 to 1956; from 1956 to 1969, he was a general partner at Buffett Partnership, Ltd. And from 1970 to date as Chairman and CEO of Berkshire Hathaway Inc.

He had started saving at an early age. He had amassed savings worth almost $10,000 by the age of 20.

He was appointed at Benjamin Graham’s partnership in 1954 with a starting salary of $12,000.

Benjamin Graham retired and closed his partnership in 1956, by this time; Buffett had a large amount of personal savings which helped him to start his own Buffett Partnership Ltd., an investment partnership in Omaha.

He opened several other partnerships and started earning from all his partnerships. As a result, he had become a millionaire in 1962.

Some years later, he merged these partnerships into one. He invested and eventually took control of a textile manufacturing firm, Berkshire Hathaway.

In 1973, Berkshire began to acquire stock in the Washington Post Company. In 1977, Berkshire purchased the Buffalo Evening News for $32.5 million.

It turned out to be one of Berkshire’s most lucrative investments. Through these investments, Warren Buffett net worth has been growing rapidly into billions of dollars.

In 2002, Buffett entered in $11 billion worth of forward contracts to deliver U.S dollars against other currencies.

In June 2006, Buffett announced that he would be gradually giving away 85% of his Berkshire holdings to five foundations, giving the largest contribution to the Bill and Melinda Gates Foundation.

In the past years, Warren Buffett has always been ranking between the first and second richest person in the whole world after Bill Gates.

Who knew Jeff Bezos, the Amazon billionaire would surface as the one of the richest couple of years later?

Though Warren Buffett is not one that spends stupendously, he could have been the owner of one of the most expensive houses in the world, but he prefers to keep his money in the bank.

The house is a symbol of this billionaire’s viewpoint of a rationalize lifestyle. Also, he is not extravagant with his car purchases.

However, Warren Buffett net worth, with his rationalized lifestyle, cannot be overestimated.

Warren Buffett Net Worth and Highlights

As of 2020, Warren Buffett’s net worth is estimated at $102 Billion dollars. Here are some of the highlights of his career:

In one of Warren Buffett’s quotes about money, he said; “Rule No. 1 is never losing money. Rule No. 2 is never forgotten Rule No. 1”.

He definitely has seen making money as a game he loves playing. No doubt, he’s super good at it.

Warren Buffett has made the news countless times. For example, because rumors have it that he invested in Bitcoin, one of the top ten most traded Cryptocurrencies in the world, in July 2020, his twitter account, coupled with many high profile investors was hacked.

One of Warren Buffett’s quotes says: “If you buy things you don’t need, you will soon sell things you need”. This explains that you should be prudent in spending. Invest/Save more and spend less.

Come to think of it, Buffett could have had lots of luxury items in his possession, like expensive cars, shoes, devices, etc. But he has chosen to spend wisely.

Your style is your signature. Don’t copy others; learn your own style and peculiarity because that is your personality and image.

Copying others is not a great way to go; there will be too much duplicates.

Reinvestment is always a great key to consistent growth. Reinvest the profit as you will be having more to gain and will serve you very well in the future. This is one of the secrets to Warren Buffett’s success.

Take Risks and Assess it

In business, risks are inevitable, but you should always assess the risks you are thinking of taking.

Assessing risks will help you weigh up the advantages and disadvantages involved in each one. And then you have a better choice from the alternatives.

That’s not all, here are more Inspirational life lessons from Warren Buffett that will inspire you to achieve your dreams.

Summary of Warren Buffet Net Worth

He is considered to be the most successful investor and biggest philanthropist of the 20th century and had pledged to donate most of his fortunes to social causes.

Warren Buffet net worth is undoubtedly one which worth more than a lifetime fortune as he has invested so much and he is tremendously getting its reward.

What do you think about Warren Buffett net worth? Kindly leave a comment.