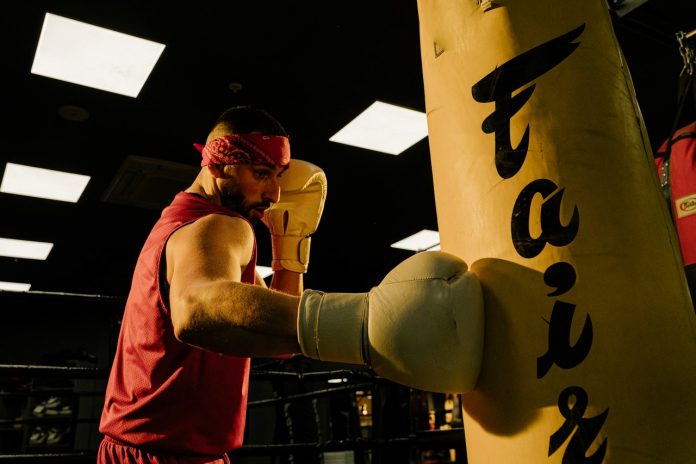 Check out the top 5 greatest boxers of all time in this article, and you’ll be fascinated by the facts and figures you’ll come across.

Boxing is a combat sport in which two competitors face off against one another in a boxing ring for a predetermined amount of time while wearing protective gloves and other protective equipment such as hand wraps and mouthguards. The duration of the match is determined beforehand.

Over many decades, powerful boxers have come and gone, and their names have been carved on stone.

The first boxing school was established by Jack Broughton, who reigned as champion from 1734 to 1758. In addition, he was a contributor to the development of the first set of boxing regulations and the design of mufflers, which were the forerunners of current boxing gloves.

Talking of rules and regulations, check out these 25 notable fun facts about boxing.

Broughton extended an invitation to gentlemen from high society to make the transition from supporting fighters to participating in the fights themselves. Hence, we started having a list of the greatest boxers of all time.

From that point on, boxing began to gain popularity, and as a result, standards and laws were established to safeguard boxers, transforming it into the sport that we are all familiar with and enjoy watching today.

You should check out our post about the top 20 richest footballers in the world, if you’re also a soccer fan.

Did you know, that Pugilism is the correct term to use when referring to the sport of boxing, despite popular belief to the contrary? Pugilism is defined as “the practice of fighting with fists and the skills associated with doing so.”

The Top 5 Greatest Boxers of All Time

Mohammad Ali is first on this list of the greatest boxers of all time.

He is the first three-time Heavyweight champion following an Olympic Light Heavyweight Gold Medal. He dominated the greatest era in Heavyweight history.

Muhammad Ali, was an American professional boxer, activist, entertainer, poet, and philanthropist. He was born on January 17, 1942, and passed away on June 3, 2016.

He is generally recognized as the best heavyweight boxer and greatest athlete of the century, earning him the nick tag “The Greatest.” He is widely regarded as one of the most significant and acclaimed sporting stars of the 20th century and has been given the nickname “The Greatest.”

Ali possessed a heart that would not give up and had faster hands, better footwork, the greatest jab in the history of boxing, an indestructible diamond chin, and better footwork.

Because he is so much more intelligent than Manny, he would tease Manny and try to throw him off his game both before and during the fight. He is a genius, and that is something that cannot be surpassed.

He is beloved by people of all races and on all seven continents; this is yet another title that boxers will never be able to claim for themselves.

Therefore, if you see the letters “GOAT” or the phrase “GOAT,” you will know that we are discussing the G.O.A.T., which here stands for “Greatest boxers of Of All Times.”

Largely considered the greatest Heavyweight of all time rivaling Joe Louis. In his prime he had one of the greatest chins, hand speed, heart and leg speed for any heavyweight in history.

His boxing technique incorporated the greatest jabs in history. He could use his weight well in close quarters and his jab-right hand combination dominated the sport for decades.

He beat 6 Hall of Famers including 3 Great Heavyweight champions at the peak of their careers; Foreman, Liston and Frazier. Even in decline, beat contenders and world champions with heart, strong chin, and intelligence.

Sugar Ray Robinson was a professional boxer in the United States who competed during the years 1940 until 1965, and he is one of the top 10 greatest boxers of all time.

Because of Sugar Ray Robinson’s dominance in both the welterweight and middleweight categories, sportswriters began compiling “pound for pound” rankings, in which they compared boxers without regard to their respective weight classes.

Ray Robinson was one of the fastest of all time, and in addition to his speed, he had incredible durability and knockout power.

Ray Robinson could fight in nearly any style, was equally skilled with both hands, and won titles in two separate weight divisions.

He was victorious over his greatest adversary, another all-time great, a total of five times, but he was defeated by him only once.

And who else was victorious over Robinson? Nobody was able to defeat him for his first 131 fights, and up until his first retirement, having passed his peak, one of Europe’s better middleweights in history (who got knocked out in the rematch), and a larger light-heavyweight champion, who was getting crushed, until the 103-degree heat caused the smaller, faster-moving Robinson to collapse after the end of round 13.

That’s incredible, not to mention that he fought some of the great middleweight boxers like Jake Lamotta, Rocky Graziano and Carmen Basilio.

It is quite unlikely that ANYONE would have been able to outperform Robinson at the same scale. But one thing is for sure, and that is that among the persons ranked higher than him, there is only one other person who could possibly be said to have demonstrated his prowess as a fighter just as much.

Moreover, even with victories against George Foreman, Joe Frazier, and Sonny Liston, the validity of that claim is in dispute. Sugar Ray is no doubt one of the greatest boxers of all time.

There is no question that Muhammad Ali and Mike Tyson being the two greatest boxers of all time in their respective sports.

Tyson won against tomato cans, but he also had a number of other victories that were really impressive. If Tyson and Holyfield had fought in 1991, the match would have had a different outcome.

Michael Gerard Tyson is a former American professional boxer who competed from 1985 through 2005. He was born on June 30, 1966 in the United States.

Right before Tyson unleashed hell, he moved his head so deftly that we appear to have forgotten how brilliantly he bopped and weaved it.

You couldn’t punch him hard enough to damage him, and by the time you did, you were already on the verge of losing your head.

During his time in the sport, Tyson was dominant in the heavyweight division, and he deserves credit for that.

According to BoxRec’s latest rankings, he is presently ranked fourth among the greatest boxers of all time.

It is difficult to argue against the notion that Manny Pacquiao is the greatest fighter of all time when one considers the fact that he has won world titles in eight different weight classes.

Sugar Ray Robinson, Pernell Whitaker, and Muhammad Ali were all extremely great boxers, but they were unable to win as many world titles in their respective divisions as Pacquiao did. One of the most unassuming boxers in the world.

Muhammad Ali was a fantastic fighter, but he was too sluggish, so his opponents would hold him against the ropes until Ali’s opponent became exhausted, at which point Ali would deliver a knockout blow with a haymaker.

Rocky never allowed anyone to touch him, and his hands appeared to be made of steel. His punches were quick, and he was light on his feet.

Rocky never let anyone touch him. His record reads 49-0, with 45 victories coming via knockout. He was a genuine champion, and even in the future, people would still consider him to be the best champion who ever lived.

He and Ali were separated in age by a few decades, but it would have been exciting to watch ability versus will speed versus power and, at the time, people would have framed it as black versus white.

Greatest Boxers of All Time (Summary)

Boxing exemplifies how the word “entertainment” can be understood in a completely different context . Boxing has been around since the time of ancient Greece, therefore the sport of professional boxing is not a recent invention.

Did you know that in the years leading up to the establishment of the National Boxing Association (NBA) in 1927, there was no professional organization in place to oversee the regulation of fighting rules and competitions?

What did you think of the greatest boxers of all time on this list? Let’s ahve your comments.