Home The Watch TooXclusive Music Blog – All You Need to Know 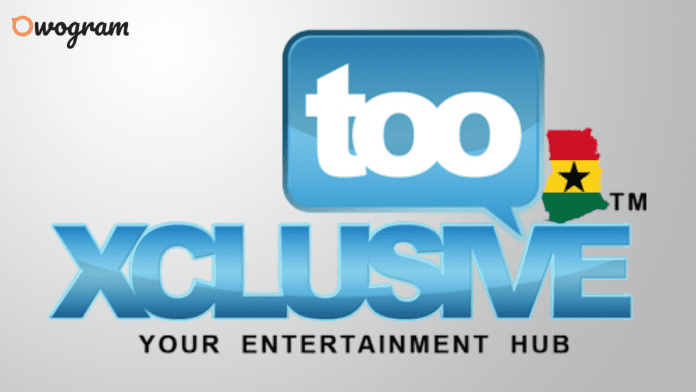 Have you visited the popular Tooxclusive music and entertainment website before?

Just in case you haven’t, I want you to know that all that Tooxclusive.com is about is mostly to give everyone access to music and entertainment of any kind; particularly, in Nigeria.

Who doesn’t like music? I’m sure everyone does. Music is used to express joy and pain. Not only that, but the vibes you can derive from listening to certain songs can suit your different needs.

Tooxclusive music blog is one of the best Nigerian music websites to download latest songs, and it has been at the top over the years.

Tooxclusive blog has been one of the leading music sites since it got launched in 2010.

In this music site, individuals have access to a series of complete music and videos which they could download as much as they want till they fill their entertainment desires.

It is of no doubt that Tooxclusive.com is among the top 10 popular music sites in Nigeria.

The tooxclusive site is notable for its music contents, music videos, and downloads which has found its way to the classification of the top 10 charts of Naija’s Finest in the music industry.

Tooxclusive music site publishes contents and creates profiles for artists in respect to their music and videos.

It has been the aim of Tooxclusive.com is to expand its music distribution throughout Africa and to also be the biggest music platform in Nigeria.

For a start, Tooxclusive has already expanded its activities and has created a Tooxclusicusive branch in Ghana.

Tooxclusive branch in Ghana releases music and videos for Ghanaian musicians, as there are already many popular musicians in Ghana.

No doubt, Ghanaian artists and the top 10 richest musicians in Nigeria have their songs listed on Tooxclusive blog.

Not only music and music videos, Tooxclusive also tends to host any sort of entertainment related to music just to get people thrilled in the music world.

Since the Tooxclusive.com has its industry expanded to Ghana already, it is of no doubt that it would also expand its music industry to the whole of Africa in the coming years.

Who Is The CEO of Tooxclusive.com?

He founded the site in 2010 with the aim to expand his industry to the whole of Africa. Not only that, to also distribute music and assist artists to get their music and entertainments known throughout Africa.

Tyler Ducan Sotubo is the Editor-In-Chief of Tooxclusive.com as it regulates all activities there in.

Tooxclusive.com has high level of visits from Nigeria, Ghana, US and United Kingdom.

Tooxclusive site gets over 2,500,000 visitors on average and also gains over 25 million page views on average every 3 months.

The average time spent per visit is around 8 minutes 50 seconds as it gets over 7,500,000 visits per month.

Below are some of the awards won by the Tooxclusive blog:

Related: What is the most translated website in the world? Find out

Below, you would find some alternatives:

Naijaloaded was launched in the year 2009, on the first of October by Makinde Azeez who is regarded as the owner of Naijaloaded.

Naiajaloaded.com.ng is rightly rated to be among the top 10 music and entertainment download websites in Nigeria.

Naijaloaded.com.ng has grown to be a successful site as it has expanded its level of involvement from just music and music videos to football, news, highlights or any sort of entertainment as it may seem.

Naijaloaded has 4 times award as the Music Website of the year during 4 of the City People Music Awards.

Naijaloaded is  the 12th most visited website in Nigeria as it has over 1 million page views per month.

Naijaloaded has a global ranking of 1,844 according to Alexa and has a net worth of $10 million.

Demola Ogudele is the owner of Notjustok.com. It was founded in 2006 and was notable for some popular award winnings few years after it began operation.

Notjustok.com is very similar to the Tooxclusive blog as it also distributes and hosts music & entertainment downloads for different artists in Nigeria.

Waploaded.com is also a similar music site to Tooxclusive music and entertainment site.

It is a popular website in Nigeria for music content downloads and a hub for news, movies and other entertainments as well.

Waploaded was founded in 2010 by Fidelis Ozuawala. Waploaded.com got its domain name registered in 2011 on the 16th of June.

Waploaded.com gains over 600,000 page views per day and over 2000 users accessing the website directly from Search Engine.

It is of no doubt that Waploaded.com is among the top 10 music sites in Nigeria.

Just like Tooxclusive.com, Jaguda.com is a music site and a music review site. It also engages in music uploads as it reviews different songs and music albums of different artists.

Jaguda music and review site was founded in 2009 and it has been hitting over 5 million page views and 200,000 visitors monthly over the years.

Jaguda music site won the Entertainment website of the Year in 2011 and 2012 during the Nigerian Blog Awards and was also nominated for several Nigeria Website Awards.

Tooxclusive.com is really a recommended music site where you have access to download different categories of music.

Tooxclusive music site also reviews different works of artists which tends to help them develop their career and progress in the music industry.

Are you also planning to have a music and entertainment site like Tooxclusive? Well, there is no other word to success other than hard work.

Just as the CEO of Tooxclusive.com did, the person of Olutayo Tyler Ducan Sotubo; he put so much hard work to get his industry to where it is right now, and presently his industry worth over $250,000. You too can get it done; you just need determination, hard work, and patience.

What do you think of this post? Just in case you have any contribution, question or anything to say at all, feel free to drop it in the comment box below.