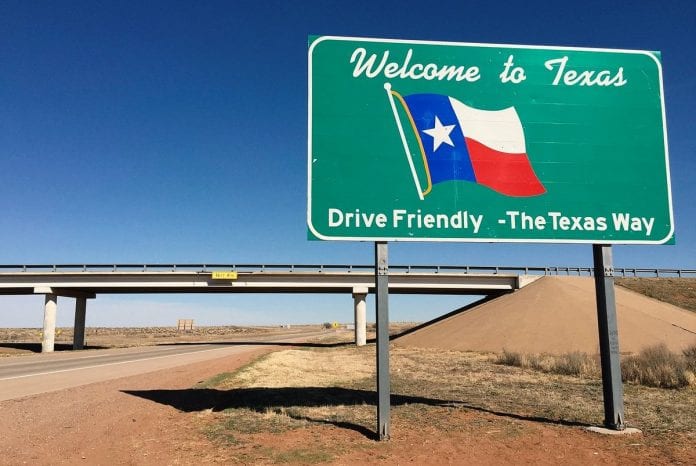 It is one of the most famous states in the U.S and it joined the union of the United States on December 29, 1845.

Texas is the 2nd most populous state in the USA when it is calculated based on population.

Not only that, Texas is also the 2nd largest in the United States when measured by area.

Texas State is located in the South Central Region of the U.S. It has a state gem which is called Texas Blue Topaz and it is also regarded as Texas official state stone.

You should check out more info about all fifty U.S states listed alphabetically.

Austin is the current capital city of Texas and a peculiar thing about Austin is that it is the Live Capital music of the World.

Texas is popularly known for a particular nickname which is called “The Lone Star State” and that explains why only one star is seen on the Texas flag.

Texas State is regarded as a Taysha word that means Friends and that makes the Motto reasonable enough because it stands for Friendship.

Texas is a big state in the USA and its population keeps increasing yearly. It is second on the list of the most populated states in the US.

The official Flag of Texas consists of three different colors which are White, Blue and Red.

Long ago, the people of Texas had flown a lot of flags before their independence from the Mexicans but the present design of Texas State Flag was adopted on the 25th of January, 1839 as a national flag of the Republic of Texas.

The designer of the flag is unsure, but some tributes are made to Dr. Charles B Stewart, Sarah Dodso, and Peter Krag’s Art containing the flag.

The flag of Texas has a big white star at the left area of vertical blue stripe while at the other side of the flag are horizontally divided by two colors which the white color is seen on top and the red is seen below it.

Related: All you need to know about Georgia state

Texas State is located in the South central region of the USA.

Texas State is the second-largest by area in the entire USA with a total area of 268, 596 square miles which amounts to about 695,662km2.

The First setoff European settlers of Texas were the Spanish missionaries.

When it comes to population, Texas is currently the second of the top 10 largest states in USA by population.

Texas was formerly called Mexican Texas but notwithstanding, a lot of indigenous groups had found their ways into Texas such as the; Apache, Alabama, Creeks, Koasati, Koroa, Kiowa, Pueblos, and many more.

Even before man inhabited Texas State, it was discovered through the studied Fossils that quite a lot of Dinosaurs had roam the land about 225 million BC to 65 million BC.

Later the traces of early cavemen was discovered during the end of the Ice-age period.

Texas State does not have any official language but the two most common languages that are well recognized in are both English and Spanish. Other random languages are German and Norwegian.

The official mammals of Texas State are the Nine Banded Armadillo and Long Horn.

Other recognized animals in Texas are; the Mexican free-tailed bat, butterfly, Texas Horned Lizard, Guadalupe bass and so on. The official state bird is the Northern Mocking Bird.

Interestingly, Beyonce, one of the top 20 richest musicians in the world is from Houston Texas.

Did you know that Texas is home to the fastest road in the USA?

It is found in a rural area that connects Austin and San Antonio’s road journey. Would you imagine how straight and long such a road would be? I still have 5 more interesting facts about Texas for you below.

5 Most Popular Cities In Texas

Texas State has about 962 cities and about 68 of them are often classified as Texas main cities. Out of these 68 main cities of Texas, only 5 of them would be detailed below according to their population.

Houston is located in the Southern part. Houston’s population has made it the fourth most populous city in the United States.

San Antonio is the second-largest city in Texas State as it has a total population of 1.53 million people.

San Antonio is known for many nicknames and some of them are; Countdown city, Military city USA, Alamo city, River city and more.

San Antonio is located in the South-Central. It has a total land area of about 504.64 square miles and about 5.79 square miles is the water area.

Related: All you need to know about Tennessee state

The third most populous city in the state goes to is the city of Dallas with a population of about 1.34 million people.

Dallas city is located in the Northern part of Texas. Dallas is also the largest inland metropolitan area in the United States of America.

Dallas city is well known for 3 Nicknames which are Triple D, Big D and D-Town.

Austin is the main capital city of Texas State and it is the fourth most populous city in Texas.

Austin has a total population of about 964,254 people upon the 2019 population census. After Phoenix city, Austin is regarded as the second most populous capital city in the United States.

Austin is located in the central area of Texas and it has a total area of 326.51 square miles amounting to about 845.66km2 and about 6.57 square miles is regarded as the water area.

Austin has a popular nickname which regards it as the “Live Music Capital of the World”.

Fort Worth has a population of 895,008 people according to the 2019 population census.

Fort Worth is located in the Northern area and it has up to four nicknames which are; Panther city, Queen City of Prairie, Cow town and Funky town.

Fort Worth city has a total city area of 355.56 square miles amounting to about 920.89km2 and about 8.28 square miles is regarded as the water area.

Texas State In The USA (Summary)

Texas is the 2nd most populated state in the USA and not only that, it is at the same time the 2nd largest state by area in the United States of America.

A city in Texas called Austin is popularly regarded as the Live Music Capital of the World as over 200 live concerts could hold in the city the same night and it is not just a city, it is also the state capital city of Texas.

Do you want to make friends? Try out Texas State as the people there are very friendly and there should be no surprise on that part because the motto of Texas is boldly written as the word “Friendship”.

Did you enjoy this post? How about the interesting facts above? Let’s have your thoughts by kindly using the comment box below.