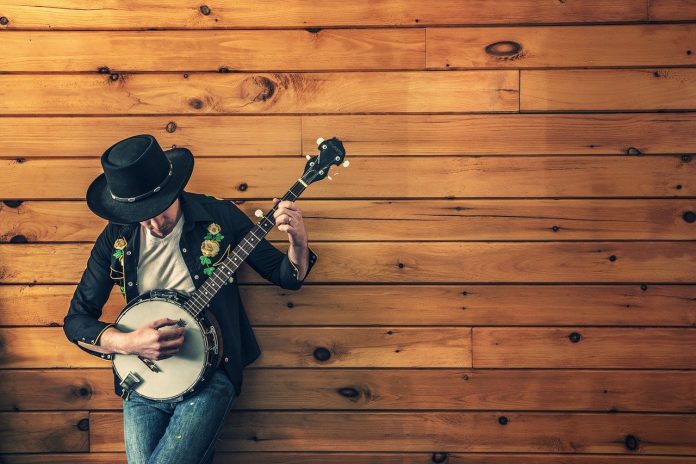 We bring to you interesting facts to know about Tennessee state, one of the 50 states and capitals of the USA.

Tennessee is the 16th most populous state in the United States and also the 36th largest state by area in terms of area size.

Tennessee has a popular nickname due to the impact of its people and soldiers in volunteering themselves for service and which as a result led to the nickname “The Volunteer State”.

Tennessee State’s name was derived from the word “Tanasi” commonly used in a Cherokee town located in the eastern area of USA.

Agriculture and commerce are the main aspects of the state’s economy boost as it cultivates several crops, produces different products from industries, and engage in businesses.

The State flower of Tennessee State is Iris and its state bird is the Mocking Bird.

The flag of Tennessee State is called the Tristar flag. The flag was adopted on April 17, 1905, and designed by Col. Roy Reeves.

The flag of Tennessee was originally proposed towards the approaching American Civil War and as a result, a red, white, and blue colored flag were formed.

Tennessee flag consists of 3 colors which are red, white, and blue. The red is displayed as the main background, the white and blue are also displayed at the side of the flag.

There is a thin white and a blue circle at the center of the flag with three equal white stars in it.

The three stars are arranged in a way that shows their equality and these three stars represent the three grand divisions of Tennessee consisting of the West Division, Middle Division, and East Division.

The state motto of Tennessee is “Agriculture and Commerce” and its slogan is “America at its Best”.

Tennessee is the 36th largest state by area in the United States of America.

Tennessee State is bordered by Kentucky to the north, Virginia to the northeast, North Carolina to the east, Mississippi, Georgia and Alabama to the south, Arkansas to the southwest, and lastly, Missouri to the northwest.

As Tennessee is one of the tourist attractions in the United States, different people from different states tend to move in to enjoy the beauty of the state.

Tennessee State is located in the southeastern part of the United States and based on 2020 United States Census, Tennessee’s population has been estimated to be about 6,916,897.

The kind of people that are in Tennessee is mostly English, Scotch-Irish, and African-Americans. With Tennessee’s population, the largest ethnic groups residing in Tennessee are the Whites and African Americans; others are Native Americans, Asians, Native Hawaiians or Pacific Islanders, and other races.

All these categories of people have worked beautifully together to create beautiful music in Tennessee as the state is known as the country music capital of the world.

The main language of the people of Tennessee is English and other languages recognized are Native English, Spanish, and few others.

The Ecosystem of Tennessee provides for a lot of natural habitats and wildlife. Some of the animals found in Tennessee are; birds, red squirrels, chipmunks, black bears, foxes, salamanders, frogs, raccoons, mussels, timber rattlesnakes, and many more.

Some of the dangerous Tennessee animals you could encounter are; black bears, timber rattlesnakes, wild boars, copper head snakes, and brown recluse spiders.

In 1971, Tennessee adopted the Raccoon as its official state wild animal.

Related: List of all 36 states and capital in Nigeria and their slogan

Below are 5 more interesting facts about Tennessee.

5 Most Popular Cities In Tennessee

Tennessee is a state in the United States of America and it is located in the southeastern area of the United States. Tennessee has about 425 cities & towns and the most populous of them all is Nashville city.

Five of the most populous cities in Tennessee would be detailed below accounted to their population.

The most populous city in Tennessee is Nashville with a population amounting to about 694,144 people.

Nashville is the state capital city of Tennessee. It is also the 23rd most populous city in the United States.

Nashville can be found along the Cumberland River located in Tennessee.

Nashville is the country music capital of the world, the other popular nicknames of Nashville are; Athens of the south and music city.

Nashville belongs to the county of Davidson as it is a consolidated city-county.

Memphis is the second most populous city in Tennessee state and it has a total population of 521,073 people based on its 2019 population census.

Memphis is located beside the Mississippi River in southwestern Shelby County, Tennessee. Memphis is the 25th most populous city in the United States.

Some of the nicknames for Memphis city are; Home of Blues and Bluff City. Memphis belongs to the county of Shelby.

Knoxville is a city in eastern Tennessee located along the Tennessee River. Knoxville belongs to the county seat of Knox.

Knoxville is the third most populous city in Tennessee and its population has been estimated to be about 187,603 people in line with the 2019 population census of U.S.A.

Knoxville is the 129th most populous city in the United States. Knoxville has series of nicknames which are; Heart of the valley, K-town, Scruffy city, Gateway to the Great Smoky Mountains, Marble city and many more.

The fourth most populous city in Tennessee, U.S.A is Chattanooga as it has a population ranging to about 182,799 people.

Chattanooga has a total area size of 390.29 km2 and about 19.99 km2 of it is water. Chattanooga belongs to the county seat of Hamilton.

Clarksville is located in the northern area of Tennessee, U.S.A and it is the fifth most populous city in Tennessee.

Clarksville has a total population of about 158,146 people based on 2019 population census in the United States. Clarksville can be found in the county of Montgomery.

Some of the nicknames known to Clarksville are; Gateway to the New south, Queen of Cumberland and Tennessee’s Top Spot.

Tennessee is popular for its country music as it is the birthplace of country music itself, not only that, the smoky mountains of Tennessee are worthy of people’s interests no wonder it is a top spot for tourist attraction.

In Tennessee nature crimes are prohibited and it is against the law to catch a fish with a lasso.

In 2003, Tennessee declared tomato as its state fruit. Also, in the history of Tennessee, there were series of earthquakes on the New Madrid fault zone and they were so mighty that the earthquakes created a lake in the process. The lake is called Reel Foot Lake.