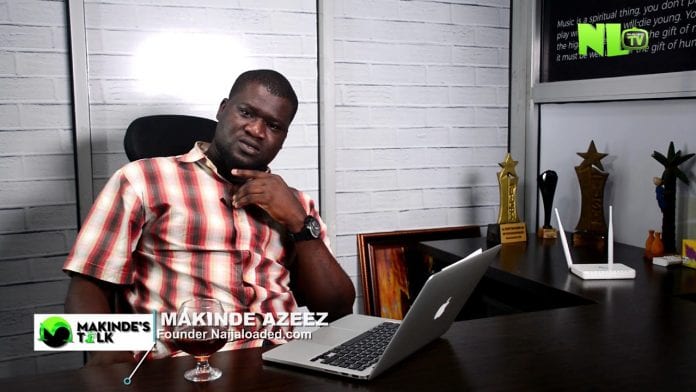 Makinde Azeez also known as mankind is a Nigerian internet entrepreneur and businessman.

Mankind was born on 10th Dec 1989 into a family of two. He had both his primary and secondary school education in Lagos, Nigeria.

He gained his first admission into Lagos state polytechnic for a national diploma program in computer science, and then he dropped out in 2010 just like many other internet entrepreneurs to focus on his career.

He went back to school and gained admission into Osun state university to study physics and electronics and finished he in 2016.

On 14th May 2017 he tied the knot with his long term girlfriend Mujidat Omokehinde at northern foreshore estate, chevron drives, Lekki Lagos, and they had their firstborn on 11th July 2017.

His journey into the tech industry started right after undergoing some training in web design program, and he discovered that most bloggers have no knowledge about web designing.

What Nigerian bloggers do as at then according to him in one of his interviews is that they outsource their design and programming jobs to outsiders, and those ones build based on their own understanding.

He understands what was lacking in different platforms in Nigeria and he found a solution to it by building his own website (Naijaloaded.com.ng) to address those issues.

That was how it started.

On October 1, 2009 Naijaloaded was launched.

The day was both on Independence Day and a public holiday for Nigerians.

After the launch, Naijaloaded was just like any other regular website on the internet until an issue occurred with Unilag admission in 2009.

It was on all Nigerian blogs that the school had announced the date for its exams but it was very difficult for users to get the information.

Makinde noticed this problem and he developed a solution. He created a page for exam information on Naijaloaded and his users grew rapidly from that simple but creative solution.

Before Makinde Azeez moved Naijaloaded into a music website, he found out there was no platform offering a very flexible music download system.

He modified the website, added some features to Naijaloaded.

Features like the comment section on each post where people can talk about new releases after downloading could hardly be seen on any music websites in Nigeria as at then but he made it all work.

Right now Naijaloaded has grown beyond just a music website. They are into music, football predictions, highlights, news and majorly anything.

Also, the company recently launched Naijaloaded tv (NLTV) is basically street interviews, exclusive engagements where people get to speak what’s on their mind.

The NLTV is doing well as it has over 81k subscribers on Youtube.

They also have another program called rap attack where students from different schools come together to do a rap battle and it’ll be posted online for Nigerians to watch.

There is little or no website that has so many categories just like how Naijaloaded has it all.

Naijaloaded accounts for over 35 million music downloads every month and the football predictions category is over 13 million visits every month.

The music category alone is bigger than some standalone websites. The company currently has over 19 staff, paying over a million salaries every month.

Naijaloaded has grown from 10,000 visits monthly when it first launched to a million page views monthly.

According to Alexa website ranking Naijaloaded as a Global ranking of 1,844 and ranks as the 12th of most visited websites in Nigeria.

Two years after Makinde launched Naijaloaded, a company came with an offer  to buy Naijaloaded for 20m naira and a brand new car then he was 21 years old.

He spoke to one of his sisters. His sister ask him did he need 20m naira as at then and he said no, and then she told him he shouldn’t sell.

When he was in 200 level, as an undergraduate student, another company came with an offer to buy the company for 1m dollar.

Surprisingly, two days after he heard one blogger did something with same amount of money he was offered to sell the company, he realized it is not worth selling.

He decided to keep the company running. Three years after, another company came, owned by one of the biggest mobile companies in Nigeria with an offer to buy the company for 3.5 million dollars for 50% ownership.

Makinde and his team were planning to open 15 offices in Nigeria and extend Naijaloaded to Kenya, Ghana, Gambia, South Africa, Rwanda.

He posted the offer on Facebook and someone called him, introduced himself and told him whoever asking is him to sell the company for 3.5m dollars for 50% is a bad person that he shouldn’t take the offer.

He advised him to go for 3.5m dollars for 40% so that he can still get total control over Naijaloaded.

Currently, Naijaloaded is worth over 10 million dollars, all thanks to the man of vision himself (Mankind) and all his advisers back then.

What did you think of Makinde Azeez and his story from 0 to millions? Let’s have your opinion in the comment box below.