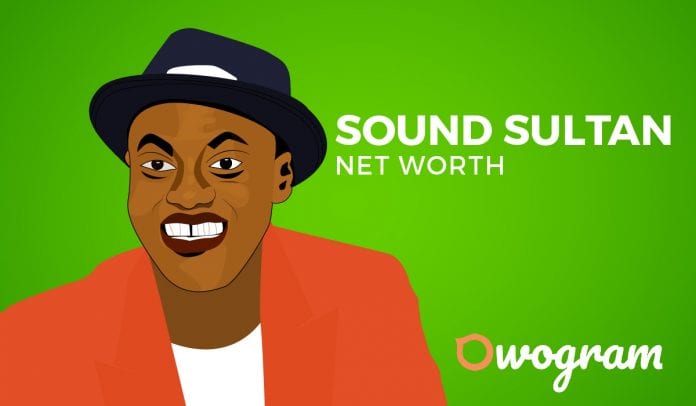 What is Sound Sultan net worth?

There are number of ways to become strong personalities, that’s why everyone chooses their unique niche.

The most frequently asked questions about celebrities is: How much money have they actually made?

Such type of questions gives you a wider picture and they are more entertaining as well. Here you got the complete information about Sound Sultan Net worth.

Sound Sultan is a musician and celebrity among superstars with a massive Net worth. Still, he’s not on the list of the top 10 richest musicians in Nigeria.

BREAKING!: Lanre Fasasi better known as Sound Sultan, is dead. The 44 years old ‘Jagbajantis’ crooner, lost it to his battle with cancer of the throat.

Sound Sultan’s Net Worth and Highlights

As of today, Sound Sultan is worth roughly $3.5 million dollars. Here are some of his highlights and awards:

Fasasi Olanrewaju aka Sound sultan was born on the 27th of November 1976 to Mr. Fasasi Liadi Alarape and Mrs. Fasasi Adeyinka Ajarat.

He is a songwriter, actor, comedian, and recording artist from Iseyin, Oyo State, Nigeria.

He attended Stepping Stone Nursery and Primary school, Federal Government College Ogbomoso, and Lagos State University in 1999, where he obtained a degree in Geography and Regional Planning.

How did Sound Sultan get started in music?

His early dream was to become a doctor, but influenced by his brother, Baba Dee, he embraced the music.

Sultan began showing interest in music in the year 1991, while he was still in secondary school. At the time, he used to write his own lyrics and also mime at school parties.

According to the singer, his elder brother Baba Dee was the first person who strengthened his love for music.

From writing his own lyrics, Sultan began to take lessons on the guitar, after which he began to host shows in order to raise money for his musical career.

By 1999, Sound Sultan had won several local talent hunt shows which helped him to release his debut single titled “Jagbajantis” in the year 2000.

Following the success of the single, the singer went on to release other hit songs and also collaborated with some of his label mates.

Sultan was signed to the record label Kennis Music at the time. He worked with the label until 2007, when his contract with Kennis expired, after releasing four albums under the label.

The singer later started his own record label called Naija Ninjas with his brother Baba Dee. It was at this point that he began to explore other genres of music such as Soul, R&B, Fuji, and Afrobeat.

As time progressed, the recording label began to grow from one level of success to another. Fast-rising singers like Karma Da Rapper, Shawn, Young GreyC, and Blacka are some of the artists that have worked with Naija Ninjas.

Sultan’s years in the music industry have seen him work with several local and international stars.

Sultan was featured alongside Nigerian singers Faze and 2face Idibia in Wyclef’s song “Welcome to Haiti: Creole 101”, after which he collaborated with the international star on two other songs titled: “People Bad” (2012) and “King of My Country” (2009).

Sound Sultan has seven successful albums to his name. His latest album was released in 2016, a year after he made a major comeback after staying away from the music scene for a long time.

Besides being a phenomenal singer, Sound is also a good actor. He scored his major acting role in 2014 in the universally acclaimed comedy movie, “Head Gone”.

November 2017, Sound Sultan joined forces with Wizkid and 2Baba to create Geshomo, which enjoyed massive airplay all over Africa and the United Kingdom.

Today, the 44 years old ‘Jagbajantis’ crooner, is no longer among the living. He lost it to his battle with cancer of the throat in July 2021

You can download any of Sound Sultan’s songs on any of these top mp3 music download sites in Nigeria.

In one of Sound Sultan quotes he said; “Watch the energy you put out to the universe. It is a cycle.”

Sound Sultan had early dreams of becoming a doctor, but later decided to go into music professionally.

He began training on how to play the guitar, after his high school education then joining a band in 1999.

Writing his own lyrics, Sultan began to take lessons on the guitar, after which he began to host shows in order to raise money for his musical career.

When he was in school, he did musical activities, played sports, and joined many clubs all at once.

Although none of his experiences were particularly negative, it was made clear to him by the end of that year that, music was what would take him to the farthest in life.

After this realization, he made the decision to drop all other extracurricular activities and put the entirety of his efforts into music.

Since then, his passion for music has grown and flourished, making itself into being want to do for the rest of my life.

There’s nothing wrong with being unsure of your goals for some time, but when you know what it is that you want to do, don’t hold back and don’t let anything stand in your way.

Related: What is Femi Kuti’s net worth?

Summary of Sound Sultan Net Worth

Sultan prefers the music field but he is performing as well as a comedian and actor. Don’t let mockery stop your hustle! Work hard, follow due process and your hustle must surely pay!

As of today, Sound Sultan net worth is estimated at roughly $3.5