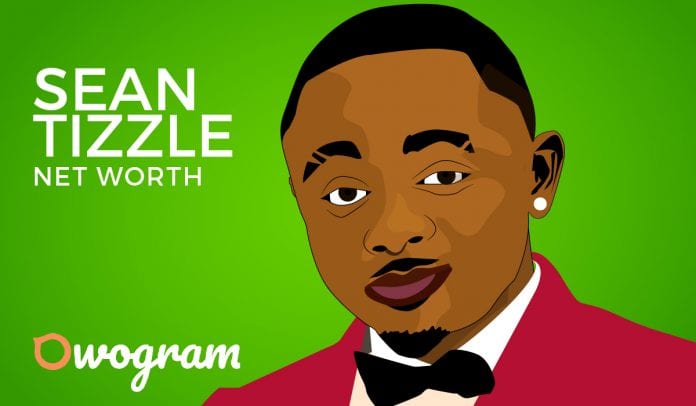 How much is Sean tizzle net worth?

Sean Tizzle is one of the biggest music artists who is well known all over Nigeria.

Despite the fact that it has been a while since he released a hit song, he is still one big artist to reckon with when talking about the Nigerian music industry.

Sean Tizzle as he’s known on his financial reports, is one of  the highest paid musician on the list of celebrity earners in Nigeria, and Sean Tizzle net worth is believed to be as high as you can imagine.

Sean Tizzle has transformed his career in recent years in a bid to revive his career which is believed to be on the wane.

Although he is not listed as one of the top 10 richest musicians in Nigeria, one might wonder how much is the current value of Sean Tizzle net worth, what other things he does to earn money, and so on.

This article is here to answer any questions you may have concerning Sean Tizzle’s early life, career and more.

Sean Tizzle’s Net Worth and Highlights

Sean Tizzle was born on the 18th of December 1989 in Ikeja, Lagos state but originates from Ondo State Nigeria. Who knew what Sean Tizzle net worth would be?

Sean Tizzle with the rest of his siblings were raised both in Ibadan where he completed his secondary school education and Lagos State.

He hails from a Christian family and he is the fourth child of five children in the family.

He then studied for a bachelor’s degree in theater arts in the prestigious University of Ibadan.

Sean Tizzle started out as a Rapper by forming a ‘3-Way Band’. He however left the group after discovering his voice was good for vocals.

He also joined a record label named Naija ninjas but he was unable to do any tangible music till he left the label. At that time, Sean Tizzle net worth was nothing to write about.

His career experienced an upturn when he eventually signed for the record label named Difference Entertainment where he began working with popular producers such as D’tunes who was credited for producing the hit song Kukere for Iyanya.

After signing for the label, he released the hit song ‘Sho Le’ whose video was shot and directed by Unlimited L.A.

The single immediately propelled him into the limelight and he became well known all through the music industry.

Before then, he had released up to eight tracks. After the release of his critically acclaimed single, he released ‘Kilogbe’ and ‘Kilogbe Remix’ featuring YBNL boss- Olamide and ‘Baba Hafusa’ Reminisce

On April 17, 2014, Sean Tizzle released his first studio album, ‘The Journey’ which according to him is a song about his rise to stardom, with 17 tracks and hit singles like “Loke Loke” featuring 9ice, ‘All the way’ featuring KCee, ‘Komagbon’ and ‘Take it’.

Later in 2014, he left Difference entertainment to start up his own record label named Tizzle nation.

Aside music, Sean Tizzle has also been able to try out his abilities on the big screen through acting. He has made appearances in movies like ‘The Dazzling Mirage’ as well as in movies like ‘Moving Forward and ‘Astray’. And we can tell that his performances in these movies were top notch.

In one of Sean Tizzle quotes, he said; “Suffering is not holding you, you are holding suffering.“

You can download any of Sean tizzle’s songs on any of these best Nigerian music blogs.

Sean Tizzle didn’t become famous overnight, he earned it through hard work, devotion, and responsibility. As business people, we should be persevering and committed to our business.

Sean Tizzle recognized what he knew he is best at and showed signs of improvement at it. He is one of only a handful of Nigerian hip-hop artists who sings in Yoruba.

In any venture we find ourselves, we have to endeavor to be the best at whatever we do.

Summary of Sean Tizzle Net Worth

Sean Tizzle has come a long way in the Nigerian music industry to gain the status he has today.

Sean tizzle net worth is the evidence of the hard work he has put into his career and any upcoming artist can make him one of the role models to look up to when building a music career.

Sean Tizzle net worth is quite impressive considering the fact that he had fallouts with some of the big influencers in the music industry as a result of his zeal to remain independent which is commendable.