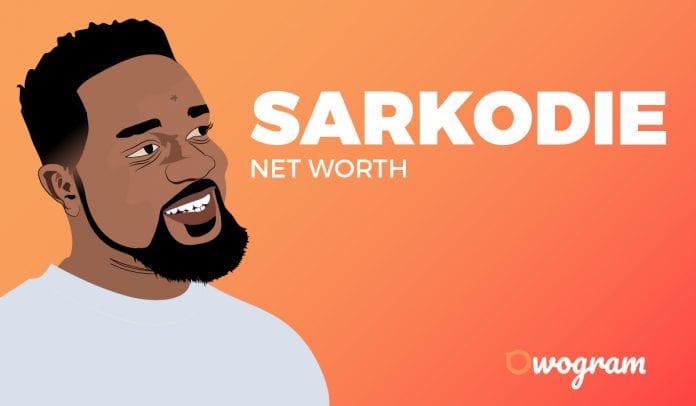 What is Sarkodie net worth?

Sarkodie is one of the popular Ghanaian fastest rappers, artists, celebrities, and entrepreneurs. His contributions to the Ghanaian music industry have earned him numerous accolades.

He was announced the first winner of BET’s Best International flow act at the 2019 BET Hip Hop Awards, he has also been considered as one of the major proponents of the Azonto genre and dance.

This article provides you the information of Sarkodie’s worth, early life, career, and several other achievements.

Sarkodie Net Worth and Highlights

As of today, Sarkodie is worth an estimated to be $7.2

Sarkodie net worth makes him be a subject of discussion. This has earned him a top spot on the list of the top ten richest musicians in Ghana.

Here are some of his awards and highlights below:

Sarkodie was born on 10th July 1988, in Tema, Ghana. He is the fourth born of five children. His mother’s name is Maame Aggrey.

After completing his secondary school education, he then proceeded to IPMC, where he earned a degree in graphic design.

Through his hard work, persistence, and smart ways which are key contributors to his success, Sarkodie is among the richest musicians in Ghana as well as in Africa.

Read through this article as we unravel some information on how Sarkodie net worth got to where it is today.

Sarkodie began his music career as an underground rapper when he participated in Adom FM’s popular rap competition Kasahare Level.

This attracted him to his former manager, Duncan Williams of Duncwills Entertainment.

He also met musicians Edem and Castro, who introduced him to Hammer of The Last Two, an established record producer.

Following his collaboration with Hammer, Sarkodie recorded his debut album “Makye” whose production was primarily handled by Killbeatz and Jayso.

His second studio album “Rapperholic” was released in 2012 which featured guest appearances from Efya, Chidynma, Mugeez of R2Bees, Obrafour, Jayso and EL.

In May 2014, he performed at the 15th edition of the Ghana Music Awards. On 7th June 2014, he joined Miguel on stage to perform the latter’s single “How Many Drinks?” at the MTV Africa Music Awards.

He has won several other awards and nominations to his credit, and this is also one of his greatest achievements.

Sarkodie has worked with Davido, one of the top richest musicians in Nigeria, and other; Ice Prince, Patoranking, Banky W,

To his achievements, Sarkodie has endorsed with so many companies which include: Samsung, FanMilk Ghana, Tigo Telecommunications Ghana. In partnership with Samsung, he launched a headphone series called the “Obidi Chief headphones”.

These brands have secured his services in the past which has made Sarkodie net worth to be really on a high side.

Apart from the endorsement deals, he is also a business man and a great philanthropist. He has luxurious mansion in Accra and UK worth over $250,000. He also has fleet of expensive cars.

Undoubtedly, summing up his assets and other life investment, Sarkodie net worth makes him one of the richest artists in Africa.

In one of the great Sarkodie quotes, he said; “Those who fear to fail will never be hailed.” – Sarkodie

It is always said that ‘if you dream it, you can achieve it’.

To become a legend or someone that people praises, you have to first see yourself in such a position, you have to create a mental picture of who you want to be.

Until you do that, you may never have the drive or passion towards its pursuit. Sarkodie is a dreamer and he is a reflection of his dreams.

You are who you are and you should be proud of whom you are.

If there is one thing you cannot decide on, it is your origin. So don’t see you as a mistake, instead, appreciate it and make the best out of it.

Sarkodie raps in his native language, yet, he is heard all over the world. He embraces his culture as an African.

Every human being goes through storm at one point or the other.

It does not matter how many times life knocks you down, what matters is that you keep getting on your feet every time you fall.

Sarkodie faces lots of family issues especially between his parents which is enough to kill his self-confidence. Instead, he took his destiny into his hands and came out to be the best of himself.

Summary of Sarkodie Net Worth

Although he had a rough beginning, he was able to trace his path to fame.

With Sarkodie net worth, he is arguably one of the wealthiest celebrities in Ghana and Africa at large.

He has earned so many awards to his credit, performed on both local and international platforms. 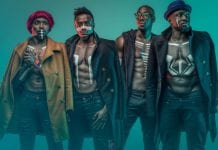