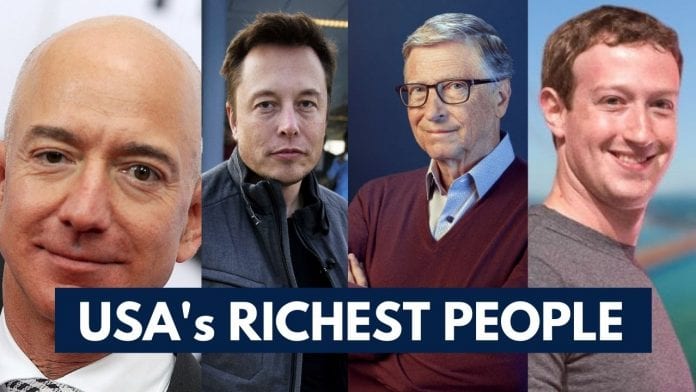 I am sure you must have asked that question at some point. Many in the world are curious about who makes the list of the USA’s top richest people.

For one, USA is known to have given birth to top businessmen and women, inventors, great philanthropists, and so on.

The number of successes recorded by these people in their various endeavors have brought them great financial incentives, either through the amount of money they make per second (for some), or based on the number of their products consumed by the world’s population.

Worthy of note is the fact that these people did not just wake up to become successful and influential in their different endeavors, they had to overcome many hurdles, and also made sacrifices, together with hard work and determination.

These people have made great fortunes and fame for themselves in fact, most of the people that make up the list of richest people in the world are from USA.

You will be thrilled to know that there are other wealthy and influential people in USA who have also made great fortune for themselves but are not recognized worldwide.

This article presents a list of top ten richest people in USA, together with their net worth and a short bio.

Like her male counterpart on the list of top ten richest people in USA, Alice Walton happens to be one of the few women who have reached the height of success in her career. Alice Walton is an American heiress to the great Walmart family fortune.

She is also the founder of Llama Company, an investment bank where she served in the capacity of the president, CEO and Chairwoman.

Alice Walton was also instrumental in the development of Northwest Arkansas Regional Airport, which was officially opened in 1998. In 2001, Alice was inducted into the Arkansas Aviation Hall of Fame.

Steve Ballmer is an American investor who served as the CEO of  Microsoft Corporation for 14 years. Presently, he is the owner of the Los Angeles Clippers of NBA (National Basketball Association).

Steve Ballmer is a native of Detroit, Michigan, USA. He was born on 24th March, 1965. After Roberto Goizueta, Steve Ballmer became the second person to become a billionaire in U.S dollars on the basis of stock options received as an employee of a corporation in which he served neither as the chairman or a co-founder.

In 2017, Ballmer launched a non-profit organization which he called USA Facts. Org, aimed at giving people insight into US government revenue and expenditures and other societal impacts.

Sergey Mikhaylovich Brin is an American computer scientist and co-founder of Google and President of Google parent company, Alphabet, Inc. He founded the company together with Larry Page.

Sergey Brin is a native of Moscow, Russia but signed citizenship in USA, in 1979.

Brin has received many awards for his contributions in the technology and computer world. Together with partner, Larry Page, Brin was named in the MIT Technology Review TR100, as one of the top 100 innovators in the world below 35 years of age.

Sergey Brin, along with Larry Page, were recipients of Award Recipients and National Finalists for the EY Entrepreneur of the Year award.

Today, Sergey is one of the top 10 richest people in USA with a net worth of $97.9 billion.

He is a computer scientist, who obtained his Bachelor of Science degree (BS) at University of Michigan and also a Master of science (Ms) at Stanford University.

Born on March 26, 1973, in Michigan, Larry Page is the co-creator of PageRank, a search ranking algorithm for Google. He received the Marconi Prize in 2004 with co-writer Brin.

The creation of Google, fetched them great fortune, as it became the most widely used search engine in the world, earning them billions of dollars.

Larry Page was named a World Economic Forum Global Leader for Tomorrow together with his colleague Sergey Brin, in 2002.

The following year, Page and Brin was awarded an MBA award form IE Business School for embodying the entrepreneurial spirit and lending momentum to the creation of new businesses

In August 2017, Page was awarded honorary citizenship of Agrigento, Italy. Today, he is one of the richest people in USA.

Born on August 17, 1944 in New York, Larry Ellison was recently ranked number ten on the list of world’s wealthiest people. He is the proud owner of Lanai, in Hawaiian Islands with over 3000 inhabitants. The island ranks number 41 on the list of largest islands in the USA.

Larry Ellison was awarded the Golden Plate Award of the American Academy of Achievement in 1997. In 2013, Ellison was inducted into the Bay Area Business Hall of Fame.

He also launched Sensei, a wellness company Hawaiian Island Lanai in 2020. He also became the director of the Tesla, Inc board, after he bought 3 mjllion shares in 2018.

5th on the list of the top 10 richest people in USA is Warren Edward Buffet. He is the CEO of Berkshire Hathaway, and also one of the wealthiest and most successful American Investor and business mogul in USA and in the world at large. He is also the seventh wealthiest person in the world.

Warren Buffet was born on August 30, 1930, in Nebraska, United States of America. I took interest in Investment and business during his youthful days.

He attended the Wharton School of the University of Pennsylvania after which he also attended Columbia Business school.

In 1970, Buffet became the chairman and largest shareholder of Berkshire Hathaway. He is the founder of The Giving Pledge where billionaires make a pledge to give half or nearly half of their fortunes for charity.

In a survey carried out in 1999 by the Carson Group, Warren Buffet was named the top money manager of the twentieth century.

Mark Zuckerberg is one of he youngest richest and influential personalities in the world. He is the Co-founder of Facebook, Inc.

Mark Elliot Zuckerberg is also the co-founder of Solar Sail spacecraft development project Breakthrough Starshot. Mark was born in White Plains, New York, U.S, on the 24th of May, 1984.

Mark Zuckerberg attended Havard University where he first launched the  Facebook Social Networking services on the 4th of February, 2004.

The rapid expansion of Facebook beyond colleges made Mark Zuckerberg take Facebook officially to the public after it had recorded up to one billion users in 2012.

Prior to that, he had already become the world’s youngest self-made billionaire in 2007, at 23 years of age.

In 2016, Mark Zuckerberg ranked 10th on Forbes  of The World’s most Powerful people. Today, he is one of the top 10 richest people in USA.

William Henry Gates III, commonly known as Bill Gates, is an American-born software wizard, Investor and business tycoon who has made a name and great fortune for himself, over the years.

Born in Washington, on October 28, 1955, Bill Gates is a school dropout who didn’t finish his university education at Havard University, after he found his mark in software development.

His journey to becoming one of the richest people in USA started when he co-founded the Microsoft Corporation. Bill and Melinda Gates Foundation, founder of Branded Entertainment network and also the CEO of Cascade Investment.

In 1996, Bill Gates was inducted into the US National Academy of Engineering, owing to his contributions to the development of personal computing.

Born on the 28th of June, 1971, Elon Reeve Musk is a business tycoon, as well as an entrepreneur. Tesla, Inc., and SpaceX are his sources of wealth. He is the Founder, CEO, and chief engineer of SpaceX, and also the CEO and product architect of Tesla, Inc.

At the beginning of 2020, the net worth of Elon Musk was reported to be $27 billion, according to Forbes. At the fall of 2020, His net worth had risen by a massive $100+ billion owing to his ownership of about 20% of Tesla Stock.

Elon Musk has also received several accolades for his contribution to the world of technology and business. In 2018, he was listed as a fellow of the Royal Society.

As it stands today, Jeff Bezos is currently the richest person in USA with a net worth of $200 billion.

Bezos is a graduate of Princeton University and a U.S born entrepreneur and business mogul, Jeffrey Preston Bezos who is popularly known as Jeff Bezos, is the CEO and Founder of famous multinational technology company Amazon.

Jeff Bezos was born on January 12, 1964 in Albuquerque and bred in Houston, USA.

He was also included  in Fortune’s list of 50 great leaders of the world for three straight years, topping the list in 2015.

In 2018, Jeff Bezos was presented with the Buzz Aldrin Space Exploration Award at the Explorers Club annual dinner, owing to his contribution to Blue Origin.

In 1997, Jeff Bezos became a millionaire when he raised about $54 million through Amazon’s IPO (initial public offering). In 1999 he hit a net worth of $10.1 billion. As a result of this achievement, Jeff was included in the list of Forbes World’s Billionaires.

The Richest People In USA (Summary)

Having taken a look at the top ten richest people in the USA, you will agree that indeed, success comes not from hard work alone, but also through determination, diligence and focus in their respective businesses.

Also, it goes without saying that this list is subject to change as the struggle to be the richest person isn’t for those on this list alone, it’s for everyone with a dream. 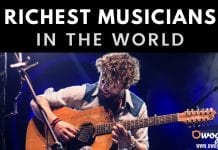 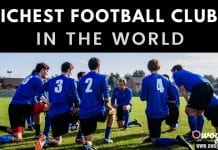 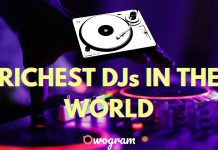 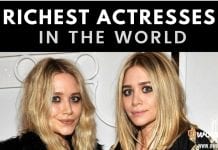