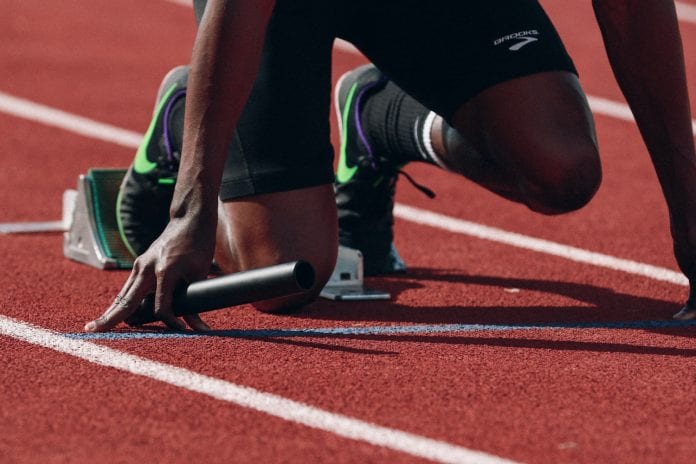 Nigeria is one of the most athletic nations in the world. Not only are the Super Eagles one of Africa’s top football teams, but the national squad has also impressed the world with their performance at the 2018 FIFA World Cup, where Argentina narrowly beat Nigeria out of Group D.

The nation has also brought home multiple gold medals in the Olympics, including a gold medal for football in 1996. Outside of football, track and boxing events are also the stronghold of Nigerian nationals, such as when Chioma Ajunwa won the 1996 gold medal in women’s long jump.

When it’s time for international athletic competitions, Nigeria poses a major threat. But that doesn’t mean all athletes stay in their mother country. Some of the world’s most competitive and lucrative sports leagues have Nigerian players on their rosters.

From football (American and standard) to basketball, Nigerian athletes are signing long-term contracts worth millions of dollars.

While some, like Odion Ighalo, have drifted around the world’s top-tier leagues, others, like Giannis Antetokounmpo, are redefining a single league.

Keep reading to learn about the world’s richest Nigerian athletes.

Jeff Okudah, born in New Jersey, USA, didn’t grow up in Nigeria. Instead, his family emigrated to the US in 1990, nine years prior to his birth. However, Okudah has been vocal about his family’s Igbo roots and the emphasis his family placed on humility and respect.

As the third overall pick in the 2020 NFL Draft, Okudah is one of the most promising Nigerian athletes in the world. In 2020, he signed a four-year contract with the Lions worth a total of $33,528,544.

His time with the Detroit Lions has highlighted his skills as a cornerback. With a unanimous All-American spot and as a finalist for the Jim Thorpe Award with Ohio State, Okudah may be able to swing the Lions’ NFL betting odds from top sportsbooks in the coming years. However, he’s still on the injured reserve after undergoing muscle surgery in December 2020.

Born in Lagos, Nigeria, Odion Ighalo is one of the most-traveled Nigerian athletes. He got his career start with the Norwegian club Lyn in 2007, but hasn’t stayed still for long since then.

When he isn’t appearing on the Flying Eagles, he’s playing in the Premier League, Chinese Super League, La Liga, Serie A and, most recently, in Saudi Arabia.

In addition to his time with some of the world’s most competitive football leagues, Ighalo also led Nigeria to a bronze medal in the 2019 Africa Cup of Nations.

He also earned himself the top scorer award. Ighalo’s most lucrative contract came from his time in the CSL. Today, he has a net worth of $23 million.

Born in Lagos, Nigeria, Wilfred Ndidi is the country’s most competitive football player on the pitch today. As a defensive midfielder, Ndidi got his start with the Belgian Pro League before advancing to Leicester City in the Premier League in 2017.

His transfer from the Belgian team Genk saw Leicester pay out $23.59 million for the player. Since then, Ndidi has quickly become one of the most talked-about young talents in the Premier League. He has committed to Leicester until 2024 with a contract worth $32.47 million.

Born in Lagos, Nigeria, Victor Moses is a winger who’s played on nearly as many teams as his senior, Odion Ighalo. In 2007, Moses got his start with Premier League team Crystal Palace before jumping around England’s other leagues, including Championship and League One.

Moses currently plays in the Russian league Spartak Moscow, on loan from Chelsea. His five-year contract with the Premier League club is worth $27 million (set to end this year).

Though Jeff Okudah is making waves in the US’s NFL, he hasn’t quite hit the star power of global basketball icon Giannis Antetokounmpo.

Born in Athens by Nigerian parents, Antetokounmpo’s basketball prowess saw the young player head to the US to start his college career.

The power forward has become one of the NBA’s greatest sensations. Not only is he a favorite for his technical skill and lovable personality, but he’s also become the face of Nike’s next generation of athletic retail.

Drafted in 2013 by the Milwaukee Bucks, Antetokounmpo recently signed a new deal with the team that’s worth $228.2 million over the next five years.

He is considered one of the top players to come out of his generation, and could easily inherit LeBron James’ place as GOAT after he retires in the coming years.

From there, he spent ten years with Chelsea in the Premier League before heading to the CSL.

From there, he’s bounced around from the Championship to the Turkish football league before landing with Stoke City in 2020. After his storied history with football, Obi now has a net worth of $57 million.

Obi is one of the leaders of the Nigerian Super Eagles football team. During the 2005 Under-20 FIFA World Cup Youth Championship, Obi placed just behind Lionel Messi for the Player of the Tournament. His last performance with the national team was at the 2019 African Cup of Nations.

Born in New Jersey to a Nigerian father, Bam Adebayo gets his name from his father’s nickname for him: Bamm-Bamm from The Flintstones. Adebayo has played in the NBA with the Miami Heat since 2017 after a successful college career with the Kentucky Wildcats.

Since joining the Miami Heat, Adebayo has been named an NBA All-Defensive Second Team and an NBA All-Star. Much like Antetokounmpo, Adebayo signed an extension with his original squad last year.

Depending on his performance in the coming years, Adebayo could earn up to $195.6 million, with $163 million guaranteed.