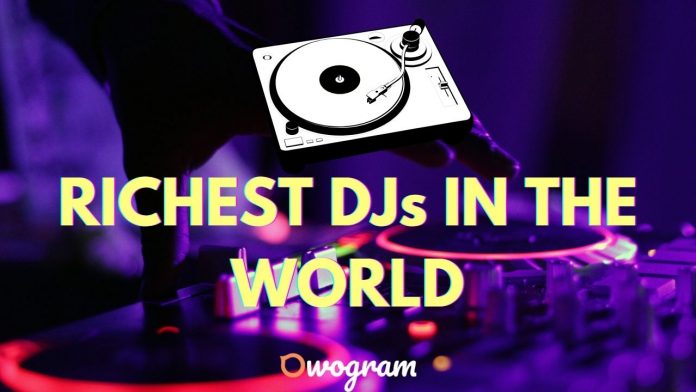 We bring to you the top 20 richest DJs in the world in 2021 and their current net worth.

Did you know that there are some DJs in the music industry that are making it big time? Some of their earnings and charge per show surpasses those of some richest musicians in the world.

Worldwide, when it comes to music, musicians are usually held in high esteem but the world has failed to understand that without these DJs, who will produce beats for these musicians, and who will create mixtapes for music lovers to enjoy?

In the past, Disc Jockeying ( which is the art of combining different songs together to Form a mixtape to create fun and excitement especially when they are played at parties or events) was a profession many didn’t want to associate with.

Today a lot of DJs (Disc Jockey) have earned a great fortune, fame, and even several awards for their skills and talents in creating fascinating beats and mixtapes for musicians.

Marshmello who is popularly known for his trademark dressing of always wearing a huge mask that looks like Marshmello is an American DJ and electronic beats producer who has produced many award-winning mixtapes and has also featured several notable musicians in some of his songs.

Marshmello’s real name is Christopher Comstock has produced songs that are multi-platinum certified in various countries and were ranked among the Top 30 of the Billboard Hot 100.

He has won 6 awards since he burst into the music scene in 2015.

Marshmello’s success as a DJ has earned him a spot on the list.

He also has a staggering net worth of $40 Million.

Judge Jules is an award-winning British record producer, DJ, and entertainment lawyer who has been in the music industry since 1987.

He has so far garnered over 13 awards in his career as a Disc Jockey.

Zedd whose birth name is Anton Zaslavski is a German record producer and Disc Jockey, as well as a musician who has produced several albums and hit singles including the most listened “The Middle”, “Stay the Night” which was considered the most listened to songs according to World’s charts.

He has featured a lot of A-list artists such as Katty Perry, Lady Gaga, Foxes, etc.

Another prominent DJ on the list is DJ Digweed.

An American record producer and award-winning DJ, DJ Digweed who was voted by DJ Magazine as the World No 1 DJ in 2001, has been doing what he knows how to do best since 1989.

He has garnered a lot of accolades for his dexterity

He has garnered a lot of accolades for his dexterity in sound production and creating mixtapes.

He has 44 compilation albums, 12 singles and has been ranked countless times in the DJ Magazine Top 100.

Currently, over 50 years of age, Digweed has achieved immense success as a DJ and he presently sits on a staggering net worth of $48 million, ranking him number 17 on the list.

Skrillex is one of the most skillful, richest, DJs in the world, with a unique style.

He is an American DJ whose specialty is in the production of electronic beats and dance music.

He is very outstanding with musical instruments and to add to that, he is also a singer and sing writer.

Skrillex has won the Grammy Awards more than three times and has also won the MTV Video Music Awards twice in different categories.

His achievements over the years in the Disc Jockey business have earned him a spot on the list.

Another successful DJ and record producer in the world is Ryan Gary Raddon, popularly known as Kaskade.

Two-time America’s Best DJ Awardee is also a record producer who has ten albums to his name.

He has also been nominated seven times for Grammy Awards and has gone on 9 different tours.

Currently 50 years old, Kaskade has made a name for himself and has achieved tremendous success in music, as a DJ with his net worth of $50 million.

Deadmau5 whose name is Joel Thomas Zimmerman is a prominent DJ and record producer from Canada.

He is one of the highest-paid electronic music DJs in the world.

Just like Marshmello and Daft Punk, Deadmau5 also wears a mask as his trademark.

He majors in the production of progressive house music along with other genres of electronic music.

He has been nominated six times for the world’s biggest award, Grammy Award.

Armin Van Buuren is a popular DJ, and record producer who began working as a Disc Jockey since 1996.

He is also the host of various radio shows such as ASOT, A State of Trance.

ASOT is a radio show which is normally aired every week and has so far recorded a total of 40 million people in 84 countries in more than 100 FM radio stations, who tune in to listen to him kill the beat.

Armin Van Bauren has top the list as No 1. DJ On DJ Magazine for five times in four consecutive years.

He is also the fourth trance artist and DJ to have been nominated for a Grammy Award.

Known popularly by his stage name Paul Van Dyk, Mathias Paul is a German DJ who has ranked number one in the world in 2005 and 2006.

He is the first DJ ever to be listed as the number by Mixmag in 2005.

He has sold a record-breaking 3 million copies of his albums worldwide and has also won a Grammy Award for his five-star work.

Afro jack is another famous DJ from the Netherlands who has acquired immense wealth in his career as a DJ.

His Debut album titled, Forget the World, which was released in 2014, received a lot of plaudits and positive reviews.

Currently, the  CEO of LDH Europe, Afro jack has one Grammy Award and one MTV Europe Music Awards to his name.

Oakenfold is another popular and one of the most successful trance DJs in the world.

A two-time Grammy Award nominee and a two-time World Music Awards nominee, Paul Mark Oakenfold has been voted twice as No. 1 DJ in the World by DJ Magazine.

As a remixed also, Oakenfold has produced over 100 remixes for several A-List artists such as Britney Spears, U2, Michael Jackson, Massive Attack, etc.

He is currently the CEO of the music label Roulé and has released over seven solo albums in the course of his career.

The other half of the French house music duo, Daft Punk, Guy-Manuel de Home-Christo.

He rose to prominence while working with his other half Thomas Bangalter as part of Daft Punk, a popular award-winning duo from France.

He has three albums to his name and he also co-owns record label Crydamoure with label co-owner Éric Chedeville.

Andrew Taggart used to be part of the band The Chainsmokers along with his fellow DJ Alex Pall.

Under the umbrella of the group, The Chainsmokers have produced several EDM music.

He has produced several mixtapes and has performed at top events where he was paid heavily for his services.

With a net worth of $70 million, Andrew “Drew” Taggart currently ranks among the top 20 richest DJs in the World.

Alex Pall is another American DJ that belongs to the popular band The Chainsmokers.

Alex Pall, being part of The Chainsmokers, has produced several mixtapes and albums that have met with great commercial success.

He currently sits on a net worth of $70 million.

David Guetta happens to be our number 5 richest DJ on the list.

He is a French DJ and record producer who has worked with a lot of A-list artists such as Nikki Minaj, Florida, Rihanna, etc.

He is the co-founder of Gum Productions alongside Jean-Charles Carré and Joachim Garraud, and released his first album ‘Just a Little More Love’, in 2002.

Steven Hiroyuki, known popularly as Steve Aoki, is an American DJ, electro house music artist, and music executive who has released several albums that have topped the Billboard charts.

He has also won three awards and has been nominated for Grammy Award for Best Dance/Electronica Album in 2013.

Tiesto is a Dutch DJ and record producer who was voted on 2010 as ‘The Greatest DJ of All Time’ by Mix Magazine.

He is the founder and CEO of Black Hole Recordings and has released seven best-selling albums in the course of his career.

DJ Tiesto was voted as “The Best DJ of the last two decades” by DJ Magazine and is considered the “Godfather of EDM” by several sources.

Definitely, when you know your craft and master it, you will become outstanding in it.

Gianluca Vacchi is one of the Djs in the world that is exceptional when it comes to Disc Jockey.

Famous for his muscular tattooed physique, the 50-year-old Italian DJ and social media personality is one of the richest DJs in the world and also second on the list with a staggering net worth of $200 million, which surpasses that of some top musicians.

Who doesn’t know the award-winning DJ from Scotland, who has produced several mixtapes, remixes and also produced many songs?

His albums and songs have recorded tremendous successes and have won him several awards.

He is the CEO of Fly Eye Records and has gone on seven different music tours with various top musicians in the world.

Harris was ranked the 30th richest British millionaire in music, with a personal fortune of $105 million.

He still holds the title of the “Richest DJ in the world”.

Richest DJs In The World (Summary)

Having looked at the top 20 richest DJs in the world today, it is without a doubt that I conclude by saying that these DJs have achieved great success in their profession and through their net worth which have been presented in this article, we can see that some of them are richer than their musician’s counterparts.

Here is a recap of the top 20 richest DJs in the world. 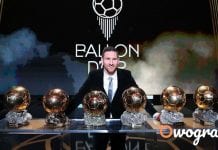 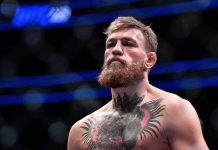