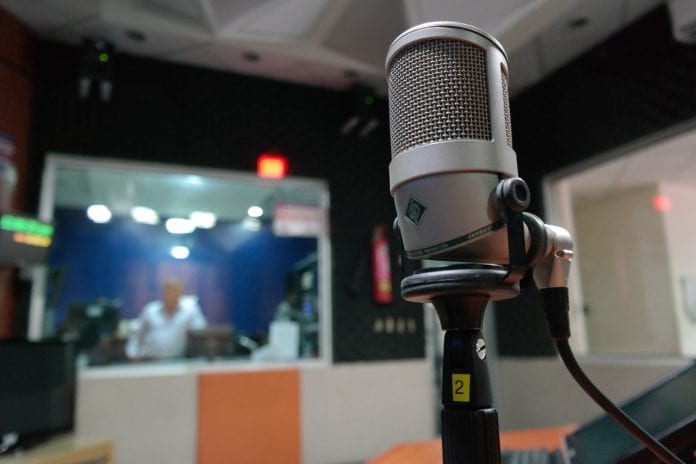 Which are the top 10 music record labels in Nigeria?

You’ll agree with me that most, if not all of the richest musicians in Nigeria end up owning a record label, as they’re being signed into one in the first place.

In this article, we bring you details of worthy record labels in the country.

Switch on your phone, launch your camera app, switch to video, start recording, stop, save and put your label or logo, promote and share the video.

Congratulations, you now own a record label (lol), but not so close to being on the list of top ten music record labels in Nigeria.

Funny; right? Let us take a look at things together then we come back to the debate.

Wikipedia described a record label as a brand or trademark associated with the marketing of music recordings and music videos.

FACT 1! Should we say churches qualify as record labels?

Na true na, most artists had the choir practice as their studio room with the church as a studio room.

The microphones, drummers, keyboardists, and others play important roles. I could go on and on. Then they are advertised on the pulpit or choir stand when they minister.

Chill, did you actually see a clearer picture following those steps I listed earlier? Err…you might get eaten by the sharks if you do not up your game.

I must warn you though, your favorite artist record label might or might not top the list. Meanwhile, we’ve written about the top music sites in Nigeria, you should check that out as well.

Following the quanta that happened between D’banj and Don Jazzy, the days of ‘why me?’ came to an end and it was every man for himself even though they later resolved things like mature ones.

Hmm, still thick voiced uncle Jazz said he didn’t want to be thought of in the shadow of Bros Banji and then Mo’Hits was deleted, Mavin came in bold letters on the 8th of May, 2012.

Ranking undisputedly first on our list of top music record labels in Nigeria with plans of soaring higher, we present to you first of its name, the best record label of the year 2013 and 2014 at City People Entertainment Awards; Mavin Records.

You would think it is a place of unlimited chocolate; yes it is but not edible but absorbed ones.

Interestingly, it so happened that a lawyer by the name Audu Maikori rubbed minds with Paul Okeugo, in the year 2005, to do the german floor for the chocolate city …no mind my English.

Prior to this year, it was all about great music, great drinks in a spacious place with the right ambiance that allowed the movement of bodies. Yes, a nightclub that was known in the North in the late 1970s…

The record label of the year 2011 at the City People Entertainment Awards; and Best Music Company of the same year at Effzye Awards 2011 is the second on our list of top music record labels in Nigeria.

You do not know the chocolate city? Heard of MI, Femi Kuti? Now you get, right?

First time I heard Yahoo Boy No Laptop was in a song sung by the founder of the record label himself…at the time – Olamide Badoo.

I understood who yahoo boys were and how the laptop was at the center of their work.

Today, I am typing to tell Yahoo Boy No Laptop is an acronym for a record label founded by our very own Olamide Badoo in the year 2012.

The record label is the winner of the Record Label of the Year 2015 & 2016 City People Entertainment Awards.

Artists signed on to this label include ex-ladokite, Temmie Ovwasa, Fireboy DML.

Related: TooXclusive music site – all you need to know

960 music is a record label founded by Efe Omovogbe in the year 2013 and its genre includes Afropop, pop-rap, pop, and rhythm and blues.

The label, which has Rio partners as its financial backbone, is rated to be the first to bring different music labels under a big umbrella that accommodates them all.

Wondering where you have heard ‘Clarence Peters shot it’? Search no more; he is at Capital Hill Records as a founder and producer.

Artists having a history with this label include Chidinma, Tha Suspect, and Ill Bliss. This record label is one of the top 10 music record labels in Nigeria.

Made men music group, a record label in Nigeria, was founded by Ubi Ekapong Ofem in the year 2012. Artists under this label are Iyanya, Tekno, Selebobo, Emma Nyra, and Baci.

Are you an afrobeat, RnB, Reggae, or Soulmusic artiste? G-world entertainment is one of the record labels to sign a contract with.

Five-star Music is a record label owned by E-money with Kcee, his younger brother, the main artist of the label.

The record label has been in existence since the year 2007, before the release of ‘pull over’.

Record labels are like schools, getting more popularity based on talents they discover, through some interschool competitions or curriculum activities (like FEDCOL games).

The support given to the discovered talents determines the fruit yielded which not only ranks the artistes but the record labels itself.

Although, cases of tales that touch the heart has happened one too many times to think record labels never bore this in mind.

Once upon a time, upcoming bedroom singers fast and pray to be signed on by record labels not knowing it may not end as desired.

I want to believe things have changed for the better as the touching tales have gone down triple a notch as compared to the past.

There you have the top list of worthy record labels in the country presently.

How about I drop this with you?

Record labels sign on artists and there is to be a legal binding agreement, what do you call the contract between them?

My advice? Ensure to read the document carefully and discuss it with someone learned and trustworthy before appending your signature to any of those documents.