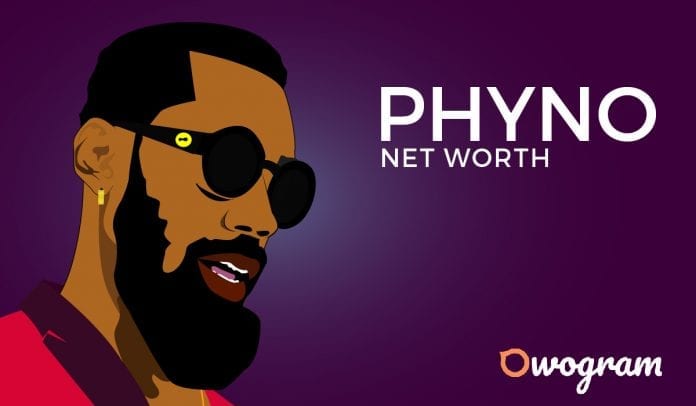 What is Phyno net worth?

We have heard of many famous rappers in Nigeria. Phyno is one such person. He is also a very popular character as a local rapper too.

He is a rapper, singer, and a very talented songwriter. From the beginning of his music career, he has worked with top players in the music field.

In this article, we share with you all you need to know about Phyno net worth, early life, and music career. As of today, Phyno is worth an estimated $3.7 Million dollars, meaning that he’s not on the list of the top 10 richest musicians in Nigeria.

Despite an indigene of Anambra State, Chibuzor Nelson Azubuike was born and raised in Enugu State.

The name Phyno is coined from the word phenomenal and is currently his stage name, which was endowed on him by one of his high school friends.

Phyno during his early years developed an interest for music production especially his secondary school days.

He initially wanted to become a pilot but was told he could be a doctor which is the norm among African parents today. He however didn’t budge in his love for music.

While attending secondary school, he simultaneously learned how to play the drums and piano as extracurricular activities.

He also tried almost all the time to produce his own style of music from every recording he heard which is probably the reason he has a unique style of singing today.

Just like 2Face Idibia, he schooled at the Institute of Management and Technology in Enugu where he studied public administration and started profiting from music during his second year there.

Phyno told Ifeoma Onoye that Mr Raw is a role model he aspires to have a career like.

Phyno started rapping in 2010 and made a decision to move to Lagos to further his music career; a decision that would change his life forever.

No doubt, Phyno net worth has been impacted by his decision to move to Lagos state. Today, he’s one of the top 10 best rappers in Nigeria today.

It was principally recorded in Igbo and Nigerian Pidgin. On 25 September 2012, he released “Ghost Mode” where he featured Olamide Baddo, as the album’s lead single. Now, Phyno net worth began picking up momentum.

The single won Best Collabo at both the 2012 The Headies Awards and 2013 Nigeria Entertainment Awards.

The music video for “Ghost Mode” was released on 7 December 2012. It was shot and directed in Lagos by Clarence Peter’s.

Sputnet Records released the album’s second single “Man of the Year (Obago)” on 23 March 2013. The song won Best Rap Single at the 2012 The Headies Awards.

The music video for “Man of the Year (Obago)” was uploaded onto YouTube on 20 August 2013. It was additionally shot and directed by Clarence Peters in Abakpa Nike and highlights a cameo appearance from Illbliss.

There’s even more work done before Phyno net worth could be what it is today.

In September 2013, the Nigerian Broadcasting Corporation restricted the music video from being communicated as the song purportedly contravene the national censorship laws.

“O Set” was released as the album’s fourth single on 4 March 2014. The song was delivered by WizzyPro and highlights vocals from P-Square (now Mr P and RudeBoy).

On 2 September 2014, Phyno released the video for his “Authe (Authentic)” song with Flavour. On 7 October 2014, he released the Major Bangz-delivered “Yayo”.

It debuted at number 8 on the Pulse Music Video charts. The Clarence Peters-directed music video for the song debuted on 5 January 2015.

Opeoluwani Akintayo of The Daily Times of Nigeria gave the video a general rating of 8 out stars of 10, commending its utilization of props.

Phyno’s community-oriented album with Olamide, titled 2 Kings, was released on 1 April 2015. The two rappers went on social media to announce plans for the album’s discharge.

In June 2013, Phyno performed for 25 minutes in Owerri as a major aspect of the Star Music Trek tour.

He performed at the 2014 edition of the Star Music Trek tour in Nsukka, Enugu State.

In March 2019, Phyno announced designs for the arrival of his third studio album Deal With It.

It has been supported by two singles: “Agu” and “The Bag”. The album highlights guest appearances from Olamide, Falz, Davido, Don Jazzy, Zoro, Runtown, and Teni.

All through his career till date, phyno has endorsements deals with Glo, Monster, Tom, Life lager which give huge lift to Phyno net worth.

No doubt, as he’s one of the best in Nigeria, he looks up to the top 30 richest rappers in the world.

PhyNo Net Worth and Highlights

As of today, Phyno net worth is estimated to be approximately $3.7 Million. Here are some of his highlights, below:

In one of the great quotes from Phyno, he said; “People inspire me in different aspects. Anything inspires my kind of music“.

Phyno left Enugu to seek after his career in Lagos since there’s a superior possibility of progress there and from that point forward he remained true to himself.

As entrepreneurs, it’s fundamental to follow your dreams. Permit nothing to prevent you from accomplishing your dreams.

Phyno started his musical career at a youthful age in the wake of finding his talent. Presently is the ideal time to start chipping away at those ideas you have been harboring. Procrastination is the killer of time.

Phyno is a star rapper to be dealt with regards to indigenous music. He does his rap overwhelmingly in Igbo language and Nigerian Pidgin.

When you settle on what to venture in, carve a niche for yourself and become a one of a kind power in that niche.

Summary of Phyno Net Worth

Phyno is a successful Nigerian indigenous rapper, and Phyno net worth estimated to be $3.7 million, is something anyone can boast of in terms of a successful music career.