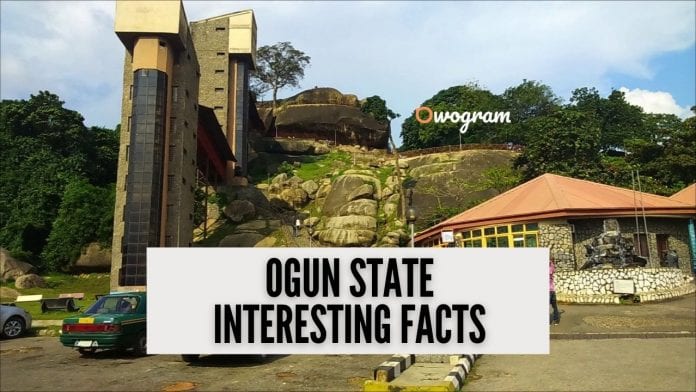 We bring to you interesting facts about Ogun state and it’s capital – Abeokuta.

Ogun is located in the southeastern region of Nigeria It was created on the 3rd of February 1976.

Ogun is well known for its popular manufacturing industries like Dangote Cement, Nestle, Lafarge, and so on.

Ogun state is the 16th most populous state in Nigeria within the 36 states as it has a total population of 3,751,140 people according to the 2006 population census.

The state has a total area size of 6, 556, 23 square miles which makes it the 24th largest state by area in Nigeria.

Ogun comprises of 20 local governments and the most common of the state’s Nicknames is “The Gateway State”.

The state capital city is Abeokuta and it was founded in the year 1830, even before Ogun became a state. Abeokuta is the most populous city in the state.

Have you tasted Ogun state Ofada rice before? That’s just a tip of what you’ll come to learn about the interesting place.

The following are quick information about the state of Ogun.

Ogun is a legitimate state in Nigeria and it was created on the 3rd of February 1976.

Ogun state flag consists of two main background colors which are; Green and Yellow. A better description has it as Green, Yellow and Green.

At the center of the flag, it has the Nigerian Coat of Arms with a banner that has the writings “Unity and Faith, Peace and Progress” on it.

Did you know that Ogun is one of the top 10 richest states in Nigeria? Check out the list.

Ogun state is located in the southwestern region of Nigeria and it was created from the former western state.

Related: Edo state facts – All you need to know

Ogun is purely a Yoruba-speaking state while its general language is English due to the British Colonial influence.

Talking about the people of Ogun state, the Yorubas are predominant because they are the main inhabitants.

Based on the 2006 population census, Ogun has a total population of 3,751,140 people and it makes Ogun state the 16th most populous state in Nigeria.

The Egba people were the first to inhabit Ogun area because they were the refugees that fled from the disintegrating Oyo Empire and their leader was called Sodoke who gained principality in Abeokuta.

Not long after, the Egbado people began to inhabit Ogun due to the fact that the Egbado Kingdom was raided for slaves by Dahomeyans.

On the part of wildlife; some of the animals in Ogun state are; Python snakes, Tree toads, Bats, Elephants, Lions, Pigs, Bush cats, Boars, and many more. You should know that most of these wild animals are found in the zoo and forest reserve.

Did you know that Ogun State has the highest number of universities in Nigeria? 15 Universities and Polytechnics.

5 Most Popular Cities In Ogun State

Ogun state has over 32 notable incorporated cities and towns.

Abeokuta is the state capital city of Ogun and it is as well the most populous city.

Below, you would find a list of 5 most populous cities in Ogun as the city of Abeokuta takes the lead.

Abeokuta is the capital city and it is located in the North central area of the state.

Abeokuta has a total area size of 879km2 which could be calculated to be about 339 square miles.

Olumo rock is one of the popular notable sites of Abeokuta as it attracts a lot of tourists in Nigeria and around the world.

Here are quick facts from our collection of 20 interesting facts about Abeokuta, the capital of Ogun state

The second most popular city in Ogun state is Sagamu. Sagamu has a total population of about 253,414 residents.

Sagamu was confirmed in the mid-19th century by some Remo branch member of the Yorubas.

Sagamu has a total area size of 237 square miles which amounts to 614KM2.

Ijebu Ode is a well-known city in Ogun state and it is located in the eastern part of Ogun, Nigeria.

Ijebu Ode is the third most popular city in Ogun as its population has been estimated to be about 22,653 based on 2007 population census.

Ijebu Ode has a total area size of 74 square miles which could also be said to be about 192km2.

Ijebu Ode consists of the most Ijebus (Ijebu people). Ijebu Ode was made up of a combination of two people’s names; “Ajebu and Ode”.

Ikenne is local government and a town in Ogun state.

Ikenne has a total land area of 144km2 which amounts to a total of 56 square miles.

The fourth populous city in Ogun goes to Ikenne as it has a total population of 118,735 people.

Iju is located in the southern part of Ogun and it is very close to Lagos.

Iju is the fifth most populous city in Ogun with a population of 75,000 plus people.

Iju is mostly inhabited by the people of Egba and Owu.

The common nickname for Iju city is called Iju Gbalefa.

The state mostly comprises of the Yoruba people and you should have heard of or have at least experienced the high level of the Yorubas friendliness.

Did you enjoy reading this post? Kindly make use of the comment box below to reach out to us on what you think about this post. 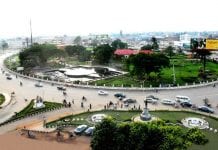