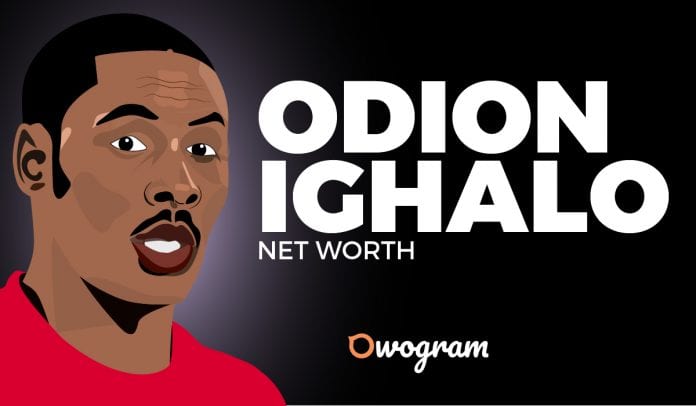 How much is Odion Ighalo net worth?

The Majority of football fans only knew Ighalo during his time in the English Premier League as a striker for Watford.

However, there are lots of stories about him that football fans seem to not know about this Nigerian international superstar.

Odio Ighalo has had an interesting football career over the course of the last ten years, and he is showing no signs of slowing down.

Today, his consistency and hard work in doing what he loves the most earned him a move to Manchester United, a move that made people talking about Odion Ighalo net worth.

As a footballer that has spent a lot of time traveling across the world, doing his business in one of the most lucrative profession in the world, one could only imagine what Odion Ighalo net worth is.

Obviously, Ighalo is one of the top 15 richest footballers in Nigeria, and his net worth is estimated at $43 million dollars.

Let’s learn more about this successful football player; his early life, career, awards, and many more.

Odion Ighalo Net Worth and Highlights

As of today, Odio Ighalo net worth is estimated at $43 million dollars. Here are some of his highlights:

Related: How much is Andrew Robertson net worth?

Odion Ighalo net worth no less than mind-blowing.

Odion Ighalo was born on the 16th of June 1989 to his parents, Martina and Paul Ighalo who were his Mother and Father respectively. He was born and raised in a very local area of Lagos, Ajegunle which is known for its notorious environment.

As notorious as the environment is, it has produced a whole lot of celebrities in the form of footballers, Musicians, dancers, comedians and many other top people in the Nigerian community.

Ighalo had a very rough childhood due to his environment, as well as poverty. His father had no job for most of the time while his mother just earned enough to feed the family, as well as buy boots with which Ighalo can train.

Like most other Nigerian footballers, Ighalo started his football career in a grassroots level cub, Prime and Julius Berger.

His time at the club proved fruitful as he was discovered by Marcelo Houseman, A FIFA agent and he was subsequently recommended to Atta Aneke before he was moved to Lyn for a trial at the club.

Ighalo made his debut in the Norwegian league at the age of 18 on the 16th of September, 2007.

He scored his debut goal for the club in the same game in a 2-0 victory against Vikings.

The following year, he had a total of 8 goals in 13 games overall and helped pushed the team to a seventh-place on the league standings.

His form and style of play immediately attracted interest from a host of clubs in Europe.

In the summer of 2008, Ighalo signed a five year contract with Udinese of the Italian Serie A in an undisclosed fee.

His time at Udinese was not so successful as he was not trusted enough to be in the starting eleven for the team, usually coming on as a late substitute in majority of the games he appeared in.

This resulted in his loan move to Granada in the Spanish La Liga in the summer of the following season. His debut season for the club was exceptional as he bagged a total of 17 goals, a feat which helped the team get a promotion to the top division.

On the 29th of July 2014, Odion Ighalo net worth got a significant improvement after he was loaned from Udinese to Watford for one full season.

Within three months in the Watford shirt, Ighalo began to turn heads, especially with his four goals in a 7-2 victory against Blackpool which earned him a man of the match award. With 14 goals by February 2015, Ighalo was an assured starter for the team in their bid to earn promotion to the top division in England.

After making his bow in the premier league the following season, he scored his first top division goal in a match which eventually ended 2-2 against Everton.

He also netted a double in a league game against West ham which ended in a 2-0 victory for the club. He became the highest goalscorer for the club with 7 goals in 11 appearances for the club.

One of his most spectacular games in the Watford shirt came in a league game against Liverpool where he scored a double in a surprising 3-0 win over Liverpool.

His performances of scoring in 5 consecutive game in December earned him a player of the month award at the club.

He signed a new contract which added to Odion Ighalo net worth at the end of the season but didn’t score a single goal for the next 15 games. The poor form led to his sale in January 2017.

On the last day of the January transfer window, Ighalo left Watford for a fee of £20 million to join Changchun Yatai in the Chinese super league. Despite his 21 goal haul in the second season at the club, his team got relegated.

This prompted a move to Shanghai Greenland Shenhua on valentines day in 2019.

The contract signed with this club brought astronomical figures to Odion Ighalo net worth through a weekly salary reportedly worth £400,000.

In January of the following year, Ighalo made a dream loan move from Shanghai Greenland to Manchester United, one of the most valuable football clubs, until the end of the season, becoming the first Nigerian to pull on the Red Devils shirt.

He also revealed how he worked hard to make the dream happen by taking a pay cut to join his long-supported team. Though he was initially quarantined from the team due to fears of COVID-19, he was introduced to the fold after 14 days.

He scored his debut goal in his first full game in a Europa League game against Club Brugge.

His loan was extended at the end of that season for another year. As of 2020, Odion Ighalo’s net worth stood at a staggering $43 million and from the career, he’s had to date, it is well deserved.

In one of Odion Ighalo quotes he said; “You always have to be ready, physically and mentally.” – Ighalo

Related: How much is Victor Moses net worth?

Summary of Odion Ighalo Net Worth

Odion Ighalo net worth clearly makes him one of the richest footballers in Nigeria as he has impressively built a successful career for himself through hard work, determination, and consistency.

His presence in the Manchester United dressing room is something which brings him a lot of joy, as it has been his childhood dream to play for his current side.

It is obvious that Odion Ighalo net worth still has a bit more time to be on the rise until the time comes when he decides to hang up his boots.

Despite earning so much before his move to Manchester, he would have had a great sense of accomplishment once he decides to retire.

His career is absolutely an enviable one, and the interesting fact is that he has more time to even make more history. 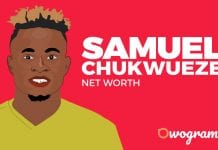 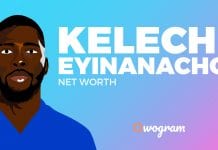 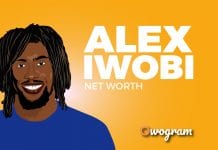 Simi Net Worth And Biography