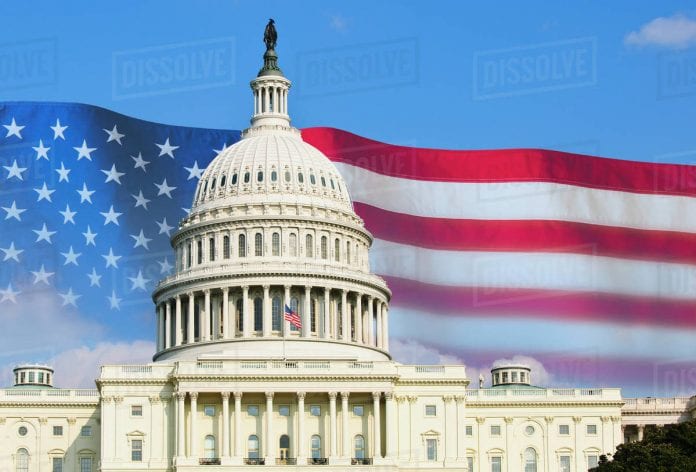 We’ve compiled a list of the top ten most populated states in the US.

Fortunately, America offers a diverse range of excellent places to call home. And, yes, population growth and development are frequently linked. The potential for future economic growth is linked to population expansion.

The states closest to the country’s border — the West Coast, the East Coast, and the southern states – are generally the most populous. Interior states, such as those in the Great Plains and Midwest, have a lower population density.

There are notable exceptions, such as Illinois, which is located in the Midwest but has a large population, centered primarily in the Chicago area.

The Top 10 Most Populated States In the US

Do find more details about the 10 most populated states in the United States of America.

This Midwestern state borders four Great Lakes and is the only state in the U.S. to be made up of two separate peninsulas (the Lower Peninsula and the Upper Peninsula).

Given its access to the Great Lakes and to thousands of smaller, inland lakes, Michigan is one of the most popular destinations in the country for boating

Michigan has an average of 177 people per square mile. The largest city in Michigan is Detroit, the Motor City, with a population of around 662,000 people. Unfortunately, due to a failing automobile-based economy, Detroit has been experiencing urban decay at an exponential rate.

World Population Review notes that despite North Carolina’s relatively small surface area, the state boasts an especially high population density and is the ninth most populated state. On average, there are 196 people per square mile.

From the Appalachian Mountains to the Atlantic Ocean, the State of North Carolina boasts a wide-ranging landscape, a diverse population and a booming economy.

The Southeastern state, with its large metropolitan areas and many tiny towns, offers the best of both urban living and small-town life. The state is also famous for its scrumptious BBQ and exceptionally friendly residents.

Charlotte is the largest city in North Carolina with a population of 827,097 residents, making it almost exactly the same population size as South Dakota.

North Carolina was one of the original 13 colonies and though the state has historically been considered rural, the past three decades have seen an increase in urbanization, and most areas now are considered urban and suburban.

The capital city of Atlanta also offers the fifth-highest job growth rate in the U.S., with major companies like Delta Air Lines and Coca-Cola calling the area home.

In addition, the popular city of Savannah, Georgia attracts tourists for its historic architecture and famous sites. Thanks to the state’s generous tax credits for film productions, Georgia is now a major hub for the film industry.

Georgia is the largest state east of the Mississippi River. It is the eighth-most populated state in the US with a current estimate of 10.63 million residents and representing approximately 3.2% of the American populace.

Its population density is above average at around 185 people per square mile, with the average being around 87.

The most populated city in Georgia is Atlanta. Its most populated county is Fulton County with over one million residents, making it almost twice the population of Wyoming.

The state of Georgia is divided into 159 counties in total; that amount is almost more than any other state except for Texas, which has 254 counties. Georgia’s least populated county is Taliferro County, with only 1608 people living in the entire 195 square miles.

Major cities in Georgia include: Atlanta, Columbus, Savannah and Athens.

Dubbed “The Buckeye State” for its Buckeye trees, Ohio is home to both expansive, rural regions and several large cities (i.e. Columbus, Cleveland, and Cincinnati). It is also referred to as “the mother of presidents,” as eight U.S. presidents were originally from Ohio.

Despite being the 34th largest state, Ohio is the 7th most populated with an estimated population of 11.68 million people as of 2019.

While the population’s growth rate is slow in Ohio, it still is higher than most of the country.

Ohio’s population density of 287 people per square mile far exceeds the national average of 87, ranking it 10th in the nation, with a total land area of 44,825 square miles.

From the rich farmland to the skyscrapers of Chicago, this unique Midwestern state offers one of the most diverse economies and geographic landscapes in the country.

It is also home to a slew of natural resources, including coal, petroleum, and timber. Often referred to as the “Land of Lincoln,” the State of Illinois is home to the Abraham Lincoln Presidential Library and Museum as well as the future Barack Obama Presidential Center.

The total area of Illinois is over 57,900 square miles with a population density of 230 people per square mile, though most of the population is heavily concentrated in the northeastern area of the state, in the metropolitan area of Chicago.

Chicago’s population is approximately 2.72 million people, which is close to the size of the entire state of Kansas. The smallest county in Illinois, Hardin County, is home to 3,910 people.

The State of Pennsylvania is well-known for its central role in American history. Both the Declaration of Independence and the United States Constitution were drafted in the city of Philadelphia.

A majority of the state’s population is located in and around Philadelphia, as the city has a population of 1.56 million residents. That’s a larger population than the entire state of Hawaii!

The Commonwealth of Pennsylvania is a state located in the northeastern, Great Lakes, and Mid-Atlantic regions of the United States.

Though Pennsylvania has a small land surface area, its population density is relatively high, as most of the Eastern states.

The State of New York known as the Empire State is well-known for being home to the most densely populated major city in the country: New York City. It is home to 43 percent of New York’s population. Out of a community of nearly 20 million, almost half of them reside in New York City, making it roughly equal to the entire population of New Jersey. Albany, the state capital, has a population of 98,469 people, making it the sixth most populated city in the state.

The iconic city is one of the most important financial, commercial and cultural centers in the entire world. According to World Population Review, New York has an overall population density of 421 people per square mile. In addition to the city, the State of New York boasts a diverse geography with notable mountains, lakes and rivers throughout the state.

Florida is the third most populous state in the nation and its many beaches and warm climate make it a trendy spot for vacations and those who want to live in that matter all year long.

The peninsula is the southeastern most state in the U.S., and is surrounded on all three sides by the Atlantic and the Gulf of Mexico.

The Florida Everglades, visited by over one million people every year, is the largest tropical wilderness east of the Mississippi River.

Jacksonville alone has a population of over 900,000 people, which is more than the populations of Wyoming, North Dakota, South Dakota, Alaska, Vermont, and the District of Columbia.

Tallahassee, the state capital, has a population of almost 200,000 people. The population density in the state of Florida, which is 404 people per square mile, is over 4.5 times the national average.

Next in line is Texas, sitting along the US-Mexico border in the South Central part of the country which has about 29 million residents; however, Texas has a growth rate of 1.34% per year, while California’s growth rate is less than half of that at 0.48%. Since 2010, the population of Texas has increased by over 15%!

The popular Texas slogan, “Don’t Mess with Texas,” comes from a 1990’s anti-littering advertising campaign, according to The New York Times.

Much of its population is congregated in and around large cities including Dallas, Houston and San Antonio each with over one million people.

By far, the most populous state in the United States is California. It has nearly 40 million residents, comprising a whopping 12% of the country’s population.

World Population Review points out that California is extremely dense for its size. If California were a country; it would be the eighth largest economy in the world and the 36th highest population!

Both the San Francisco Bay Area and the Greater Los Angeles Area are two of the country’s most populated urban areas.

The state of California has an economy larger than that of any other state and is the second-largest sub-national economy in the world after Sao Paulo in Brazil.

California is bordered by Oregon, Nevada, Arizona, and Baja California and is on the Western Coast of the US, overlooking the Pacific Ocean.

At this point, you may check the list of the top 10 largest states in USA by population.

Summary of the Largest States In the USA

All states in the USA are quite different from each other. So, it should be no surprise that they have very different population estimates.

Most states are currently experiencing population growth, the greatest of which can be seen in Idaho, at over 2%.

States that have a lot of tech jobs that employ young people, such as Washington State and California, are experiencing higher-than-average population growth.

Here’s a quick summary of the top ten most populated states in the US: