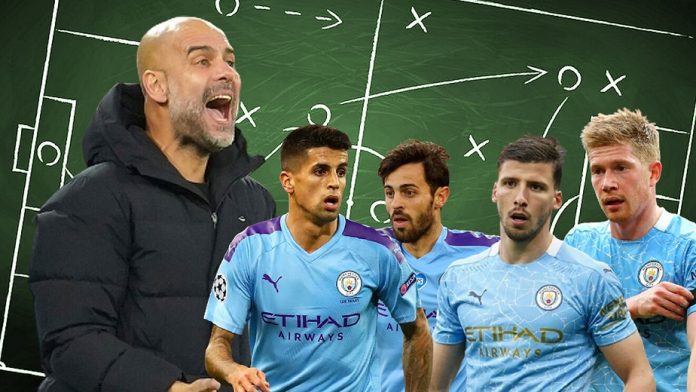 With a 1-0 win over Brentford, Pep Guardiola’s side made it ten wins in a row in the Premier League, piling pressure on their presumed contenders.

Everyone hopes for a three-horse fight for the Premier League title, but don’t hold it against Manchester City if it doesn’t happen.

The thought of Pep Guardiola’s club being challenged for the English title this season by both Chelsea and Liverpool has piqued the interest of football fans all over the world.

However, just days before the New Year, a growing sense of anti-climax is settling in, as City appears to be in a league of its own.

The defending champions have now won 10 Premier League games in a row after defeating Brentford 1-0 on Wednesday night. They are currently in pole position to capture their fourth title in five seasons.

Indeed, City now leads the standings by eight points after Liverpool and Chelsea both dropped points in the space of 24 hours.

The Reds have a game in hand, but their 1-0 loss to a depleted Leicester City on Tuesday, combined with Chelsea’s 1-1 draw at home to Brighton the following evening, has turned Sunday’s match at Stamford Bridge into a must-win for both Thomas Tuchel and Jurgen Klopp.

Whichever team loses in west London will almost certainly be eliminated from contention. Of course, Pep Guardiola does not agree, and neither will his players. City still has 18 games left to play this season, including trips to Chelsea and Liverpool.

On Wednesday, Guardiola remarked of the championship competition, “Thank you for the wonderful words since we won, but I’m not going to believe you if you say it’s already done.”

“Chelsea and Liverpool are two of the best teams in the world. One is the European champion, and Liverpool has been a major adversary of ours in recent years.

“There are still 54 points to be played, and we are only thinking about the next game.

“Unfortunately, we have to return to London soon [to face Arsenal] and play at 12.30 pm, so we must go with a positive attitude.”

And, despite their results, there has been enough defensive uncertainty in their last two games to suggest that City is vulnerable.

On Sunday, they lost three goals in ten minutes at home to a haphazard Leicester team before eventually winning 6-3.

Even with injuries and the Covid-19 rise wreaking havoc on English football, Brentford managed to cause City plenty of issues.

However, neither Liverpool nor Chelsea have been able to match the titleholders’ amazing consistency, making them a terrifying favorite, as even Klopp has admitted.

Brentford showed the passion and energy required to make it a difficult night for them, and it was telling that City was content to take the ball deep into corners to run down the clock in the closing few minutes to secure an unquestionably ugly victory.

However, the visitors maintained control for the most part, and the scoreline would have been more comfortable if not for a close VAR offside call on Aymeric Laporte in the final seconds.

With 76 percent possession, Fernandinho, Bernardo Silva, and Kevin De Bruyne suffocated Brentford’s creativity in midfield, passing the ball around the home side with ease.

It was simple to predict what would happen, but very difficult to prevent. The title race now has a similar air of inevitability to it.

Guardiola has converted his club into a winning machine once again, despite Liverpool and Chelsea dominating and failing to win against Leicester and Everton, respectively, in recent weeks.

The onus is now on their opponents to respond, beginning on Sunday at Stamford Bridge. Otherwise, City might run away with an ostensibly three-horse race.

After Phil Foden’s exquisite, near-post finish midway through the first half, City didn’t produce many clear-cut chances – though the England ace had another strike ruled out, and De Bruyne hit the post.

One goal, though, was enough for a squad that has only conceded 12 times this season.

In a frenetic first 15 minutes, Brentford threatened and believed they were ahead when Yoane Wissa’s shot slid past Ederson, only for Joao Cancelo to clear his effort off the line.

City, on the other hand, was up in less than three minutes, and it is this ruthlessness that has put them apart from their title competitors.

Cancelo pulled the ball back for De Bruyne to whip over an inviting cross, which Foden clinically tapped in from close range.