Home Top List 6 Major Seaports In Nigeria And Their Locations 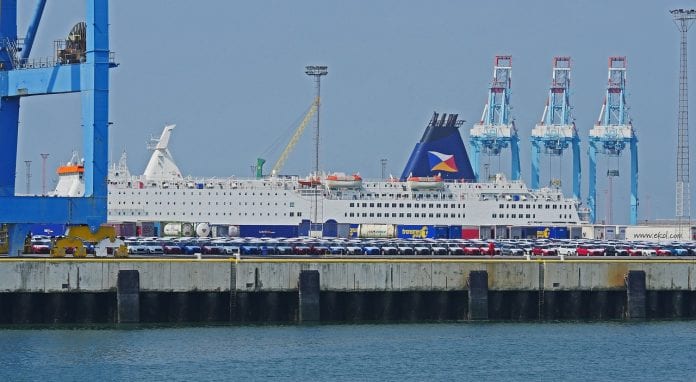 How many seaports are in Nigeria? We bring to you the current list of the major seaports in Nigeria and their locations.

A seaport is a port or harbor located on or near a seacoast that accommodates seagoing vessels. At such a location, there is a town or city.

With Nigeria accounting for up to 25% of Africa’s total consumption, the importance of the seas to Nigeria’s economy and that of any other nation on the planet is obvious.

Major seaports in Nigeria are expected to be built along the country’s coasts. This contributes to the nation’s foreign exchange trades and reserves reaching large levels.

Simply defined, this enormous value is achieved through the import and export of a wide range of items, including petroleum products, food, textiles, and technological equipment.

We’ve recently written an article about the best aviation schools in Nigeria; you should check it out.

Seaports are the lifeblood of domestic and international trade.

The entire amount of cargo transported through Nigeria’s seaways is about 1 billion metric tonnes, the bulk of which is petroleum products, which account for up to 80% of the Nigerian economy.

As can be seen, seaports in Nigeria are extremely important to the Nigerian economy.

List of Major Seaports In Nigeria and Their Locations

So, if you are someone interested or involved in international or domestic trade that requires the use of sea transport, find more information about the top seaports in Nigeria.

Also referred to as the Apapa Quays, the Lagos port complex is registered as an ISPS certified Port facility with the International Maritime Organization (IMO).

It is located in Lagos, one of the richest states in Nigeria, and is the first and largest seaport in Nigeria.

The port was built to the Nigerian Ports Authority’s specifications and served as the country’s primary seaport.

It was established in 1913, long before Nigeria’s northern and southern protectorates were combined.

The Port features conventional cargo handling equipment and amenities to ensure the safety and well-being of all employees.

One of the best aspects of the port is that it is accessible by all kinds of transportation in Nigeria. As a result of this feature, it is one of the largest seaports in Nigeria.

Until 2006, when the port’s terminals were turned up to private companies, the port’s operations were managed by the government.

The Lagos port complex is now well renowned for its improved handling of heavy goods, thanks to its massive four-wheeled gates that tower eight meters above ground level.

This, of course, gives the port an advantage.

The security of the Port is clearly a priority, as you will see guards practically wherever you go while in the Port.

CCTV cameras are also accessible to catch all of the port’s everyday operations.

Also located in Lagos, exactly 7 kilometers northwest of the Lagos port complex is the Tin Can Island Port.

It was established in 1977 to meet the ever-growing need for international and foreign trade which involves the movement of goods from Nigeria to other parts of the world.

Most of these goods were majorly oil products because it was a time when oil production and sales were booming all around the world.

All the boost in oil activities and operations resulted in the congestion of the Lagos Port Complex.

In order to cushion this effect, The Tin Can Island Port was built to help decongest the already overcrowded and overwhelmed Lagos port complex.

As at 1977, the port was commissioned with a total land area of over 73 hectares and a capacity to handle up to 16 vessels.

In 2006, the Nigerian Ports Authority through the adopted Land Lord model of the Federal Government confessed 5 terminals also to private investors.

This concession resulted in the massive expansion, improved production and operations efficiency evidenced through the increase in the Average berth occupancy rate from 75%-83% today.

Before its operations were taken over by the government in 1969, the Calabar Port was a historic trade center for the Eastern and Northern Nigerian states with foreign countries before and during the colonial years.

As one of the major seaports in Nigeria, it was initially operated by private individuals and companies until it was taken over by the Nigerian Port Authority.

During the third national development plan, the Calabar Port was revamped and modernized to meet the standards of the Nigerian Ports authority from 1975.

After completing the rehabilitation, the new Calabar Port was commissioned in 1979 standing over 84km of land.

The Calabar Port is mainly used for the transportation of petroleum products from Calabar and its neighboring Akwa-Ibom state.

The Port has features such as the Old Port, the New Port and the Dockyard; and has jurisdiction over Crude Oil Terminals at Antan, Odudu, Yoho, QuaIboe; and other jetties at NIWA, McIver, NNPC, ALSCON, Dozzy, Northwest.

The Port lies along the Bonny River and is located in the Niger Delta, otherwise called the Rivers Port Complex. It began in a modest way, developing from one berth for coal export; to four berths to deal with a cargo blend of import/export stock.

It is obvious that it is one of the major seaports in Nigeria.

By and large, the Port, which has a quay length of 1,259 meters, is capable of accommodating eight modern maritime vessels loading and unloading at the same time.

The Port is also equipped with 16 mass oil storage tanks with a capacity of 3,048 tons.

A Dockyard Manager is in charge of the dockyard, which includes electrical, maritime, and design work.

The Rivers Port is a multipurpose port that serves as the ‘Mother-Port’ to a few jetties that surround her like annexes, providing pilotage and towage services, as well as supplying for several markets, including Dry, Liquid, and General cargo exchanges.

It is important to note that the Port was purposefully constructed in one of the world’s largest unrefined petroleum production locations, and that this advantageous location has resulted in the tanker market being visible at the Federal Ocean Terminal via the Bonny Fairway Buoy.

The stated mission of the Delta Ports as one of the Nigerian seaports is to provide a formidable platform for shipping activities to thrive through strategic partnership with the stakeholders.

The Delta port is one of the major domestic seaports in Nigeria as they only move goods within the water-locked states in Nigeria.

They are specifically designed to transport cargoes in short distances to states like  Anambra, IMO, Enugu, Delta, Edo, Kogi, Ondo, Benefit and so on.

Though the port is yet to move cargoes into any international waters, it is one port that is slated for the future due to its untapped potential.

The Delta port has seen an improvement in its operations in recent years as it is expected to move cargoes of gas owned by the EGTL to other parts of the country for consumption.

The Delta port is well secured as it is manned by the security forces of the Federation.

This helps the smooth operation of the port which is centered of swift identification, documentation, and excellent delivery of cargoes.

Onne Port is one of the major seaports in Nigeria and is also one of the largest oil and gas free zone in the world.

This makes the port easily support the oil and gas production and exploration operations in Nigeria.

It specifically functions as a transportation hub for oil and gas products with easy access to most petroleum fields in West Africa.

The port covers a total land area of a whopping 2,538 hectares of land and is set up with state-of-the-art modern facilities, machinery, and equipment to help in the smooth operation of the port.

The port also invites customers or companies who wish to partner with the port in the maritime business. Coupled with its largest land area, it also has the biggest mobile cranes in the whole of Africa.

The port is also well protected with policemen and also private guards to provide maximum security for their clients’ cargoes.

The following are common questions that pop up when the topic of sea ports arises;

How many seaports are in Nigeria?

According to the Nigerian Ports Authority (NPA), the country has six seaports: Apapa and Tin Can in Lagos, the Onne and Port-Harcourt ports in Rivers State, the Warri Port, and the Calabar Port. But, by many accounts, only the Lagos ports are operating anywhere near full capacity.

What is the busiest seaport in Nigeria?

Is Port Harcourt a seaport?

How many ports are in Africa?

Africa has over a hundred port facilities, a few of which handle 6% of the worldwide water-borne cargo traffic and about 3% of the world’s container traffic.

Which is the biggest seaport in Africa?

The Port of Durban, often known as Durban Harbour, is Sub-Saharan Africa’s largest and busiest maritime terminal. Each year, it transports up to 31.4 million tons of freight.

This article has been able to highlight the major importance of all seaports in Nigeria and their locations.

These ports play such a great role in the domestic and international economy.

Nigerian seaports generate more than a million jobs directly or indirectly to Nigerians. According to the Nigerian ports Authority, seaports contribute over N143 billion to the Federal reserves.

Each of these ports has different uses and features that distinguish one from the other. So, if you plan to do any form of trading that requires Ocean transportation, this article is just for you.

Do well to share the article to enlighten others on your numerous social media accounts. 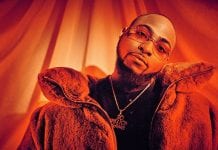 Top 10 Universities With The HIGHEST Number of Celebrities 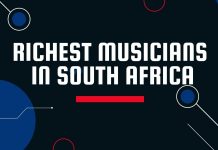 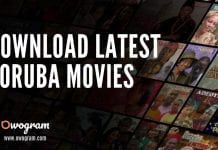 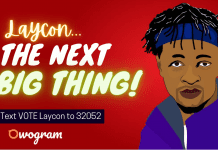 Why LAYCON Could Be The Biggest BigBrotherNaija Housemate Ever 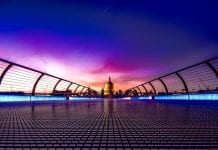