Home Top List The 15 Longest Bridges In The World 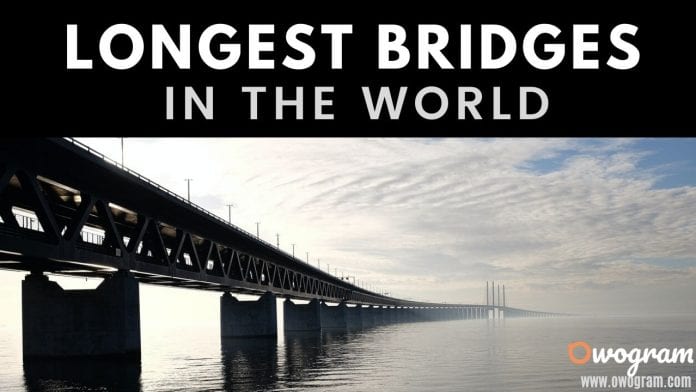 Which are the longest bridges in the world?

Bridges are meant to connect one point to another and can either be constructed over land or over water.

Most people have the impression that bridges are meant to allow people only to cross over water to reach the other end of the bridge, but that is not always the case.

Some bridges are built over land formations like valleys which cannot normally be navigated. Bridges are put in place to cushion this effect and make movement possible.

We’ve just written about the 20 most expensive houses in the world and their locations, but now, lets’ get on to this thing about bridges.

The Top 20 Longest Bridges In The World

The only source of the correct information regarding the longest bridges in the world is the company contracted to construct the bridge.

We have the accurate shortlist, so let’s take explore together:

This is a 13km bridge named after King Bhumibol Abdulyadej which is a tradition in Thailand. Yes, all bridges passing over rivers are named after any member of the royal family in the country.

The bridge is one of the longest bridges with specifications and measurements, including 2 striking stayed pans measuring 702m and 582m respectively while standing 50m above the ground.

The road was constructed and opened in 2006 to the general public, and it effectively eased traffic jams around Bangkok.

This bridge is rarely referred to by its official name ‘The President Costa e Silva Bridge’, but is generally referred to as the Rio-Niteroi bridge, deriving its name because it connects Rio to Niterói.

The 13.29 km bridge was constructed for over 6 years and it’s construction commenced in the presence of Queen Elizabeth II in what would be her only time in Brazil to date.

The construction of the bridge was completed in 1974 and it was opened for use in the same year. As of 2020, it Rio-Niteroi Bridge is the 14th longest bridge in the world.

6th October Bridge is popularly referred to as the spinal cord of Cairo in Egypt because of its intensive use by more than 500,000 people of Cairo daily, according to statistics.

It is a 20.5km bridge which derived its name from the commemoration of the the date the Yom Kippur War broke out.

The construction of the bridge started in 1969 and was completed in 1996, taking almost thirty years.

The construction work and its supervision were executed by ACE Moharram Bakhoum company. It is currently one of the most important bridges in Egypt connecting top business points in the city of Cairo.

This is one of the longest bridges in the world and all over China.

The bridge stretches over a distance of 26.5km linking the cities of Jintang Island and Zhenhai Ningbo.

It is a highway Bridge where cars move at a high pace just to quickly cover the long-distance of the bridge to reach the other end in time.

The bridge records a length of 26.7km at its completion and it was strategically built to scale down the distance and time to get to Qingdao from Huangdao, cutting down over 30 minutes and 30km of travel.

As of 2020, Jiaozhy Bay Bridge is the 11th longest bridge in the world.

The next bridge on this list of longest bridges is the Chesapeake Bay Bridge which measures an astounding 28.3km (17.58 miles).

It is a vital bridge that connects different towns in Virginia. The bridge was officially opened for use in 1964 and the project was funded with the help of finances of toll revenue bonds.

It initially featured double lanes with a middle with high suspension and another parallel wider span was world added making it 3 lanes.

This is the second appearance of an American Bridge on this list of longest bridges.

Because people find the name of this bridge hard to pronounce, it can also be called the Louisiana highway. The bridge is 29.3km in length, making it the third-longest bridge in the United States.

The bridge was constructed within 2 years from 1971 to 1973. This is a massive feat considering the fact that bridges not as long as this took almost 30 years to construct like the 6th October Bridge in Cairo.

The bridge features two exit points, with one leading to whiskey Bay and the other to Butte LA Rose. The bridge is a very busy one averaging over 30,000 vehicles per day.

The Donghai Bridge is a cable-stayed bridge with a total length of 32.5km linking Pudong New Area to offshore Yangshan port in China.

It was counted among the longest cross-sea bridges in the world. It was completed on December 10, 2005

Its total length ranks it at 8th on the list of longest bridges in the world.

This is a complex bridge measuring 35.7km that connects the Yangtze River in the Jiangsu province to Nanjing province of China.

The completion of the construction works of the bridge was ahead of time and it opened to the general public in early 2000, costing a total of a whopping $700 million dollars.

The design of the bridge features a South Suspension bridge and North Cable-stayed Bridge having a total height of 215 m above ground level.

This is quite a different type of bridge compared to others on this list of longest bridges.

It is a double concrete trestle bridge also in Louisiana measuring over 36.7km in total length. It also holds a record as one of the longest cross-sea bridges in the world.

The bridge connects Interstate 55 to the US Route 51 through the Louisiana manchac Swamp.

This bridge was built on top of a Swamp formation. This made it compulsory for pile driving of up to 75m for stable placement of the bridge.

You just have to visit the state of Louisiana in the United States of America. The Lake Pontchartrain Causeway represents on this list.

The bridge has a total length of 38.4km and it holds the record for the longest bridge over water in the world.

It is such a sight to behold. Due to its location in a Swamp area, The Bridge stands on a 9,500 concrete piling, featuring a Bascule.

This is a 6 lane bridge that links three main cities just like the name of the bridge describes.

The HZMB Bridge has 3 spans and a total length of 51km, making it the 4th longest bridge in the world.

The importance of this bridge cannot be stressed enough because of its connectivity with 3 major cities in China.

The bridge features 3 cable-stayed bridges and an undersea tunnel. The design life of this bridge is 120 years costing almost $19 billion dollars to construct.

The bridge was delayed for two years due to extensions and finally in 2018, was opened for the traffic by President Xi Jinping.

The Bang Na Expressway is 3rd on this list of word’s longest bridges. It is a 27m box girder bridge with span length of 42m.

It covers 55km in length and the project was given to a joint venture of Bilfinger Berger and Ch. Karnchang of Thailand. This bridge is an elevated highway with  6 lanes including a toll gate.

Its name alone is enough to suggest to you that this bridge is one of the longest bridges, second only to another Chinese bridge.

Tianjin Grand Bridge has a stunning total length of 113.7km. Just in case you don’t have a clear understanding of its length, it is more than double the length of the third-longest bridge in the world.

The construction work of this giant bridge was completed in 2010 and opened for public use the following year.

The Tianjin Grand Bridge features a 32 m long box girders weighing a massive 860 tons per box, making it the second-longest bridge in the world.

This bridge holds a Guinness world record with an overall length of an astounding 164.8km. Imagine any of the top 10 most expensive cars in the world speeding through this extremely long bridge…

The most surprising fact about the bridge is that it took more than 10,000 people to work on the bridge reaching the completion stage within 4 years of construction with costs reaching over $9 billion dollars.

These figures make it the most expensive bridge in the world. The bridge is constructed parallel to the Yangtze River for up to 80km.

The bridge can also be accessed through the rail line between Shanghai and Nanjing in the Jiangsu province of China.

As of 2020, Danyang-Kunshan Grand bridge is the longest bridge in the world today.

Conclusion On Longest Bridges In the World

Here we conclude on this list. It goes without saying that China has lots of over-sea bridges that are very long.

These bridges were projects that obviously took a lot of time to complete, and they’re also capital intensive.

Here’s a quick recap of the longest bridges in the world:

What did you think of the long bridges? Let’s have your comments. 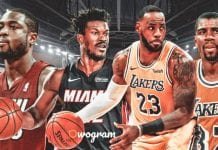 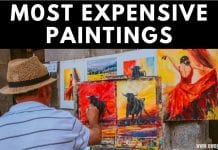 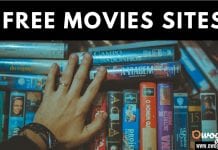 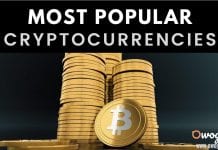 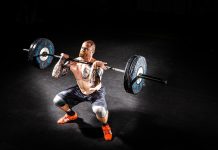