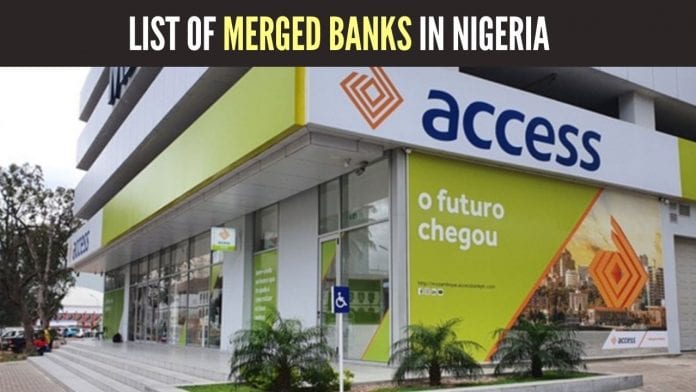 We bring to you the list of merged banks in Nigeria since 2007.

The banking sector in Nigeria is a long-term institution that emerged in 1883. After a few years, the Central Bank of Nigeria initiated a merger and acquisition system.

Due to the laws enacted by the Central Bank of Nigeria (CBN), many banks have been forced to merge with other banks, while others have been taken over by top-tier banks and, as in the most recent case, incorporated into the bank’s existing models was Access – Diamond Bank in April 1st, 2019.

Before we get down to the list of banks that have been merged, it is pertinent that we enlighten you on what the word “merger” entails and possible reasons why some banks go into mergers.

A merger is simply the agreement and incorporation of two or more existing organizations into one conglomerate.

In terms of the banking institution, it is the agreement of two or more existing banks to form one bank for easy operation and diversification.

So, this article brings the list of merged banks in Nigeria to assess the benefits/consequences of bank mergers on the performance of the Nigerian commercial banking sector.

The Central Bank of Nigeria embarked on a banking reform in 2004 to fortify the operational skills and competitiveness of Nigerian banks.

The goal is to restore public and global confidence in the Nigerian banking sector and economy in general. As a result, 89 existing banks went into a merger with each other.

Also, in the year 2019, Access bank merged with Diamond Bank to become Access Bank as a whole. They went further to rebrand the logo to suit both banks.

United Bank for Africa (UBA), one of the most popular banks in Nigeria, owned by Nigerian billionaire entrepreneur Tony Elumelu, merged with two other banks in the past to form a better alliance.

The banks that were merged together with the United Bank for Africa (UBA) were Continental Bank and Nigerian Standard Trust Bank.

IBTC Bank and Stanbic Bank had merged to form Stanbic IBTC Bank Nigeria in the year 2007.

The company, Stanbic IBTC Bank Nigeria has grown from its inception as an Investment Bank, and Trust Company Limited (IBTC) as a commercial bank to become an end-to-end financial service provider in the country with subsidiaries spread across multiple economic sectors.

Stanbic IBTC Bank Nigeria now has assets and a capital base of around 2 trillion Naira and 500 billion Naira for Stanbic Bank and IBTC Bank respectively.

Stanbic IBTC Bank Nigeria is celebrating its 30th anniversary in the country.

Before the merger between Stanbic Bank and IBTC Bank, IBTC bank had gone on a merger with several banks in the past years.

Furthermore, on this list of merged banks in Nigeria, Sterling Bank was formed by merging five banks together.

In 2005, CBN passed a law that forced First Bank of Nigeria, one of the most prestigious banks in the financial sector to merge with other banks in Nigeria.

The Banks involved in the merger include; FSB (merchant Bank), Intl Bank, and MBC. Currently, there are ongoing rumors that suggest that First Bank Plc is in talks for a merger with Heritage Bank of Nigeria and Fidelity Bank.

In 2006, the alliance further changed its name to Unity Bank 2006. The 9 banks involved in this merger were:

Skye Bank merged with some banks in Nigeria with the goal of forming a better alliance. The banks in the merger were Bond Bank Ltd, ETB Intl.

Related: Full list of merchant banks in Nigeria and their headquarters

Another bank on our list of merged banks in Nigeria is First City Monument Bank (FCMB).

FCMB is made up of a group of banks namely; NAMBL, Cooperative Development Bank, and Fist City Bank.

Also, in 2009, Finbank and First City Monument Bank (FCMB) started a talk of a merger. In the year 2012, the merger was complete.

Finbank paves the way for recapitalization ahead of the central bank’s September deadline. Finbank was one of the nine lenders that the central bank bailed out in 2009 with a $ 4 billion bailout.

One of Nigeria’s top-tier banks, Union Bank Nigeria Plc also merged with some banks in Nigeria to form a stronger alliance and improve performance.

Spring Bank Plc., popularly known as Spring Bank, was one of the twenty-six (26) commercial banks licensed by Central Bank of Nigeria at the time.

In 2005, Spring Bank was established from the merger of six (6) financial institutions in Nigeria.

The six institutions were:

At the time of establishment, Spring Bank had a large capital base of about $224 million. That is, 34.5 billion naira at the time with total assets estimated at approximately $988 million (152 billion naira).

Afribank Nigeria PLC was initially a real estate and insurance broker company based in Lagos, Nigeria.

In 2005, Bank PHB was formed from a merger between Platinum Bank Ltd and Habib Nigeria Bank Ltd.

Keystone Bank Limited was given a commercial banking license by the Central Bank of Nigeria in 2011. Keystone then purchased the services and assets of Bank PHB in 2011 after the bank became defunct.

Another bank on our list of merged banks in Nigeria is First Inland Bank Plc.

The shares of the new bank, First Inland Bank Plc are quoted on the Nigerian Stock Exchange.

Also, Oceanic bank was established from a merger agreement between two (2) banks namely; International Trust Bank and Ocean bank in 2005.

Finally, on the list of merged banks in Nigeria, Wema Bank merged with National bank.

As of 2019, Wema Bank operates ALAT By Wema, Nigeria’s largest digital banking system, which is fully used in all 37 states and territories of the United States. Wema Bank is Nigeria’s fastest-growing commercial bank.

What are the causes for mergers between banks? I am sure you’d like to know… the list below gives the causes of bank merger:

The list of merged banks in Nigeria shows the urge to strengthen public confidence in the Nigerian banking sector.

Synergies are one of the key benefits of mergers and acquisitions, which include strengthening of capital base, rapid growth, competitiveness with international banks, and economies of scale due to improved performance.

The importance of integration (merger and acquisition) as a means of reforming the banking sector cannot be overemphasized.

Summary of The List of Merged Banks In Nigeria

This article has shown that running a bank effectively is not as easy as it seems. It comes with many challenges and risks.

However, the financial sector in Nigeria is one of the leading sectors in terms of increasing the country’s GDP.

Some banks are being forced to band together due to financial crises, while others band together to become a bigger and better brand. Regardless, it also has its advantages and disadvantages.

This list of merged banks in Nigeria has suggested that that mergers have resulted in the increase in performance and profitability of banks in Nigeria. Therefore, the process of merger should be continuously revised, modified, and developed. 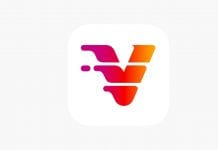 V Bank App Review – All You Need to Know 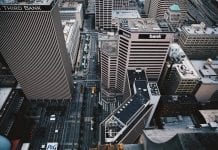 Full List of Banks In Nigeria and Their Headquarters 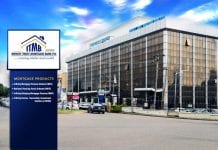 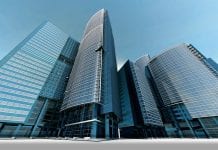 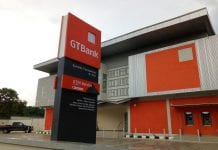 How Many Banks Are In Nigeria Right Now? 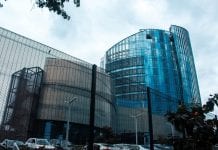