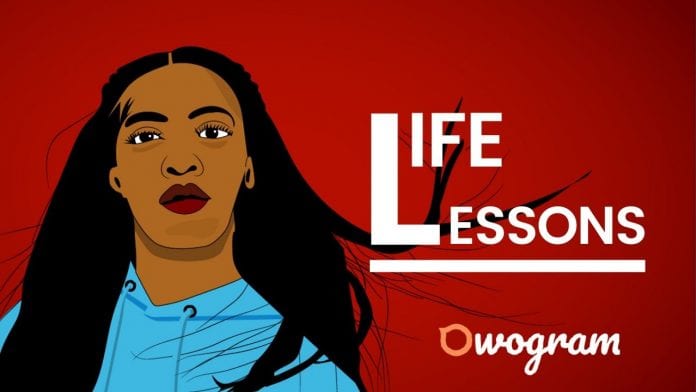 Tiwatope Savage popularly called as Tiwa Savage was born on the 5th of February, 1980 in Isale Eko, Lagos.

The Nigerian singer, songwriter, and actress had a whole lot of her life spent in the United Kingdom and the United States of America.

At the age of 11, the family relocated to the UK and there, she had her secondary and tertiary education respectively.

While in secondary school, she was a trombone player for her school’s orchestral band.

After this, she proceeded to the University of Kent for her tertiary education where she bagged a degree in Accounting and then worked at The Royal Bank of Scotland, Scotland.

Later in her musical career, she enrolled in Berklee College of Music and graduated with a degree in Professional Music in 2007.

In 2009, she participated in the UK edition of The X Factor, and later on signed a publishing deal with Sony/ATV Music Publishing.

In 2012, she moved back to Nigeria, and then she signed up with Mavin Records. Her relationship with Don Jazzy and the Mavin Records only lasted about 7 years when in 2019, she announced her record deal with Universal Music Group.

Tiwa is well known for her multiple awards wins. She is not stereotyped in her music genre. She does a mix of Afrobeats, R & B, Pop, Hip hop, and Souls.

In one of the inspirational life lessons from Lionel Messi, being goal-oriented and getting started is important.

Being success-conscious makes you thirst for success the more. The one thing you think about is how best to present your brand and make it better than yesterday.

When you stop thinking about success, stagnation sets in and gradually you become the shadow of yourself.

Tiwa Savage dines with success, all she ever wanted is to be a success. That is why she’ll always take an extra step above what she used to be and of course above other music artists.

Today, Tiwa is one female Nigerian singer that has broken so many boundaries in the world of music, and being nominated for an award is almost part of her lifestyle.

Tiwa Savage is good at this, she not just talks to her fans like some other artists, she communicates with them.

This made her know how well the effort on her work is so appreciated. She sometimes tells them when next to expect the next release from her. This is good, her fans are excited and always in expectant of her.

Make yourself so communicable in your position that you know when things are not going right from the people around you.

Despite the academic qualification of Tiwa in Accounting and her passion for music. She probably felt passion isn’t enough without additional skills.

She is right. Passion seasoned with skills will present an unimaginable success.

For Tiwa, she proceeded to Berklee College of Music where she learned the ropes and skills in music, and she badged a degree in Professional Music. That is exemplary.

In 2006 when Tiwa participated in the UK edition of The X Factor, she advanced to the final 24, but couldn’t make it to the final 12.

The news hit her really bad but then she said:

“You have to always realize that people are watching. When I got the bad news that I wasn’t getting through to the final 12, it was a really painful time. But you still have to learn how to hold that until you get home. Because you don’t want to just let everything out. People admire you and want to see that you’re strong they don’t want to see you breaking down.”

That is just one of the 10 powerful Tiwa Savage quotes about hustle, life and success.

Even if you will break down at the disappointment of a deal, do that privately and keep hustling, keep the passion burning, and let it be a stepping stone.

Her failure in the UK edition of The X Factor did not reduce her consciousness for success, rather it lightens it up.

She did not view herself as a failure but someone who needs to do more to achieve it next time.

Truth be told, staying positive at the hit of a great disappointment or failure is difficult, you just have to be your own motivator.

Just continue to keep a positive mindset even in the face of negativity. Remain positive.

Spice up Your Game

Tiwa Savage is that one musician who knows how to be different and deliver the best.

In an article on her album “Once Upon a Time”, she said, “…we had to work with notable producers outside the shores of the country like Oak who produces Rihanna.

So, we had to work around his schedule and waited for them to have our time…”

Doing the regulars in a unique manner distinguishes your brand and makes people want you more.

Tiwa Savage is one who spent a reasonable part of her life outside Nigeria, yet she sings in both the English language and her native dialect.

Even her English accent is within our reach. This act help draws her audience close to her. They did not have to feel like an outsider.

Stay connected to your source no matter the waters you have traveled because that is your identity and it can never deny you.

Use the Best Hands

When you have the best as your team members, your work is half solved.

Even your audience will be overwhelmed of the best of you because that is the only thing you have to offer – the best.

Tiwa will go out of her way, take her time only because of the best. Do likewise in the strive for success, it pays in the long run.

In one of the inspirational lessons from Banky W, he believed that working with the best team will catapult you not just farther, but faster.

One thing is certain in the world and that is competition. Even if you’re the first at what you do, in no time, you’ll have countless competitors.

Regardless, you must continue to dominate the market with your brand/products. Be consistent enough that your audience can’t get enough of you.

Tiwa Savage is not just a talented musician; she is beauty with brain. She is lovable and extra ordinary. She is simply irresistible.

Make yourself irresistible to your audience, client, as the case may be. After your brand must have done the talking, your appearance will seal the talking and make it a deal.

Which of these lessons caught your attention more? Let’s have your comments below.

These life lessons from Tiwa Savage are just a few, there’s definitely more to learn from other successful people in the world.