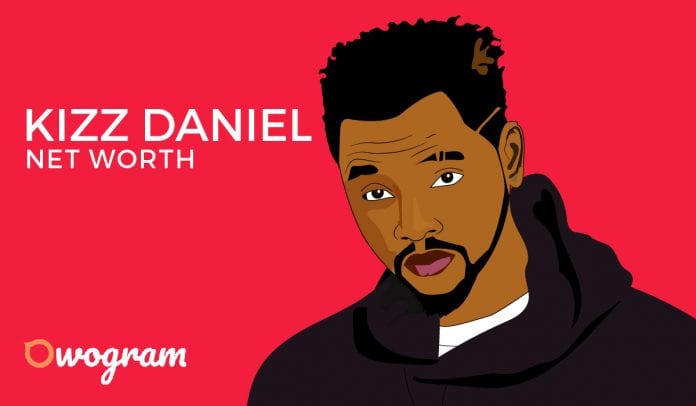 What is Kiss Daniel Net worth?

Now, are you interested in knowing Kizz Daniel net worth? Kizz Daniel is currently one of Nigeria’s best musicians.

Apart from this, he’s been described as the finest singer. According to the singer, he draws inspiration from big names in the industry such as 2Baba (formerly 2face) and 9ice.

If you had to choose a Nigerian wedding song for your first dance, which of the musician’s songs would you choose? Did you just say Kiss Daniel’s songs?

Yes, no wedding ceremony is complete without Kizz Daniel songs. Continue reading as we are about to get down to the business of the day on Kiss Daniel’s net worth.

Kizz Daniel had started his music career at a very early age in life, and had the full support of his father.

He was influenced by the likes of Zulezoo, Danfo Driver, 2Face Idibia, Oriste Femi, 9ice, Wande Coal, Ed Sheeran, and many more.

He however began his full musical career in the year 2013, when he got signed into the G-Worldwide Entertainment by Emperor Geezy.

Kizz Daniel is best known for his singles, which are hits, “Woju” and “Yeba”. In 2013, he inked a record deal with G-Worldwide Entertainment.

He left the label after a publicized contract dispute as well court case. Then, in November 2017, he created the Fly Boy Inc, his own record label.

Concerning how he came about his stage name, he said that it was given to him by a girl, but he didn’t reveal her identity.

Under G-Worldwide Entertainment label, Kizz Daniel released his debut single titled “shoye” on May 1, 2014. It was produced by Beatburx and directed by MEX.

Then, on Sept. 1, 2014, he produced his sophomore single “woju”. This got him more exposure, and no doubt, Kiss Daniel net worth started to increase.

After the second single, Daniel released his third song titled “Laye”. He released “laye” on his birthday, and the video came two weeks later.

On May 14, 2016, he released his 1st studio album, New Era. On the heels of his exit from G-Worldwide, the singer floated his own personal imprint FLYBOY I.N.C as earlier stated.

He has worked with Artistes like Harry Song, Iyanya, Mayorkun, Olamide, and many others.

This label recently signed two new acts, which are Demmie Vee and Philkeyz. Then, Kizz Daniel was featured on Demmie Vee’s single, “You Go Wait”?.

2018 was an amazing year for Daniel as he featured Wizkid on “For You”, which was a hit song. In the same year, he also featured Davido on a single, entitled “One Ticket”, which trended massively within just 24hrs of its release.

This album had 20 Songs, which included the pre-released One Ticket featuring Davido. Other features on the popular album were Diamond Platiumz, Nasty C, Demmie Vee, Philkeys, Dj Xclusive, Diplo, Wretch 32 as well as Sarkodie.

May 2018, the superstar changed his name from “Kiss Daniel” to “Kizz Daniel”. This reflected immediately on his social media accounts.

Not quite long, Kiss daniel did a collaboration with Adekunle Gold in the song titled “Jore” and it’s got tons of downloads and views.

As of 2020, Kiss Daniel’s net worth is estimated to be roughly $4.8 Million dollars.

Here are some of Kizz Daniel’s music highlights as he is fortunate to have won a lot of awards, including:

Some of Kizz Danie’s Songs Include:

Kizz Daniel is known for his love of luxury cars. He has owned a Mercedes Benz and Bentley.  The singer made headlines in 2018, when he bought his brother a Dodge Challenger

Whatever you want to do, you just have to start somewhere. Sooner or later, someone will discover you.

As of 2020, Kiss Daniel net worth is estimated to be roughly $4.8 Million dollars 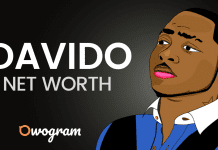 RunTown Net Worth and Biography