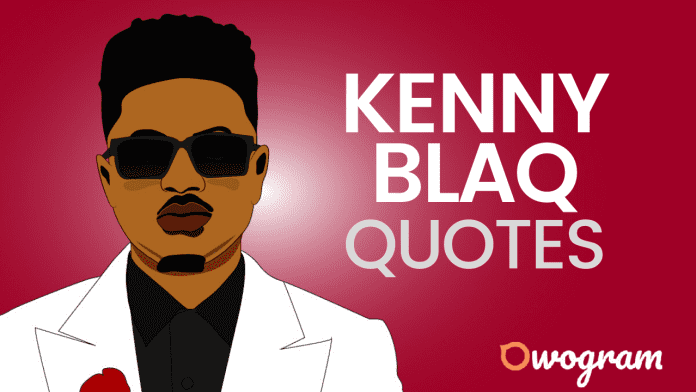 Another one is here; practical Kenny Blaq quotes that will inspire you on the road to achieving your dreams.

The youngest most popular award-winning comedian in Nigeria – Kenny Blaq has taken Comedy to a different level in Nigeria.

He has performed at several shows, and his style of comedy is simply unique.

Comedy in Nigeria is taking a different dimension each day and this young comedian, with his musical comedy style, is a game-changer. Kenny Blaq’s net worth speaks more of this.

In this quick post, we’ve put together motivational quotes from Kenny Blaq that will inspire you to achieve your dreams.

Related: 35 Great quotes from Michael Essien about soccer and life

3. “Don’t let anybody tell you they are better than you” – Kenny Blaq

5. “In whatever you are doing, be yourself, be unique and be real” – Kenny Blaq

Thanks for checking out this collection of quotes from Kenny Blaq! Don’t forget to share them on social media.

Which of these quotes resonates well with you? Let’s have your comments in the box provided below.