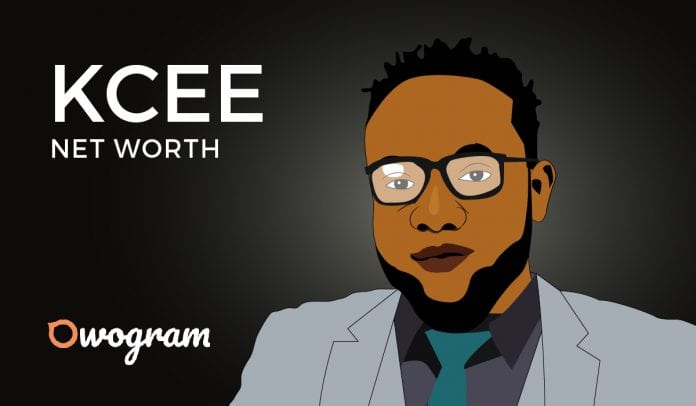 What is KCEE net worth?

Kcee net worth has made him one to the list of top twenty richest musicians in Nigeria. He is one of the artists whose tracks are always fashioned to send listeners dancing and grinding their waists away to the beats.

The Limpopo crooner shares like attributes with the American Airforce1. They both have an undeniable presence wherever they go.

For the Nigerian ace musician, his dress sense has always stood him out.

Generally, he is a lover of suits and combines them with varied colorful pants which is why it’s not so difficult spotting him even in a stadium.

However, his songs are great and party like. His Limpopo single still lingers in the heart of Nigerians.

KCEE Net Worth and Highlights

As of today, Kcee net worth is estimated to be $1.4 Million dollars, but he’s not ranked as one of the Top 10 richest musicians in Nigeria. Still, he’s net worth is worth talking about.

You can download any of KCEE’s songs on any of these ten best Nigerian music websites, or choose to listen to them.

Kcee with full names, Kingsley Chinweike Okonkwo was born on the 18th April, 1979, in Ajegunle, Lagos, Nigeria to late Mr Okonkwo who was a disc jockey (DJ).

His father was presumably an excessive dose of music fever who inspired him to sing even though he had plans of becoming a professional footballer.

He hails from Uli, Anambra State, but was raised in Lagos State. He keeps his personal life; relationships, marriage, and investments private.

He’s from a very humble background which was a catalyst to work harder to the position he occupies now as a dandy rich artist.

According to him, he had to juggle between secondary school and menial jobs in the streets of Ajegunle. The hustle in Ajegunle was real and you’re choiceless, hustle or die in hunger.

He once sold furniture to make a living. But really, life had more in stock for him.

He is the immediate elder brother to Nigerian young billionaire E-money, who is currently the CEO of Five Star Music, though with his brother as a shareholder.

From the start, Kcee wanted to become famous, but not in music. He enjoyed playing football, and his biggest dream was becoming a professional player.

In his young years, he managed to play for two local football clubs – “Julius Berger” and “Puma”.

If Kcee had followed his football dreams, who knows if he would have been on the list of top 10 richest footballers in Africa today?

Still, his music did make him great, as KCEE net worth is something many youths aspire to achieve. However, everything changed when Kingsley joined the church choir.

At first, he joined it for fun, but later, he discovered that he enjoys singing. Since he was a son of a professional DJ, Kcee already knew a lot of music genres and was familiar with various compositions.

Their work together as music partners gave them both a few recognition until 2011 when they split and went their separate ways to pursue their own careers.

However, Kcee and Presh met in a local church choir in Lagos in 1999. Together in the church choir both of became gest of friends and career partners till they both entered for the Star Quest TV Reality Show together and won the show.

Sometime later, they decided to leave this label and move on to creating their own, which they called “KP Records”.

Soon, they changed the name of the label, launching it under the title “Blingz Records”. Under this label, the two singing friends released one album called “No Time”. The leading single from this album was called “Shokori Bobo” in 2008.

Unfortunately, the union of Kcee and Presh did not last forever – after twelve years of being in the Nigerian music entertainment, they disbanded in 2011, when they had some inconsolable differences and decided it would be for the best to go their separate ways.

In 2013, Kcee teamed up with his brother Emeka Okonkwo who is also known as E-Money to set up a new music label “The Five Star Music Label” under which he released about nine of his singles that included the street anthem “Limpopo”.

This particular song catapulted Kcee’s career to greater heights as it moved crowds, won several awards and made him more famous all over Nigeria and Africa as he travelled different places to perform the sought after single.

The song “Limpopo” ranked top at the MTV music chart and was banging in several clubs, TV and radio stations all over Nigeria.

Also in 2013, he released his debut album “Take Over”. For many of the songs featured on this album, he collaborated with great Nigerian artistes, including Wizkid, Timaya, D’Banj, Phyno, Davido, Don Jazzy, Flavour N’abania, and many others.

After that, the career of Kcee started going up. He got a lot of nominations at such award ceremonies as the Headies, and won the Hip Hop World Revelation of the year with his song “Take Over”.

In 2017, he produced his latest debut album, “Attention to Detail”.

Kcee net worth started going up as he has signed a lot of profitable endorsement contracts. He signed a multi-millionaire deal with MTN. Another profitable deal of his was signed with the company “Magnum” and “Air Peace Airline”.

He was also appointed as Nigeria’s Peace Ambassador by the former first lady, Patience Jonathan.

Though, Kcee is a private person who does not like talking about his marriage publicly because for him, it is a private matter.

Lately, it became the public knowledge that Kcee has a gorgeous wife. It was shocking to the fans because the singer was claiming that he is single for many years.

However, recently, he and his wife Ijeoma Oduah-Okonkwo, who is an event decorator, celebrated the eighth anniversary of their wedding.

Apart from his music career and endorsement deals, Kcee net worth also includes his cars and houses.

Kcee bought his first car – a Mercedes Benz 190, with the earnings from the Star Quest TV Reality Show.

However, buzznigeria.com stated in 2018, that Kcee bought 4 additional cars, all painted in gold. Kcee’s younger brother also bought him a Mercedes Benz G-wagon, as a birthday gift.

In addition to all his flamboyant cars, Kcee has a very exotic mansion that is the envy of most of his fans.

Kcee’s luxurious lifestyle is known to everyone a revealed in an interview that his most valuable fashion piece is his stud earrings. He has numerous stud earrings, including one that is worth over a million naira.

In one of the collections of KCEE quotes, he said; “Don’t pay attention to people who don’t celebrate your victories. They’ll be the ones to create hashtags when you fail or die. Be careful, be smart, love yourself, and love those who love you! Real friends are hard to come by”. – KCEE

Some of the life and hustle lessons you’ll learn from Kcee is:

As of today, KCEE net worth is estimated to be

With all these achievements, the handsome, gifted, creative, and talented singer is rated amongst the top 20 richest musicians in Nigeria.

However, Kcee net worth cannot be overestimated.