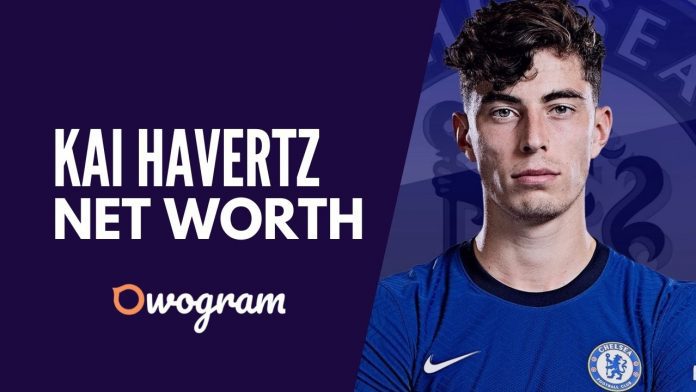 What is Kai Havertz net worth today?

Kai Lukas Havertz is a young, prolific professional football player who is currently playing for one of the top EPL football clubs “Chelsea FC”.

The tall and ever-smiling player loves to see the ball at the back of the net with his unique style of play. Kai Havertz has scored more than 60 goals in his senior career at the club and national level.

Kai Havertz is a two-footed attacking midfielder who can score goals with both legs and also with his head, making him dangerous on the field of play.

Havertz, as he is popularly called, has broken many records, both in the national team and at the club level.

After appearing for Germany at various youth levels, he became the first player born in 1999 to represent the national team.

He was signed by Chelsea in 2020 for a transfer worth €84 million (£72 million), making him Chelsea’s third-most expensive signing.

With Chelsea, Havertz won the 2020–21 UEFA Champions League, scoring the winning goal in the final. Kai Havertz net worth in Chelsea is among the top in the list of players’ earnings. Today, he is on his way to joining the list of the top 20 richest footballers in the world.

There have been many comparisons that have been made with Havertz. Some compared his style of play to that of Ballack, Ozil, Toni Kross, and Muller.

]It is thus expected that Kai Havertz net worth to be worth talking about with his growth and performance as a professional footballer.

Please follow along, as we discuss Kai Havertz’s worth, biography, awards and achievements, lessons learned from his life, and many more.

Kai Havertz Net Worth and Transfer Worth

Related: The top 10 most paid players in the English Premier League

Kai Havertz was born in Aachen, North Rhine-Westphalia. He grew up in Mariadorf, a district of Alsdorf. Later, the family moved to Aachen.

Havertz had his first experience in football at the age of four when he joined the amateur club Alemannia Mariadorf.

When he was 10 years old,  he was signed by a lower division Bundesliga club Alemannia Aachen where he spent only a year in the club’s academy before joining one of Bundesliga giant Bayern’s Leverkusen at the age of 11.

In 2016, at the age of 17 after scoring 18 goals for the club’s U-17 team, he was awarded the silver U-17 Fritz Walter Medal before breaking into Leverkusen’s senior team the following year.

His fast progression into the senior team makes Kai Havertz’s net worth to start increasing. At the age 17, he was handed his first Champions League start in the first leg of a round of 16 loss to Atlético Madrid.

He scored his first goal for the club on 2 April, netting a later equalizer in a 3–3 draw with VfL Wolfsburg. Upon doing so, Havertz broke another club record to become Leverkusen’s youngest-ever goalscorer in the Bundesliga, at the age of 17.

He broke many records in the German Bundeliga and also in his club.

All these records make Kai Havertz net worth keep increasing. He is loved by his teammates, fans, and coaches.

On September 4, 2020, Havertz signed a five-year contract with Premier League club Chelsea, one of the richest football clubs.

On 23 September, Havertz scored his first career hat-trick and his first Chelsea goals in a 6–0 home win over Barnsley in the third round of the EFL Cup on 29 May 2021, he scored the only goal of the game in the 2021 UEFA Champions League Final.

It was his first-ever goal in the UEFA Champions League as Chelsea beat fellow English club Manchester City to win the competition for the second time in club history. With the specular performance in the final, Kai Havertz’s net worth was reviewed.

In one of our favorite Kai Havertz quotes, he once said, “I try to play good football. I am not thinking about my market value when I enter the pitch,”

An investment in education pays the best interest. Education is the best policy. While Havertz was playing for Bayern Leverkusen, he was still a student, attending school and reading for exams.

Do not be satisfied with a few achievements; aim higher and be hungry for more. Then expect it to keep coming your way.

Be patriotic to your country and always be ready to serve when the call comes. Heed and obey.

Seeing Kai Havertz playing in one of the top clubs in Europe at such a young age is delightful and encouraging.

The young and talented footballer deserves to live a good life. Havertz gave his very best and now his earnings and net worth is what both young and old are fantasizing and talking about. Don’t forget to like, comment and share. 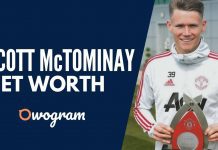