Home Net Worth Jimoh Ibrahim Net Worth, Age, And Biography 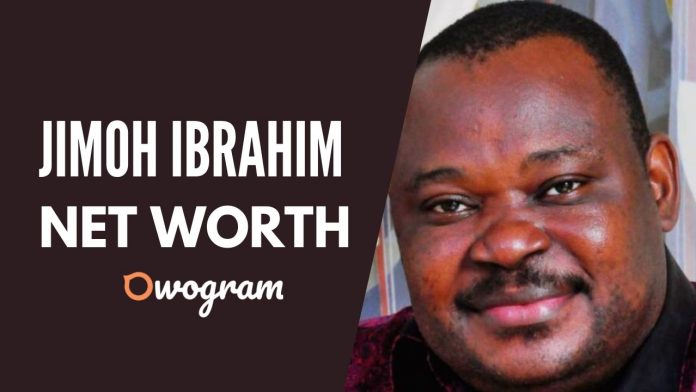 What is Jimoh Ibrahim net worth?

This article is a grass to grace story about a lawyer, politician, businessman, and philanthropist in Nigeria known as Jimoh Ibrahim.

Clearly, the business mogul is swimming in riches, which has made many people interested in knowing Jimoh Ibrahim net worth.

Also, his huge net worth makes him one of the richest men in Nigeria without a doubt.

The story of this great entrepreneur is one that every young Nigerian and aspiring entrepreneur must pay close attention to as it could serve as the much-needed inspiration to people.

He is the founder of a large conglomerate in Nigeria, which has interests in the insurance, hospitality, oil and gas, and media sectors of the Nigerian economy.

How Much Is Jimoh Ibrahim Net Worth?

Jimoh Ibrahim net worth is $1.1 billion.

This makes him one of the richest men in Nigeria.

You can even put him on the list of richest men in Africa, considering his numerous businesses within and beyond the shore of Nigeria.

He is a native of Okitipupa in Ondo State, Nigeria.

His father was a bricklayer who married about 7 wives while his mother was a fish seller.

He studied law at Obafemi Awolowo University in Ile Ife, Osun State, Nigeria, graduating with the degree of Bachelor of Laws (LLB).

Also, he obtained the degree of Master of Public Administration (MPA), from Obafemi Awolowo University.

Later, he attended Harvard University in Cambridge, Massachusetts, USA, graduating with a combined Master of Laws (LLM) and Masters in International Taxation degree.

Ibrahim picked an early interest in making money out of his knowledge, even as an undergraduate.

He believed that as a Nigerian, He can do exploits, He said in one of His quotes that “In terms of intelligence, Nigerians are generally okay, all they need is to be trained” Therefore he keep hustling.

He first observed that only the federal and state governments had laws, and so proposed organizing law seminars across local governments in Nigeria, to teach them how to make their own laws.

During the course of the seminar he organized for public functionaries, Ibrahim was able to spot another opportunity.

As a result, he submitted a proposal to the government on how he could help the country with the withholding tax problem he was having with multinational oil companies.

In his proposal, he stated how he could help the country recover the funds but he would need to be employed as a paid consultant to the Federal Government on the issue.

Ibrahim’s proposal was approved and in a short while, he had helped the Federal Government earn billions of naira.

His earnings from this consultancy position were used in acquiring swampy land at the Victoria Garden City which he used to build an ultra-modern filling station and a couple of banking halls.

The banking halls he built in VGC were said to have cost #21 million yet the banks that were tenants in this facility paid over #40 million.

As a businessman, Jimoh Ibrahim is known to have interests in key business outfits across several sectors and uses the Global Fleet Group, where he sits as chairman and chief executive officer, as the umbrella company for his investments.

Global Fleet is now a diversified conglomerate with a presence in several countries.

He started out the Global Fleet Oil and Gas in 2004 as a petroleum marketing company.

Within a year, they bought about 150 stations and started averaging about $1 million daily in oil and gas sales. Since then, the company has acquired more fuel stations.

Ibrahim founded Energy Commercial Bank, Accra, Ghana in 2009 and it is considered an arm of the Energy Group, one of the largest Africa conglomerates with diversified interests in banking and financial investment.

The Group also acquired 100% of the Oceanic Bank (STP) in June 2011, changing its name to Energy Bank Sao Tome & Principe (STP) and making it another arm of the Energy Group and a subsidiary of the Global Fleet Group.

Air Nigeria was established in 2010 as Virgin Nigeria, with Ibrahim as a major shareholder.

Ibrahim is also the Group Managing Director of NICON Insurance and one of its subsidiaries, Nigeria Reinsurance Corporation in Lagos state.

In the hospitality industry, Ibrahim acquired the former Le Meridian Hotels in 2003 and changed its name to NICON Luxury Hotel.

The Nicon Airways came to being as a result of Ibrahim’s acquisition of Virgin Nigeria.

Ibrahim is also the owner of Global Media Mirror, publishers of the National Mirror, and has acquired 51% of News watch Communication Limited giving him a substantial stake in Nigeria’s media industry.

Ibrahim served as the Chairman of the board of the Corporate Affairs Commission (CAC) in Nigeria, from April 2009 to December 2012.

It was quite a turbulent tenure that saw the CAC workers embarking on industrial action in May 2011 to push for his removal.

In 2011, he was also appointed the Honorary Consul of Sao Tome and Principe to the Federal Republic of Nigeria.

In 2003 and in 2016, Ibrahim attempted to become the governor of Ondo State, on the platform of the All Nigeria People’s Party (ANPP) and the People’s Democratic Party (PDP) respectively but was not successful.

He has authored three books as well.

How Does Jimoh Ibrahim Spend His Money?

Jimoh Ibrahim is said to own many properties in and out of Nigeria.

The billionaire owns many houses in the rich neighborhood of Lagos, Abuja, and other places in Nigeria.

He was also reported to own a luxury home known as Bishops Avenue home in the UK.

The billionaire decided to spoil himself with a Rolls-Royce on his 50th Birthday.

The luxury car cost him a whopping ₦300 million

Jimoh Ibrahim is a man who had a humble beginning as he was born without a silver spoon and came from a very rough background with a lot of deprivation in his growing up days.

Reportedly from a polygamous family, Ibrahim managed to, against all odds, obtain admission into the University and eventually graduated as a barrister at law from the University of Ife, now Obafemi Awolowo University in 1991.

Ibrahim had no such luxuries but had an intense desire and a strong conviction to become successful in life.

Jimoh Ibrahim has successfully exemplified what hard work, determination, and persistence can do for anyone who possesses these qualities.

Ibrahim always had his eyes prowling in search of opportunities. Considering his entrepreneurial spirit, it is no longer a surprise considering what Jimoh Ibrahim net worth is.

One might imagine what the young man was thinking as an undergraduate, but it was clear to him even at that age that he did not have to wait till he left school to make money.

He also used his father’s bricklaying materials to execute some small-scale contracts which he secured. 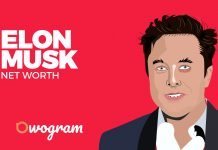