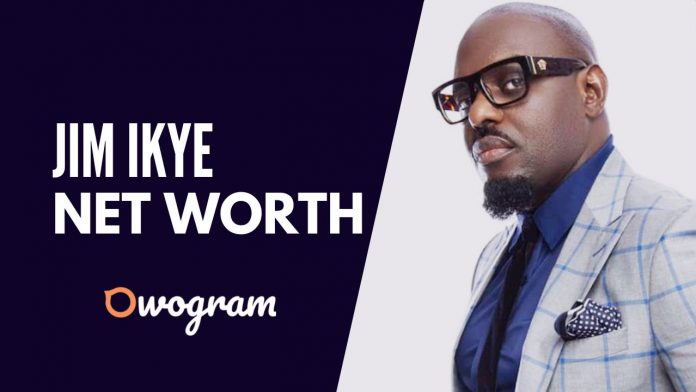 What is Jim Iyke net worth today? In this article, you’ll learn more about the talented actor.

Since stepping into the acting scene in 2001, Jim Iyke has risen to become one of the most influential and sought-after actors in Nollywood owing to his style if acting which has endeared him to fans of Nollywood and his colleagues alike.

Apart from acting, Jim Iyke who has a net worth of $5 million is also a talented music artiste who has recorded several songs and featured top musicians like 2Baba and Late Soundsultan. Jim Ikye is one of the top 10 richest actors in Nigeria today.

This article will tell you all you need to know about JIM Iyke’s net worth, including how he amassed such a large fortune and how he got there.

We are going to walk you through everything, starting with his early childhood.

Jim Iyke Worth and Highlights

Jim Iyke’s bet worth in 2022 is $5 million making him one if the richest actors in Nollywood. Below are Jim Iyke’s career highlights:

Jim Iyke was born on September 25th, 1976 in the city of Libreville, which is located in the country of Gabon in Africa.

His mother’s name is Ngozi Gladys Okelue Esomugha, while his father’s name was formerly Stephen Okolue but he later changed it to Esomugha. He was born in Ogwugwu Village located within Enugu Agidi town in Anambra State, one of the states in Nigeria.

Jim Iyke has five sisters and he is the only boy in the family. Between the years 1985 and 1991, he attended F. G. C. Kwali Abuja, where he received his secondary school education.

Jim Iyke received his diploma in Banking and Finance as well as his Bachelor of Science degree in Philosophy from the University of Jos, which is located in the state of Plateau.

Jim Iyke made his acting debut in the year 2001. He is one of the actors in Nollywood who earns the most money, and he has acted in more than one hundred fifty (150) different movies. Untamed Productions was the name of the film production firm that he established in 2007.

Jim Iyke established the record label known as Untamed Records for his musical productions. The first album he created was named “Who Am I?” and featured prominent Nigerian musicians like 2Baba and Sound Sultan. He also produced the album.

The controversial video of Jim Iyke’s supposed ‘deliverance’ at The Synagogue, Church of All Nations, led by Pastor T.B. Joshua, went viral and led to considerable debate on social media. This was one of the greatest issues in his career. The so-called “bad spirit” is said to have admitted that it was responsible for Jim Iyke’s inability to find a spouse.

Having earned his black belt in taekwondo, Jim Iyke, In April of 2019,  went on his Instagram page to make the announcement of the birth of his son, Harvis Chidubem Iyke. In the post, he uploaded a picture showing him holding his kid shortly after he was born.

He has been joined in matrimony to Dana Kinduryte. They are the proud parents of a son who goes by the name Harvis Chidubem Iyke.

In an interview with net in January 2021, Jim Iyke stated that he favored Davido to Wizkid as his favorite artist. Harvis Chidubem Iyke, is the name of the son of Jim Iyke and Dana Kinduryte.

The Jim lyke Foundation for Children with Special Disabilities was established by Jim Iyke, who also served as the foundation’s namesake. In December of 2012, he went to Kenya in order to lend his support to the charity project known as the Make a Change Campaign, which was initiated by Christopher Grey and Jamaican dance hall star Ce’cile.

Does Jim Iyke own a private jet?

Jim Iyke, often known as the “self-branded Nollywood bad boy,” has just entered the world of Nigerian performers that fly about in private jets.

According to Informationnaija, He did this by hiring a private jet to transport him around the continent for the purpose of filming his reality series “Unscripted.” Hence he does not own a private jet

Has Jim Iyke been converted to Islam?

Jim Iyke, a popular actor in Nollywood, has responded to rumors circulating on the internet that he has recently converted from Christianity to Islam by denying the claims.

It was reported on Wednesday, June 1, 2022, that the actor had converted to the Islamic faith, and in response, some Muslims expressed their delight at the star’s decision to join their religion.

In a video posted on his Instagram profile on June 2, 2002, Jim Iyke responded to the allegation by denying its accuracy and stating that he had no intention of ever converting to Islam. He did this on Thursday.

According to him, the photographs that went viral and caused the claim to be made were taken from a movie that he is currently filming in Ghana.

The entertainment world is very competitive, especially in the movie aspect. To stand out among your contemporaries in the movie industry you need to know your craft and master it, then try to be unique in your own way instead of trying to imitate others.

This is what has helped Jim Iyke during his glittering career, as he is known for the exceptional way he executes his acting role.

Jim Iyke’s career has been marked by various controversies, which might be true, and yet he refused to be caught up in the middle of these rumors and allegations. Instead, he chooses to focus on his life and carrier, and today he is one of the most celebrated names in Nollywood.

Jim Iyke has repeatedly demonstrated why he is one of the most influential actors in Nigeria, and his career is only going to continue to flourish as more time passes.

As of the year 2022, it is anticipated that Jim Iyke’s net worth will be $5 million dollars, and there is no reason to doubt that this number will continue to increase.