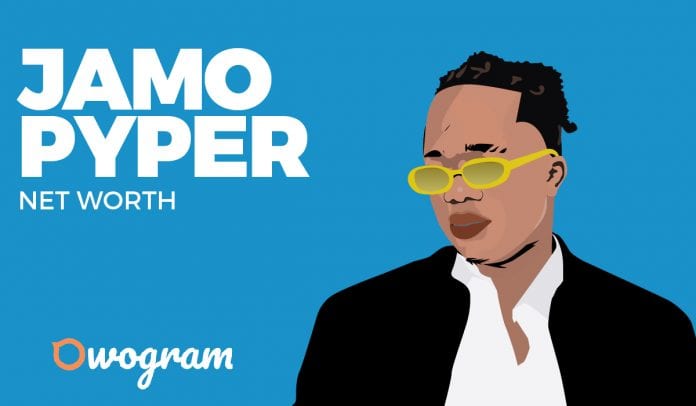 How much is Jamo Pyper net worth today?

Jamo Pyper is one of the breakout stars in recent times. Having only released a few singles to his name, Jamo Pyper is clearly still in his early years in the music industry.

Regardless of this fact, he is quickly gaining fan recognition from numerous fans who enjoy his style of singing and vibe to it.

Although he’s not a contender on a list of the top 10 richest Nigerian musicians, questions about Jamo Pyper net worth can be credited to this rapid rise to fame.

One thing we can all agree from the few songs which Jamo Pyper has worked on is that he’s got enormous talent and potential to thrive and make it big in the entertainment industry today.

The organization and delivery of his songs are just perfectly suited to respective songs. This article will enlighten you on Jamo Pyper net worth, early life, career to date, and exciting moments of his young career.

Jamo Pyper whose real name remains a mystery to date was born on the 20th of October, 1995.

He is originally from Oyo state, but was born and raised in Lagos. Little to no information is available on Jamo Pyper’s parents as well as childhood.

However, considering the fact that he was raised in Egbeda in Lagos State, we can boldly assume he is one that had a modest beginning.

Details of Jamo Pyper’s childhood, education, and experiences are still under wraps, most likely due to his relatively young career where few people are really interested in these details.

According to him, he started singing when he was a child, usually taking time out to work on freestyles, covers, and so on.

Jamo Pyper net worth was relatively unknown and uninteresting to the public until he ran into popular popular Nigerian Street rapper, Zlatan within the suburbs of Lagos.

It is important to note that before he met with Zlatan, Jamo Pyper had already worked personally on a few music projects which never really garnered much in terms of success, as well as fame.

Meeting Zlatan was the breakthrough his music career really needed to go bang.

His meeting with Zlatan was very fruitful, and led them both to the studio to work together on a song. According to him, he had acquaintances with Zlatan prior to making it big in the Nigerian music industry.

After confirming his abilities as a top singer, Zlatan swiftly signed him to his record label known as the Zanku Records. Jamo Pyper was signed alongside Oberz and Papi snoop within the same time frame.

This trio went ahead to work on their first song in the record label titled “Unripe pawpaw”. This song recorded much-needed success and this led to a significant upgrade on Jamo Pyper net worth.

Jamo Pyper net worth hit a huge fortune when he made a collabo with Mayorkun titled “If no be you”. The success recorded by this song was sensational, and rightfully so, due to the effort, tunes, and sweet melodies invested in the song.

Related: Mayorkun net worth and biography

The video for the song was released on YouTube, and it immediately recorded success through massive views reaching millions.

Jamo Pyper also did “Omode Meta” together with Zlatan Ibile and Naira Marley. Jamo Pyper net worth earned a boost through the massive public views and downloads of both video and the song.

He released another successful single “Josi” which featured Chinko Ekun and Zlatan. Several of Jamo Pyper’s songs have made it to MTV Base’s ‘Top Ten Street Anthems’.

You can download any of the following Jamo Pyper songs on any of these top Nigerian music websites. Jamo Pyper’s songs till date includes:

Jamo Pyper net worth today is estimated to be worth over $80,000.

Jamo Pyper was nominated for the Rookie of the Year award at the 2020 Headies.

Judging from his exploits in the music industry, there is no doubt he would be bagging bigger and better awards in the nearest future.

How Jamo Pyper Spends his Money

While Jamo Pyper net worth might still be a far cry away from the net worth of some other notable upcoming musicians, it has not deterred him from living life on the high end with luxurious properties.

He spends most of his fortune on luxury cars like the Mercedes G-Wagon, Mercedes CLA class, Chevrolet Camaro, and a 2020 range rover.

Jamo Pyper’s residence is kept under wraps from the prying eyes of the public. However, judging from the kind of luxury cars he owns, it is expected he also lives in a luxurious mansion with all the modern facilities anyone could ask for.

Related: How much is Davido net worth?

Summary of Jamo Pyper Net Worth

Jamo Pyper NET worth might be too early to discuss today as he is still on the way to superstardom. But we can’t take away anything from all he has achieved till date.

As a result of this, not much can be used to determine Jamo Pyper net worth aside from all we have listed in this article and he has definitely earned every single bit of it.

This article has given detailed information on Jamo Pyper at the time of writing of this article.

If you have any additions or suggestions, please feel free to use the comments section below and be sure it will be noted. You can also share your views on the post through the comments box provided below.