Home The Watch How Did Kamaru Usman Become So Dominant? 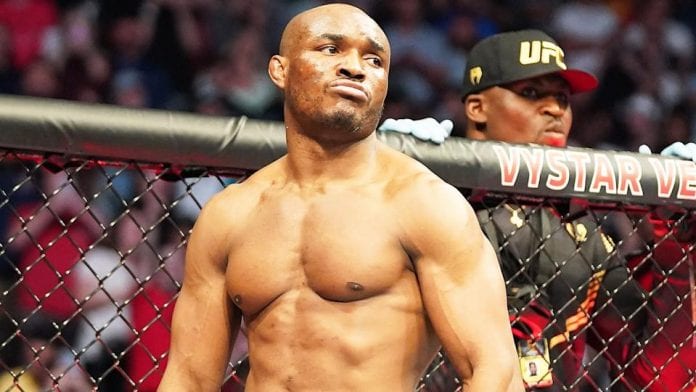 With four successful title defenses under his belt, Kamaru Usman has proven himself arguably the best UFC fighter on the planet since winning the welterweight crown in 2019.

In April, he bludgeoned Jorge Masvidal inside two rounds in what was a rematch of their 2020 encounter, which Usman won on points.

After winning the first fight so conclusively, Usman was a significant betting favorite in April with online betting sites and he certainly showed why.

Though he was expected to win, few could foresee just how brutally Usman would dispatch Masvidal. In the second round, the champion uncorked a perfect right hand that instantly turned Jorge’s lights out.

What was so impressive about the win was how Usman was able to better Masvidal on the feet, where the challenger was expected to do his best work.

Regarded as one of the best boxers in the UFC, Masvidal seemingly had the edge in the stand-up game, but that proved to be false.

Rather than use his superior wrestling and grappling, Usman jabbed his way into range before timing Masvidal with that perfectly executed finishing shot.

Usman has proven himself undeniable in the octagon and the critics will struggle to find anything to use against him now.

The rise of gladiator…

Born in Auchi, Nigeria, Usman and his family immigrated to the United States when he was just 8.

His father, a pharmacist, set them up in Dallas, Texas. His journey through mixed martial arts stemmed from his success as a wrestler, which began in his sophomore year at Bowie High School in Arlington, Texas.

He accumulated a 53-3 record before going to college in Iowa at William Penn University, before transferring to the University of Nebraska at Kearney.

There, he led the wrestling team to their first ever team title in 2008 and finished with a staggering 44-1 record, including 30 straight wins. In 2010, he became the NCAA Division II national champion at 174 pounds, marking himself as a truly elite wrestler.

After a failed attempt at making the 2012 US Olympic wrestling team, Usman turned his attention to MMA. He turned professional in November 2012, fighting on regional shows and suffering his only professional defeat to date.

After a successful debut, Usman went up against Jose Caceres in his second professional fight but was submitted in the first round.

Later, he admitted that he thought his wrestling would be enough to win the fight and had never trained Brazilian jiu-jitsu (BJJ) beforehand.

So, when Caceres was able to use his grappling to sink Usman into a rear naked choke, Kamaru realised he had some improvements to make.

After the fight, he introduced BJJ into his training and is now a black belt in the discipline. He has never lost a fight since.

This determination to constantly evolve his fighting style is what has helped Usman become one of the most dominant fighters in UFC history. Now 19-1 with 18 straight wins, the 34-year-old has become an unstoppable force at welterweight.

Earlier in his career he was winning a lot of fights by decision, smothering his opponents with world-class wrestling and backing them against the cage, not allowing them to fight their fight. The likes of Leon Edwards and Sean Strickland all struggled to hold off ‘The Nigerian Nightmare.’

Even against other elite wrestlers like Tyron Woodley, who he won the belt from, Usman was able to control fights with his suffocating strength and tactics. Of course, he had also been developing in other areas and was able to use his BJJ skills against the likes of Demian Maia and Rafael dos Sanjos.

However, once he became champion, Usman’s overall quality seemed to go up several levels, creating a gulf between him and the rest of the division. In his first title defence, Usman was matched with No. 1 contender and bitter rival Colby Covington.

As both were elite wrestlers, neither man wanted to risk a takedown attempt and so the entire bout took place on the feet. They produced one of the greatest fights in UFC history, trading vicious blows throughout.

It was Usman who found the extra gear, breaking Colby’s jaw and producing the punches to finish the fight in the fifth round. A rematch is reportedly happening this year and fans could not be more excited.

Usman displayed an excellent jab and great footwork in that fight, proving that he had become a lot more than just a dominant wrestler.

When he was then scheduled to fight longtime training partner Gilbert Burns, Usman left his training camp in Florida and teamed up with renowned striking coach Trevor Wittman.

Under Wittman’s tutelage, Usman improved his striking even more, and put it on full display in his eventual fight with Burns in February of this year.

After being rocked in the first, Usman rallied to drop Burns with a jab in the second and finish him with ground-and-pound.

With all these different elements to his fighting style, and how skilled he is in each one, many fans and pundits consider Usman the best fighter on the planet right now.

He has certainly gathered one of the most impressive resumes and continues to seek out the toughest fights. Since his sole professional defeat, Kamaru has focused on constantly improving and now, at the top of the mountain, he is enjoying the results of those efforts.