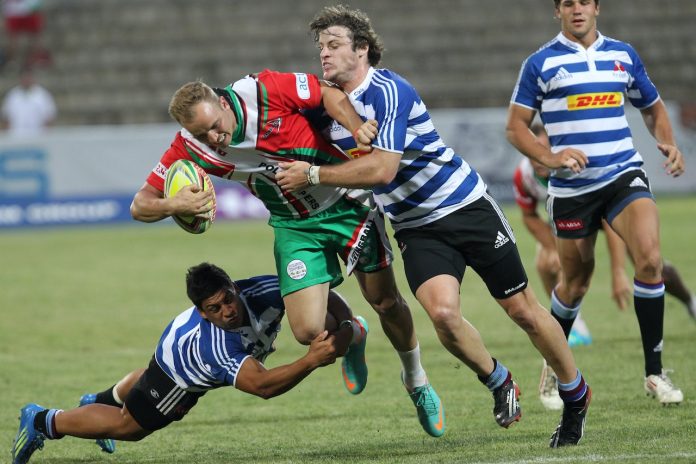 The entertainment industry is fast expanding in different forms and budgets. With sports being a core form of entertainment as more individuals train to be sports entertainers daily.

Among the various forms of sports, some athletes receive more payments than others depending on factors like sponsorship, endorsement, prestige, and others.

Is soccer the highest paid sport? You should check out our post about the top 10 highest paid players in EPL if you’re a soccer fan.

In this article, we’ll walk through the highest-paid sports in the world, from the least to the highest, in that order.

The Top 10 Highest Paid Sports In the World

Currently, Brock Lesnar is the highest-paid WWE performer, earning a reported $12 million yearly. Other wrestling icons include Braun Strowman, Drew McIntyre, Seth Rollins, The Undertaker, and many others.

Next up on the list of the highest paid sports in the world is Ice hockey. It is also ranked as the #4 most watched sport and one of the most played sports in America. It is quite popular in Canada and Europe.

Connor McDavid of the Edmonton Oilers is currently the highest-paid NHL player, earning about $12.5 million. Other top ice hockey players include Artemi Panarin, Erik Karlsson, Drew Doughty, and others.

Next on the list of highest paid sports in the world is baseball. Baseball is yet another popular sport in the world, especially in the United States and Europe.

Max Scherzer is currently the highest-paid MLB player, earning over $43 million. Other Baseball stars include Carlos Correa, Mike Trout, and Gerrit Cole, among many others.

This list of the top 10 highest paid sports won’t be complete without tennis. It is ranked as the #4 most popular game in the world with over one billion fans worldwide.

The International Tennis Foundation (ITF) is the global governing body of tennis. Major tennis tournaments include Wimbledon, the US Open, Australian Open, French Open, ATP, Davis Cup, and many others.

Roger Federer is currently the highest-paid tennis player, earning over $106 million. Other tennis icons include Novak Djokovic, Naomi Osaka, Serena Williams, Daniil Medvedev, and many others.

Kylian Mbappe is currently the highest-paid soccer player, with a weekly pay of £1 million. Other football stars are Lionel Messi, Neymar, Cristiano Ronaldo, and Kevin de Bruyne, among many others.

Coming as #5 on the list is the ‘dogged’ American football. Its governing body is the International Federation of American Football (IFAF). Of course, it is most popular in the United States and Canada.

The National Football League(NFL) is the most popular league based in the United States. American football also has its place as one of the most dangerous sports in the world.

Occupying third place in the list of the highest paid sports in the world is auto racing. Auto Racing is most popular in the United States, Australia, and Europe. Its governing body is the International Automobile Federation (FIA).

Auto racing is also ranked as one of the most dangerous sports. Popular auto racing events include the Grand Prix, Formula One, NASCAR, and many others.

Big names like Lewis Hamilton, Max Verstappen, Fernando, Lando Norris, Dale Earnhardt, and many others are well-known in auto racing.

However, Lewis Hamilton is the highest-paid race car driver and earns a reported $36 million.

Currently, boxing is the second among the top highest-paid sports in the world. It is most popular in the United States and Europe. Its main governing body is the International Boxing Association (IBA).

Topping the list of the highest paid sports in the world is basketball. The world’s #1 legit highest-paid sport. Basketball originated in the United States and is among the most popular sports by viewership in North America.

Want to know the richest NBA players? Check out our list of the top 20 richest basketball players in the world.

Stephen Curry of the Golden State Warriors is currently the highest-paid NBA player, earning over $48 million. Other basketball stars include LeBron James, Kevin Durant, Giannis Antetokounmpo, and others.

Summary of the Highest Paid Sports In the World

There you have the list of the top 10 highest paid sports in the world. Did you know that the list of ESPN Top Salaries in Sports 2011 had baseball and boxing with the highest individual salary in that year?

Over the past 12 years, basketball, boxing, auto racing, and golf and taken the top spots.

Which of these sports do you love watching or taking part in? Let’s have your comments in the box provided below.