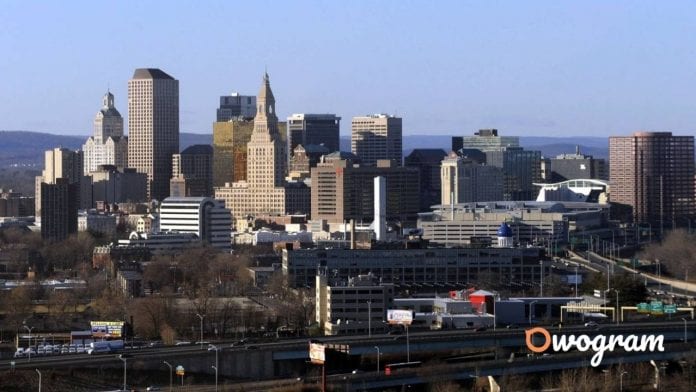 Hartford City is the capital city of Connecticut State and it was named after the home of one of the English Settlers called Hertford which is pronounced Hartford.

The capital of Connecticut is regarded as the 29th most populated capital city in the United States as its population has been estimated to be about 121,033.

The city of Hartford is one of the oldest cities in the United States and it is known for its fantastic Artworks and paintings.

There are more than 20,000 Artworks found and one of the popular paintings of Hartford is seen in the Horace Bushnell Memorial Hall.

Related: The full list of U.S states A to Z

The first insurance on a car in the United States was issued in Hartford, Connecticut and that explains the reason for Hartford’s nickname called “The Insurance Capital of the World”.

Below, you would find 20 Interesting facts about Hartford.

Hartford is home to the oldest continually published Newspaper called “The Hartford Courant”.

Hartford got its name in reference to the home of one of the English settlers called Samuel Stone from an English town called Hertford, as in Hertfordshire.

The oldest public art museum in the United States is the Wadsworth Athenaeum and it is located in Hartford City. It contains 79 paintings and over 50,000 artworks.

Connecticut State disbanded its County governments in 1960 and Hartford was the historic seat of Hartford County.

Hartford was used as a setting for the popular movie called Far From Home which was released in 2002.

The Horace Bushnell Memorial Hall in Hartford City has a 187 by 40 foot Art Deco oil painting and it is regarded as the largest hand-painted ceiling mural of its kind.

It was in Hartford that the first magazine mainly for children was published. It is called “The Children Magazine” and it was firstly published in the year 1789.

The Automated Pistol was invented by John M. Browning of Hartford in 1896.

Hartford City is the 29th most populated state capital city in the United States.

Hartford remains one of the oldest cities in America as it was established in 1635.

Hartford’s Aetna building is the largest colonial revival building in the World.

The world’s largest ceramic-tile mural of Christ found in the Cathedral of St. Joseph located in Hartford City.

According to the list of Forbes’ Top Global 2000 Companies, at least 5 of Hartford companies were mentioned.

Related: 20 Interesting facts about Tallahassee – the capital of Florida

The people of Hartford celebrate their Independence Day every July 4 as a National Holiday.

Hartford was firstly named Newtown when the English settlers took over the city in 1635 and was later renamed in 1637 as Hartford City.

Hartford is the State Capital of Connecticut State and it is also regarded as the “Insurance Capital of the World”.

Hartford had paired as the State Capital City with another city in the past, making way for two state capital cities.

This happened around 1701-1874 when Hartford and New Haven were both state capital cities of Connecticut.

The second oldest public secondary school in the United States was founded in 1638, Hartford city and the name of the school is Hartford Public High School.

Hartford is home to the Author of the First American English Dictionary whose name is Noah Webster. He was born on October 16, 1758, in Hartford City, Connecticut.