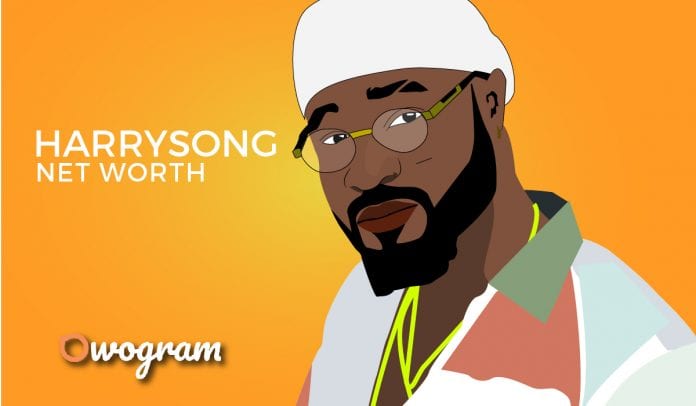 What is Harry Song net worth

From “I’m in love” to “Beta pikin,” his journey in the Nigerian music industry has been romantic. However, that’s not all! He also soothes your soul and calms your heart with his beautiful voice.

If you haven’t heard, “Reggae blues,” then you are missing out on good music. Yes, we are talking about Harrysong, the renowned Nigerian singer, and Songwriter and instrumentalist.

Though Harry Song is not on the list of the top 10 richest musicians in Nigeria, we’ll share with you info about his career, professional life.

Harrysong was born on March 30th, 1981 in  Warri, Delta State, Nigeria to Ijaw parents but moved to Lagos years later after spending most of his early life at Port Harcourt.

Due to the sudden death of his mother, the relationship he had with his stepmother became very strained. This eventually resulted in him quitting school at that tender age.

Since that incident however, he became more focused on his music and his passion for music knew no bounds.

At age eleven, Harrysong’s career as a singer took off when he became a congarist in the church his mother served as the music director while she was alive before he went on to learn contemporary gospel music.

Harrysong and his family moved to Lagos State in 2007. This didn’t stop him from continuing to work on his singing and vocal abilities.

He also began to use his music as a source of income by singing at night clubs and was also the leader of a popular live band.

It was through this hustle that he met Chinweike Okonkwo well known as Kcee who helped propel him into superstardom.

He was subsequently introduced to the 5 star music record label which he eventually signed for. No doubt, Harry Song net worth has started to climb.

Later after signing for 5-star music, he followed up by releasing lead singles like ‘I’m In Love’ and ‘Taiye & Kehinde’ which made him known within the Nigerian music and entertainment industry.

The music videos of both songs were topping the majority of the music video charts in Nigeria and ranked among the best produced at that time.

Over the years, Harry song has featured musicians like Olamide, Iyanya, Kiss Daniel, Timaya, and many others.

In 2012, Harrysong, through QuestionMark Entertainment released his debut album titled Testify and after two years, he was nominated by Nigeria Entertainment Awards for Best Pop/R&B Artiste of the Year in 2014.

This nomination came after the arrival of one of his hit singles titled Better Pikin in the said year.

As of today, Harry Song has not worked with any of the 20 richest musicians in the world, we hope that someday, his relentless effort will earn him such honor.

Harry Song Net Worth and Highlights

As of today, Harry Song net worth is estimated to be roughly $1.5 Million.

Here are some of his awards and highlights.

In one of our favorite Harry song quotes, he said; “I cannot rap to save my life. The few times I tried it in the privacy of my house, my friends told me to shut my mouth because I was just doing rubbish. I can handle all other genres of music except rap.”

Know your worth: Harrysong knows his worth, so he does not settle for less.

He works hard and also stays loyal to his own genre of music. This ensures that his music stands out compared to other musicians.

It is purely through hard work and devotion that Harrysong net worth is up to the level it attained today.

He also strive to keep developing himself in order to be able to keep up with the demands of his fans and today his work is well recognized in Nigeria and Africa as a whole.

Lack of formal education is not a barrier to success: As outlined in this article, Harrysong quit school due to his parental struggles at home.

This however did not stop him or reduce his passion for what he loves to do most. It also wasn’t discouraged from putting in the required work in order to succeed through it.

Harrysong net worth today is what he can stand and boast for since he earned every bit of it. All we can surely learn from him is to hold on to our dreams no matter what.

Summary of Harry Song Net Worth

As of today, Harry Song’s net worth is estimated to be $1.5 Million dollars.

Harrysong can be referred to as one the popular musicians in Nigeria today. He has a career that is almost a decade old in the Nigerian music industry.