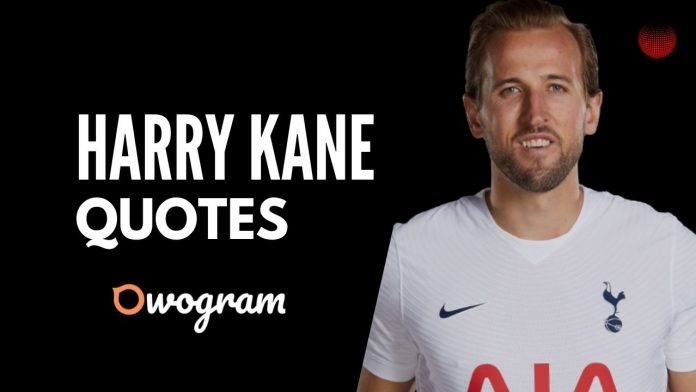 We bring to you 45 great Harry Kane quotes about soccer and life that you shouldn’t forget so soon.

Harry Edward Kane MBE is an English professional footballer who plays as a striker for Premier League club Tottenham Hotspur and captains the England national team.

Regarded as one of the best strikers in the world, Kane is known for his prolific goalscoring record and ability to link play.

Harry Kane net worth is proof of his success as a footballer, and in this quick post, we’ll share with you things Harry Kane once said.

This quick collection of Harry Kane quotes will help you understand his personality, what he believes, his ideologies, career and life perspectives, and even more.

3. “It depends on how my football career goes, but when I am finished, I would love to go the NFL and be a kicker. Even if I got to play just one game, it is something I would like to do.”― Harry Kane quotes

4. “I will always try to be as normal as I can. Obviously, there may have to be some limits with it, but I am still a fan at heart and want to live like a normal person.”― Harry Kane

5. “I was a fan once, and I remember what it was like approaching footballers for their autographs. I used to get starstruck a lot of the time.”― Harry Kane

6. “I take it season by season. I don’t like looking too far ahead, because you never know what can happen.”― Harry Kane quotes

7. “If I can be a role model, or if I can maybe make another manager play a young player coming through rather than buy a player, that’s incredible.”― Harry Kane

8. “I’d love to be captain of Tottenham and hopefully England as well.”― Harry Kane

9. “When teams are dropping off, it’s difficult, especially as a striker. You always have two center-halves behind you and maybe a sitting midfielder as well. It’s a bit more difficult creating chances.”― Harry Kane

10. “All I can do is my best for the team, whether that’s from the bench or if I start.”― Harry Kane

11. “I want to go and get more goals, create my chances for the team, and do my best for Tottenham Hotspur.”― Harry Kane

12. “Maybe defenders don’t always get the recognition like the other players get.”― Harry Kane quotes

13. “To go out at Wembley and score is what you dream about as a kid.”― Harry Kane

15. “It’s the worst feeling in the world – losing, and losing in a final on the big stage is even worse.”― Harry Kane

17. “You want the best players to be on form come the Euros.”― Harry Kane

18. “The double sessions are tough. The manager wants us to get fit, wants us to work hard. And that’s because the Premier League is so tough. We need it. Something we have to do.”― Harry Kane quotes

19. “You have to choose whether to take the money or follow your own ambitions, playing in the best league in the world and winning titles.”― Harry Kane

20. “Vincent Janssen has come in and done very well. He’s a great player and different type of player to me.”― Harry Kane

21. “Nine or ten, I like playing both. I like to score goals, and I feel in both positions I can score goals.”― Harry Kane

23. “I am motivated by trying to win trophies.”― Harry Kane

24. “I am happy at Tottenham. I go into work every day with a smile on my face, and that is important.”― Harry Kane

25. “Money is a bonus of the job, but it doesn’t always make you happy.”― Harry Kane quotes

27. “I’ve always been working hard on my speed for the last few years. Obviously I’m not slow, but as a striker, the more speed you have, the better you are.”― Harry Kane

28. “It doesn’t always click for a new player in a new team: you don’t always go in and hit the ground running and score all the time.”― Harry Kane

29. “I am confident in my ability, as I always have been, and that I will be capable of maintaining my form, if not improving, year in, year out.”― Harry Kane

30. “I try never to get too high or too low. You have to keep that medium.”― Harry Kane quotes

31. “All goalscorers go on droughts. It is how you cope with that. And it is not just about scoring, it is about what you bring to the team, bringing others into play and getting assists.”― Harry Kane

33. “It’s harder to be angry at home when we lose. When it was just me and the missus, she didn’t mind. She’d take the wrath of the loss! But it’s harder when there’s a little baby now.”― Harry Kane

34. “Now we’ve got a little daughter; me and the missus won’t talk about football as much.”― Harry Kane

36. “Obviously, I am hoping to go on and win many trophies for Spurs and for England. That’s always been the aim since I was a kid, dreaming of lifting the trophy one day for them, so that’s what I’ve got to do.”― Harry Kane quotes

37. “I want to be a player that does everything he can to reach his ability, and I’ll do that.”― Harry Kane

38. “A lot of people say second seasons are harder than the first because people are now expecting you to do stuff, so yes, that’s down to me to work hard and try and improve and, like I say, just letting my football do the talking.”― Harry Kane

39. “As long as there’s a vision with the club, and we’re not stale, we’re going forward as a club.”― Harry Kane

40. “Tom Brady is a big inspiration and a big idol of mine.”―Harry Kane quotes

41. “Whenever a new manager comes in you want to impress him.”― Harry Kane

42. “I’m in the team to score goals. I try and score as many as I can in the season to help the team out.”― Harry Kane

44. “It is down to the manager what he wants to do in the transfer window. Us as players, we just have to focus on each game that comes along and try and do our best.”― Harry Kane

Thanks for checking our quick collection of quotes by Harry Kane. So, what did you think? Which of these quotes represents his personality the most? 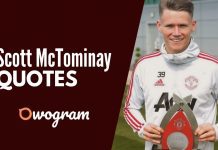 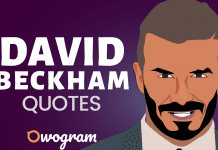 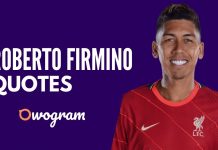 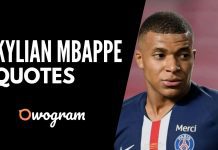 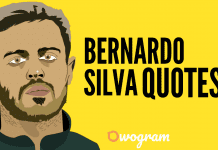 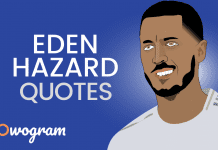