Home Business and Ideas Grasscutter Farming In Nigeria Can Make You Money!

Have you for once considered the profitability of grasscutter farming in Nigeria?

If you are traveling between states you will notice that there are some mobile markets on the road.

I mean you will see business-oriented individuals with their goods at strategic spots, especially areas where drivers have no choice than to slow down or places where there is frequent traffic hold up.

In most cases, these individuals use the opportunity to reach out to people who live in the city and sell their goods (which are mostly food products).

A few of such goods or products always catches the attention of travellers and as such they look forward to getting to the spot where it is usually sold so that they can buy it.

One food product that falls in that category is Grasscutter or as popularly called here in Nigeria, bush meat.

How I loved to eat that meat! It has some special and unique taste that is always inviting to lovers of white meat.

While it lives naturally in the bush or plantation and is hunted down to be sold, it can equally be reared.

Judging from the high rate of demand especially in the cities, it is considered as one of the rising and profitable farming you can establish.

Grasscutter farming is not yet flooded as goat farming, pig farming, and other livestock farming.

What Is Grasscutter Farming In Nigeria?

I will like to discuss a little about the animal.

While it is popularly called grasscutter or bush meat it is known as Greater Cane Rat (botanical name, Thryonomys Swinderianus).

Greater Cane Rat is distinguished from a true rat by the spiny fur on the back and rounded nose.

The Greater Cane Rat is one of two species of cane rats, a small family of African hystricognath rodents. The cane rat lives by reed-beds and riverbanks in Sub-Saharan Africa.

Cane rats can grow to nearly 60 cm in length and weigh a little less than 8.5 kg.

It has rounded ears, a short nose, and coarse bristly hair.

Its forefeet are smaller than its hind feet; each with three toes.

They are nocturnal and make nests from grasses or burrow underground. Individuals of the species may live in excess of four years.

If frightened, they grunt and run towards the water. So far, their conservation status is lower risk.

Their tendency to adopt plantations as habitat, where they feed on agricultural crops such as maize, wheat, sugar-cane, and cassava, often earns them the label of agricultural pest.

That is why the farmer also utilizes the cane rat as a food source (as bushmeat), considering the meat as a delicacy.

Grasscutter farming is gaining popularity in Africa for good reasons. Grasscutter rearing can make you at least N3 million per year if you take it seriously.

Grasscutter keeping is highly profitable, more profitable than you could ever imagine. A market-ready Grasscutter is sold between N4, 000 to N5, 500.

The animal reproduces very quickly and in good numbers. The female can produce an average of four to seven young ones per pregnancy.

Sometimes up to ten, that means one female Grasscutter could produce 8 – 14 other Grasscutters in a year.

Some Characteristics of Grasscutters are:

The best way to raise grasscutter in Nigeria is by breeding them under the intensive system, i.e. keeping them in cages or pens inside a very safe shed.

It is very important to choose a very good location as this is a high criterion for successful grasscutter farming.

Because of the nature of the animal, high security should be given to their cages and the location should be well secured.

Also, the location should be easily accessible and free from flood. It must be well ventilated, and the availability of a source of feed and water should be considered.

It is important to note that Grasscutter lives in a colony. A colony should consist of one male and three to four females.

It is not advisable to have two male grasscutters in a colony. Your capacity determines how many colonies you want to start with.

A small farmer may start with one or two colonies, with the arrangement of one male and three females in each colony.

Since Grasscutter is kept 100% for the meat, it has to grow well and healthy in other to be profitable.

For that reason, as a new farmer, you must lay emphasis on the choice of breeding stock.

Therefore, the wellbeing and good weight gain of both the male and female animals are very important factors that must be given attention.

Housing is very important for the production and management of grasscutter, giving type, size, and quality of housing priorities.

The housing can be made in a way similar to human houses having different apartments where they can play around and run.

The housing must be well illuminated and properly ventilated. Install in the housing feed troughs, drinkers, holding cages and transfer cages.

Construct the housing in such a way there can be places for eating, playing and sleeping. They can be breed either in properly built cages or in a house specially designed for them.

Grasscutter is sensitive to good habitat, for a colony (a male and three females) the dimension of the cage should be spacious enough.

Build your cage in a way that will be easier for each colony to stay together. Sliding galvanized trays should be installed under each step unit for separate collection of feces and urine.

The biggest enemies for Grasscutter are Snakes and SoldierAnts. Make sure their house is built in a safe place and you must also be wary of human thieves.

To protect them from the invasion of soldier ants, you may pour black engine oil around their houses, especially at night during raining season mostly.

The floor should be overlain with dry soft grasses to protect their feet from being hurt and to provide them soft cushy playground conditions.

Cages must be far away from the bushy environment to prevent snakes and other pests from attacking them. The cages must also be thoroughly cleaned on a regular basis.

A male grasscutter is capable of mating with many females grasscutters in a single period.

The male should be placed in the mating pen and the female grasscutter is moved from her own pen to the male’s pen.

Leave both in the pen for 24 hours. Don’t move the male to the female pen because it may result to fight and mating may not occur.

Also, avoid mating a male that is lighter in weight than the female.

After your male and female grasscutters must have mated with each other, it is necessary to check if the female is pregnant.

A fully grown female Grasscutter after gestation carries the pregnancy for about 140 – 150 days and deliver twice a year.

Some basic facts about grasscutter with regards to reproduction are as follows:

Unlike the rabbit farming where the young ones are born blind, the young of the grasscutter is born with their eyes open.

Newborn grasscutters look like the adult ones. Within a few hours, they can move around. After the female has delivered, she must be provided with enough feeds and water for adequate milk production.

You should wean your newborn grasscutters 40 days after they are born.

This is necessary because any extension will make the mother grow weak due to prolonged breastfeeding. When weaning, separate the males from the females.

Related: How to start plantain chips production business in Nigeria

Since the grasscutters would be in captivity, their diet should consist of majorly green forage, but fresh or dried food could also be provided.

They can also be given concentrates rich in energy, proteins, and minerals. The young grasscutter feeds on milk from the Doe until about six weeks when it is weaned.

The young grasscutter, however, shortly before weaning, nibbles at the feed given to adult grasscutters.

Grasscutters should be provided with food always and they need a balanced diet daily. While they need green forage such as elephant grass, guinea grass, sugarcane, vegetables and legumes for their digestive system, they equally need concentrates and fruits too for their growth and milk production.

To achieve a balanced diet, their feed should include tubers and tuber’s peel, cereals grain and shells.

Grasscutters can be fed twice or thrice per day. Clean and cool water must be provided always and wet feeds must be avoided at all costs.

As you know, health management is very important in all aspects of livestock farming.

As a grasscutter or cane rat farmer, the health of your animal should be very important to you because if they come down with diseases.

This will mean spending more to combat those diseases and of course, increase the cost of production.

To protect your grasscutters from diseases, the following measures should be taken:

Grasscutter meat or Bush meat is becoming desirable animal meat in the market. Everyone loves it and it sells very fast. Big restaurants use it to prepare high priced delicacies.

Most people in the city couldn’t buy the meat because it’s very scarce, so there’s no amount of Grasscutter you produce that can’t be sold within days.

It will take combined efforts of thousands of farmers to fill the need for bushmeat in the market in Africa right now.

Grasscutter is a fast reproducing animal and starts mating with 7 months after birth. It gives birth twice yearly and it produces 4-7 young ones at a time.

Such a number will bring you nothing less than N5 Million when they are matured for marketing. 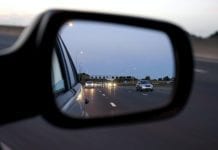 How to Start A Driving School In Nigeria (Quick Guide) 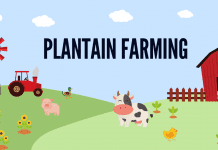 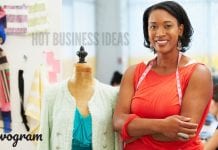 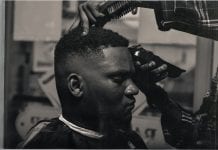 15 Daily Income Business In Nigeria You Should Try! 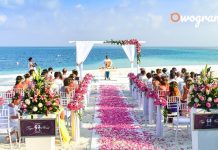 How to Start an Event Planning Business Successfully 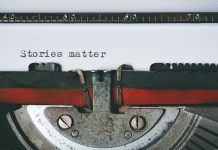 How to Start A Printing Press Business In Nigeria