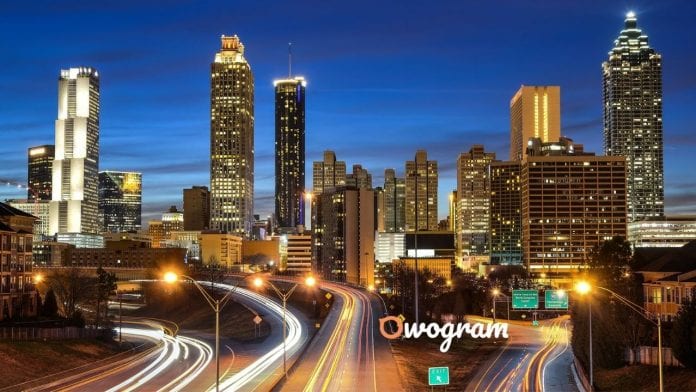 Hello readers! We bring to some interesting things to know about Georgia state, in the USA.

Georgia is located in the South region of the southern United States and it was admitted into the Union on January 2, 1788, therefore making it the 4th state to join the United States Union.

Two of the popular nicknames of the state are as follows; the Empire state of the south and the peach state.

The Capital city of Georgia is Atlanta which is also the largest city in the state. Atlanta is located in the Southeastern part and it is the 37th most populous city in the United States of America.

The official state flag of Georgia was adopted on the 8th of May 2003.

The flag of Georgia consists of three stripes which have the colors red, white and blue. Also, it features a blue canton that contains a ring of 13 white stars circling the state’s coat of arms which appears in gold color.

The ring of 13 white stars that circled the state’s coat of arms represents or depicts Georgia as one of the 13 original colonies that made up the United States of America.

The flag features the statement “In God We Trust”.

Related: All you need to know about Alabama state

Georgia State is located in the southern area of the USA as it is even in the deep southern part of it.

By area, Georgia is the 24th largest in the United States and by population, it takes the 8th position.

It has a total population of about 10,617,423 people and that makes Georgia the 8th most populous state in the U.S.

With the large number of residents, Georgia is expected to be filled with diverse cultures and lifestyles.

The first set of people to inhabit the state were the Native Americans, followed by the Spanish and eventually the English settlers in the 1730s which was led by James Oglethorpe. As a result, Georgia got its name after George II of Great Britain.

The majority of the people of Georgia are Christians. The kinds of races found here are; Whites, Blacks, Asian Americans, American Indians or Alaskan Natives, Native Hawaiians or Pacific Islanders, Hispanics, Latinos, and others.

The languages which are commonly spoken are; English, Spanish, French, and German but the official language is the English language.

There are also several natural animals that are commonly seen in the state and some of these animals are; raccoons, foxes, coyotes, salamanders, frogs, sea turtles, alligators, whales, black bears, and many more.

Most importantly, the state bird of Georgia is the Brown Thrasher while the state mammal is the North Atlantic Whale.

Also know about: The top 20 richest people in the world.

Did you know that Georgia was one of the thirteen original colonies that made up the United States? Care for more interesting facts about Georgia State? I have 5 more for you below.

5 Most Popular Cities In Georgia

The most populous city is the city of Atlanta and it has a population of about 488,800 people.

Atlanta is located in the Northwestern area of the state and it is regarded as the 37th most populous city in the United States.

Atlanta is the capital city of Georgia and it has several nicknames like; the peach city, the gate city, Hotlanta, the A, Hollywood of the south, the city in a forest and more.

The second most populous city in Georgia state is Augusta city with a population which has been estimated to be around 201,852 people.

Augusta City is found in the fall line section of Georgia state. Also, you need to know that Augusta is a consolidated city-county and officially has the name Augusta-Richmond County.

Augusta City belongs to the county of Richmond and it is also nicknamed the Garden City.

Columbus is located in the west-central border of Georgia, U.S.A.

Columbus is the third most populous city in Georgia with a population of about 195,739 residents.

Columbus has the nicknames; the fountain city and the Lowell of the south. Columbus city belongs to the county of Muscogee.

The total area size of Columbus city is 221.01 square miles and only 4.54 square miles is regarded as the water area.

Macon city is the fourth most populous city in Georgia and its population has been estimated to be around 153,200.

The fifth most populous city in Georgia is Savannah with a population of about 145,403 residents.

Savannah is the oldest city in Georgia State and it is located along the Savannah River.

Savannah has the nickname “the Hostess city of the south” and it belongs to the county of Chatham.

It is also considered one of the richest states in the United States while the majority of its production is centered on Agriculture and Farming. The state mineral of Georgia is called Staurolite and it was discovered in the year 1976.