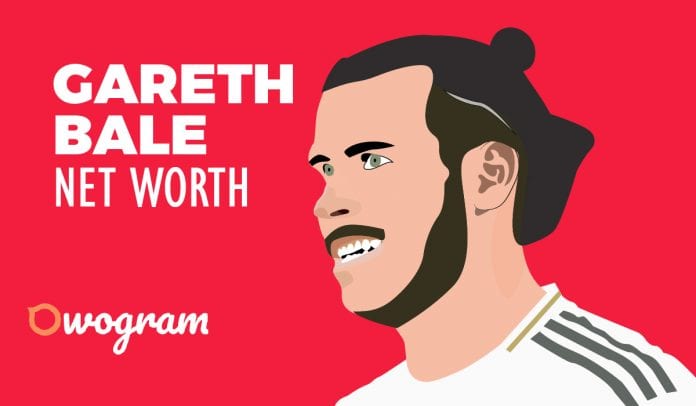 What is Gareth Bale net worth?

One of the most elite footballers at the world stage, Gareth Bale has done everything to earn the Galactico name used to represent world-class players signed by Real Madrid.

Though he doesn’t live a very lavish lifestyle nor is he outspoken like other players, he earns quite a lot from football, Endorsements, and his different personal ventures.

As of 2020, Gareth Bale’s net worth is roughly $125 Million dollars. Making him one of the top 20 richest footballers in the world.

Bale was born on the 16th of July 1989 in Cardiff, Wales, to Frank, who was a school caretaker and Debbie Bale, an operations manager.

He is also family with the ex-Cardiff City footballer Chris Pike. Bale had his primary school education at the Eglwys Newydd Primary School located in Whitchurch.

Bale caught the attention of some scouts from Southampton when he featured in a six-a-side competition in a Cardiff civil service club aged 9.

He had the build of a star from very young as he was both good at sprinting and playing football. He once ran the 100 meter race within 11.4 seconds while he was aged 14. How incredible.

He has always mentioned Ryan Giggs as his football role model who was also a Welsh and a Manchester united legend.

Bale was then restricted to playing with his right foot by his school teacher as his technique and skills were too much for his age mates.

He finally left school with an A grade in Physical Education. Bale received the award for service to sport from the PE department of the school in what would be his last year in school.

Bale then moved to Southampton academy in England to train with the reserve side.

It was in the same season that he was promoted to the first team due to his exceptional skills playing at left-back and subsequently turning into a free-kick specialist.

He was signed by Tottenham in 2007 in a deal worth £7 million pounds with bonuses involved. This was just the beginning of the rise of Gareth Bale’s net worth.

On the final day of the 2103-14 summer transfer window, Bale moved to Real Madrid – one of the top 10 richest football clubs in the world, in a deal worth €100 million making him the highest transfer fee paid for a player back then, as it shattered the £80 million fees paid for Cristiano Ronaldo some years earlier.

You can imagine what Gareth Bale’s net worth will be at this point. Bale became a part of the deadly trident famous named as the BBC which is an acronym for Bale, Benzema, and Cristiano Ronaldo.

He was among all the UEFA Team of the season from 2013 to 2018 and was also a finalist in the Best player in Europe awards in 2016. Bale later ranked 12th on the list of the most famous athletes in the world.

Bale represented Wales for the first time in 2006, becoming the youngest player to represent Wales national team back then.

He went on to help his national team to reach the semi-finals of the competition with 3 goals to his name. He has won a total of 6 Welsh Footballer of the Year awards.

Gareth Bale’s Net Worth and Highlights

As of 2020, Gareth Bale net worth is estimated to be $125 Million dollars. Here are some of his highlights:

In one of Gareth Bale quotes about soccer, life and success, he said; “Playing with and for the best can only help you to improve.”

Summary of Gareth Bale Net Worth

Bale is a world-class superstar footballer at one of the best teams in the world and he as carved his name in the hearts of football fans.

He has earned every bit of it through excellent performance, hard work, training, and output to the team.

Gareth Bale has been turning heads ever since his debut for Southampton and is still making waves at his current club, Real Madrid.