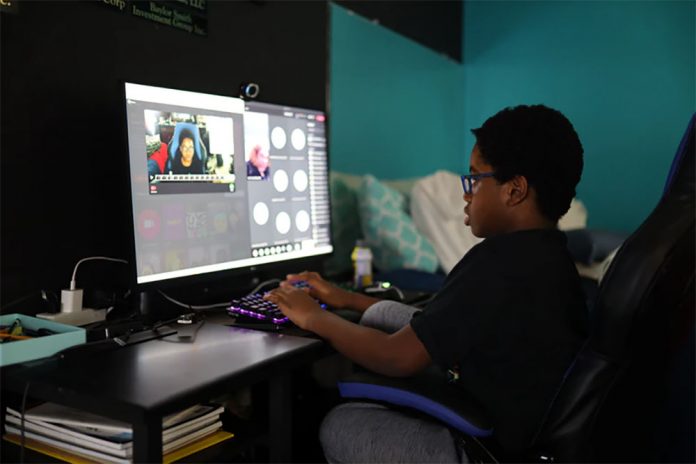 When it comes to gaming in Nigeria, gaming development companies have drawn inspiration from western games adding that to an African flavor.

In this article, we look at 10 major game development companies in Nigeria.

Though the gaming development sector in Nigeria is still at its infancy stage, it is picking up speed quite fast! Nigeria is known as a tech-savvy nation with about 60% of the population composed of young enterprising minds.

We have seen many awesome games sprouting out of the country thanks to the growing number of development companies.

Here are the best ten-game development companies putting Nigeria on the world map:

The award-winning studio was founded by Ferdy ‘Lardi Adimefe in 2016 and was initially started as a 2D animation studio.

This story-telling corporation has since advanced and uses modern technology such as VR, AR, and 3D hyper-realistic animations to bring out the true African experience.

Apart from story-telling, the Magic Carpet Studios are in the business of game development. One of their well-known games is Naija Rush, which they used to encourage Nigerian citizens to be more patriotic.

Bisonplay is based in London and Oxford. However, the Nigerian population is the main consumer of its content.

The two co-founders, Tobias Ighofose and Dave Sewell, met in London while working for a digital PR firm and put their heads together to form this game development company.

Bisonplay is popular for creating the Mr. Okada game app, which was released in November 2016. This game features a motorcycle driver trying to make ends meet in Lagos while working towards being an afro beats artist.

Kuluya games were founded by Michael Nkuindja and Olivier Madiba in August 2012 and are a gaming platform based in Lagos, Nigeria.

Currently, Kuluya is valued at an estimated $2million and aims to be one of the most successful media corporations in this gaming era.

Their dedicated team of qualified animators, programmers, and illustrators have worked hard to provide more than 100 games on their website.

Their most successful games include Masai, Oga at the top, Matatu and Msitu Wars, and African narratives. Kuluya has recently received a hefty $250,000 from foreign investors to expand their horizons.

Abiola Olaniran founded Gamsole in April 2012, intending to create simple games that are African-based and easy to play.

Abiola is a graduate of Obafemi Awolowo University and has garnered several awards, including the Samsung Developer Challenge and Nigeria’s Microsoft Imagine Cup.

This corporation has developed over 35 games, including Gidi Run, Temple Run, Monster Ninja, and Sweet Candy. Gamsole started as developing games solely for Windows but has since advanced.

The 31-year-old is a graduate of Lagos State University and has always had a passion for graphics and 3D designs. Since 2014, he has been able to design and launch 15 games successfully!

His first game was known as App Rush, and he used it to raise awareness on how easy it is to contract viruses on the Internet. He prefers to do most of the work himself but is always open to ask for a helping hand.

Initially, Simplyfun started by developing board games for children then advanced to create educational family games.

This corporation is based in Ikeja, Lagos, and was founded in 2004 to incorporate play into the learning process for children.

Some of their popular games include Aboki Run, What King, and Okada Ride. Mayo games have successfully been able to launch their games which gamers can find in app stores.

However, a major challenge they experience is the distribution of their games to the target audience.

Not only does Techline Communications offer gaming development, but it also offers brand advertisement, web design as well as software management services.

It is based in Lagos, Nigeria, and has been a stepping stone to many independent application developers striving to put their content out there.

Techline communications act as a voice for those who do not have a well-known and established platform to advertise their products.

Co-founders Bayo Puddicombe and Zubair Abubakar launched ChopUp in 2014 to create a platform to put out high-quality games with an African touch.

Ebola Strike is a popular game by ChopUp games to raise awareness about this deadly disease. Other games include Chicken Escape, Sambisa Assault, and Jumpology.

The main aim of Genii games is to preserve and teach the rich African heritage and culture by using various mobile applications. It was founded in February 2012 by Adebayo Adegbembo and is based in Oyo, Nigeria.

There is an increasing demand for locally made games overseas. In addition to that, the locals are drawn to games that portray their day-to-day lives.

Gaming development companies in Nigeria have drawn inspiration from Western games and added that to an African flavor. The future is very bright for the Nigerian gaming sector.