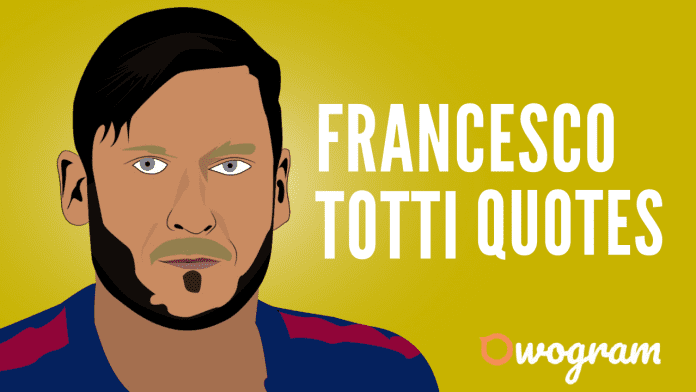 Franscesco Totti is a professional Italian footballer, regarded as one of the finest footballers of the country who played for Roma and the Italy national team majorly as an attacking midfielder or second striker.

Totti is a renowned player known for his vision, technique, and goal-scoring ability and is considered to be one of the greatest Italian players of all time.

Interestingly, Francesco Totti is the second-highest goalscorer in the history of the Italian league known as Serie A with a total of 244 goals and has also made 593 appearances in the Italian League which is the 3rd highest.

You can learn more about Francesco Totti net worth and biography about his early life, career, and achievements.

Right now, check out our collection of Francesco Totti quotes about life, success, and football.

1. “There aren’t many athletes who follow their hearts. They chose to go somewhere to win more and earn more money. They’re like gypsies”. – Francesco Totti

2. “When I do retire, I will miss the trips with the team, the jokes with my teammates, the habits: having breakfast with them, playing with them, all the things”. – Francesco Totti

3. “Over the years, I’ve tried to express myself through my feet, which have made everything simpler for me ever since I was a child”. – Francesco Totti quotes

4. “I am fortunate to have only worn one shirt in my career. It Is something I have always wanted: to be one of these few who wear only one shirt – a fan and a player of the same team”. – Francesco Totti

5. “To the children of yesterday who have grown up and become parents and to the children of today, who perhaps shout ‘Tottigol, I’d like to think that, for you, my career has become a fairy-tale for you to pass on”. – Francesco Totti

6. “I am not thinking about life after football, but I know it will be another life, another world”. – Francesco Totti

7. “In a world gone mad, we will not spank the monkey, but the monkey will spank us”. – Francesco Totti

8. “I was born Roman, and I’ll die Roman. I’ll never leave this team or my city”. – Francesco Totti quotes

9. “The end of my career was May 28, 2017. That for me was a historic day. I’ll carry it with me forever. It will be hard to explain to people the feelings and emotions I felt that day”. – Francesco Totti

10. “Playing further up the pitch, you have more opportunities to score and provide assists, and it’s something I liked right from the start”.

11. “When you grow up, you gain experience and realise what you’re capable of”. – Francesco Totti

12. “They called me a fool when I said this side could challenge for the title. Now they can think again. This is the best Roma side I’ve been in”. – Francesco Totti

13. “The game has given me so much, and I tried to give so much back to the people who have shown me so much love day after day”. – Francesco Totti

14. “Football, to me, is a passion, more than anything, it is love for Roma. There has never been anything else”. – Francesco Totti

15. “I never thought about the money; otherwise, I would have left aged 26 when Real Madrid and Barcelona wanted me”. – Francesco Totti

16. “I find it easier to strike the ball with my instep across goal. But I’ve scored in oads of other ways, too”. – Francesco Totti

17. “We will work as a group, we need to be a real team, that is the only way to go far”. – Francesco Totti quotes

18. “Roman comes before everything else”. – Francesco Totti

19. “The way things are, I’m not even training. I can only manage a bit of physiotherapy then off we go with the next game. I’m a little worried that I won’t make it to the World Cup”. – Francesco Totti

20. “Being born Roman and Romanisti is a privilege”. – Francesco Totti

21. During a game, it comes down to your mind – the pressure. There are loads of other aspects, too. Many people say taking penalties is easy, but when you’re stood over one, that’s not the case. It’s in no way easy. The goal really becomes a lot smaller”. – Francesco Totti

23. “It wasn’t a nasty tackle but usually tackles from behind can cause serious injuries”. – Francesco Totti

24. “The first part of my life, as a player, has ended but now I’m heading into an equally important part as a manager, hoping to do as well as I did on the field”. – Francesco Totti

25. “My ankles are swollen because I get too many kicks from rival defenders. I can hardly play every weekend. I hope the World Cup is not at risk for me”. – Francesco Totti quotes

26. “Before being a player, I was a die-hard fan of Roma, so I know what the fans felt when we won”. – Francesco Totti

27. “There is only one player who is doing things that I could never do – and that is Messi”. – Francesco Totti

28. “Winning one league title at Roma, to me, is worth winning 10 at Juventus or Real Madrid”. – Francesco Totti

29. “We’re going for the title too, there’s no reason we can’t fight with Milan, Juve and Inter”. – Francesco Totti

Thanks for checking our collection of best Francesco Totti quotes about football, success, and life. 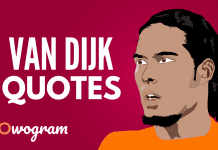 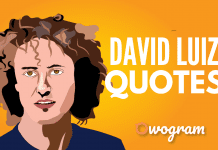 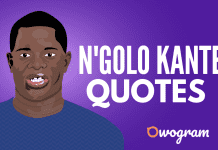 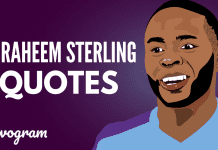 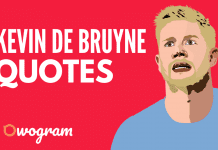