Home The Watch Football Money – How Is There So Much Money In Professional Football? 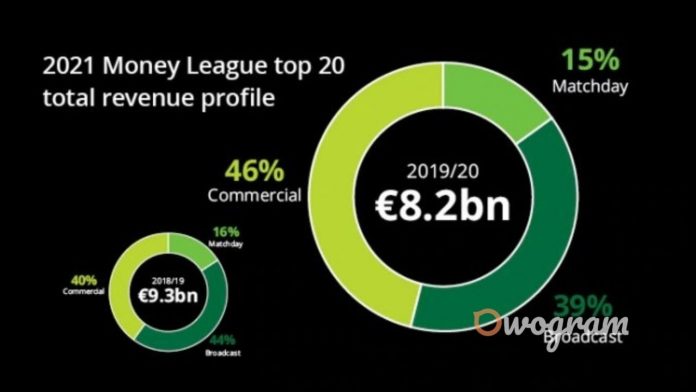 Google it, Cristiano Ronaldo earns around $320,000 a day. But where on earth does all this money come from? How could a sport that started from a little game between friends become a multi-billion dollar industry?

Frankly, there are a lot of sources of income that have contributed to the sport to help it become the global mammoth industry that it is today.  This article will break down the answer to the big question.

Surely one of the most obvious ways football makes its money is through the sales of tickets to watch games live and in person. Stadiums with capacities of up to almost 100,000 seats are sometimes filled to the brim with die hard football fans eager to watch a big match. Ticket prices range from around 50 to over a thousand dollars depending on the match and the seating. World cup final tickets can cost up to $1600. Football teams and associations make a lot of money from ticket sales alone. In fact, some clubs manage to make millions annually in just matchday revenue.

Marketing goes a long way in the earnings within the industry of football. All kinds of global companies are dipping their toes into the sports sponsorship industry to gain a bigger name than ever before.

It’s a giant opportunity for different types of companies to put their names or logos on something as popular and as widely viewed as football matches.

Nowadays we can see all kinds of adverts for all-around football matches, and it’s not just the commercial breaks we’re talking about. We’re selling all kinds of crazy ad placements.

These ads range from energy drink companies to clothing brands, to car brands, to links to football betting odds sites, and even cryptocurrency trading platforms which can be found on the barriers that outline the pitch, as well as on the athletes’ sportswear.

If there’s one thing that massively aided in the growth and popularity of international football, it’s television.

To give you a vague idea of how many people watch football on TV, the 2018 world cup was broadcasted to over 1.1 billion spectators all around the world.

It’s safe to say that if it weren’t for television broadcasting, football would have been crippled badly throughout the constant influx of covid regulations we have seen throughout the past couple years.