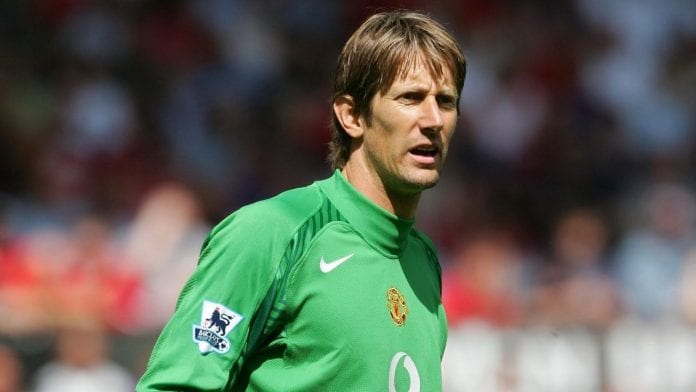 Here is a list of the top ten most famous Dutch football players of all time.

The Dutch have given the world of football a number of fantastic players, and managers, and a particularly lovely idea of how the game should be played.

Although everyone has a different opinion regarding which players deserve to be on the list, it is always an intriguing topic of conversation to debate which players are the finest in the world.

An article that we recently published discussed the top 15 richest footballers in Nigeria and how they have built a name for themselves across the world.

Here are ten of the most notable football players to ever come from the Netherlands.

This list of the most renowned Dutch football players of all time includes a goalie who was also a legend in his own right, a Dutch legend, and a Manchester United legend.

The very fact that van der Sar is included on this list is evidence enough of his abilities as a goalkeeper.

The Netherlands has traditionally been noted for the quality of their attacking players. Van der Sar is still Manchester United’s number one choice for the position of goalkeeper.

Edwin van der Sar is renowned for his exceptional speed, mobility, and athleticism. He is also known as “The Ironman.” It won’t be easy for the world to forget him as a player.

Faas Wilkes is possibly the most astonishing and unappreciated talent that the Netherlands has ever produced in the sport of football. He is one of the many notable Dutch footballers who have competed for the Netherlands national team.

Even though he passed away on July 15, 2006, at the age of 82, no one will ever forget that he was responsible for producing the best record ever.

Related: The top 20 richest footballers in the world

Willem van Hanegem has also appeared on the list of famous Dutch football players of all time.

In point of fact, the midfielder appeared for the club in almost 300 league games over the course of two separate stints, during which Ajax won three league championships, the KNVB Cup, the European Cup, and the UEFA Cup. This was during a period in which Ajax was widely anticipated to dominate the sport as a whole.

He was a member of the team that came in third place at the European Championships and played a role in getting them to the final of the World Cup in 1974.

Over the course of his more than 20-year playing career, he was awarded multiple honors at the national level in the Netherlands, as well as the European Cup and the UEFA.

Frank” Edmundo Rijkaard who is a Dutch former footballer and former manager who played as a midfielder or defender is also among the famous Dutch football players of all time.

His greatest success came on the international stage, however, as he helped Holland to win the trophy in their history at the 1988 European Championships.

He was twice named as the Dutch Footballer of the Year and also came third in the voting for the Ballon d’Or on two occasions.

Ronald Koeman is a Dutch professional football manager and former player, who is the current head coach of La Liga club FC Barcelona.

Individually, he was named the Dutch Footballer of the Year in 1987 and 1988, beating off stiff opposition from the likes of Marco van Basten, Frank Rijkaard, and Ruud Gullit.

Johan Neeskens is another player from that great Ajax team in the early ’70s. This midfielder’s technical skills and goal-scoring abilities made him an integral player for both his club and country.

Johan was a key member of the 1974 Netherlands squad and was one of the main reasons the Netherlands impressed in that competition.

Dennis Bergkamp is also one of the famous Dutch football player

On a football field, his technique was among the very best that anyone had ever seen. Bergkamp was recognized as the best football player in the Netherlands on two separate occasions and finished third and second, respectively, in the voting for the Ballon d’Or in the years 1992 and 1993.

A two-time finalist for the FIFA World Player of the Year award, he was also inducted into the English Football Hall of Fame. In addition, he received the third-place award in both of those competitions.

On the field, Bergkamp was responsible for some very unforgettable moments for fans, and he was also a successful player in terms of his accomplishments.

Ruud Gullit is a Dutch football manager and former footballer who played professionally in the 1980s and 1990s as a midfielder or forward.

He is widely regarded as one of the greatest and famous Dutch football players of all time.

He captained the Netherlands national team that was victorious at UEFA Euro 1988 and was also a member of the squad for the 1990 FIFA World Cup and Euro 1992.

Gullit was one of the greatest Dutch soccer captains to have ever lived.

Van Basten is one of the most prolific strikers in the history of the game.

At club level, he was the jewel in the Dutch crown of AC Milan, helping them to three Serie A titles and two European Cups alongside Rijkaard and Gullit.

He also won three Eredivisie titles, three KNVB Cups and the Cup Winners’ Cup during his time with Ajax.

Individually, he was named the Dutch Footballer of the Year on two occasions and won the prestigious Ballon d’Or in 1987.

He has definitely earned his place among the famous Dutch football player.

Johan Cruyffis a Dutch midfielder and one of the famous Dutch football players of all time who has been winning multiple league and European championships.

Cruyff gave the game more than just his skills on the ball, and his words are still highly regarded today.

He picked up trophies while playing for Ajax, Barcelona – one of the richest clubs in the world, and Feyenoord and was a premier part of the inception of Total Football. Cruyff was known globally as “The total footballer’.

Summary of the Famous Dutch Football Player of All Time

There you go! The list of top 10 famous Dutch football players of all time.