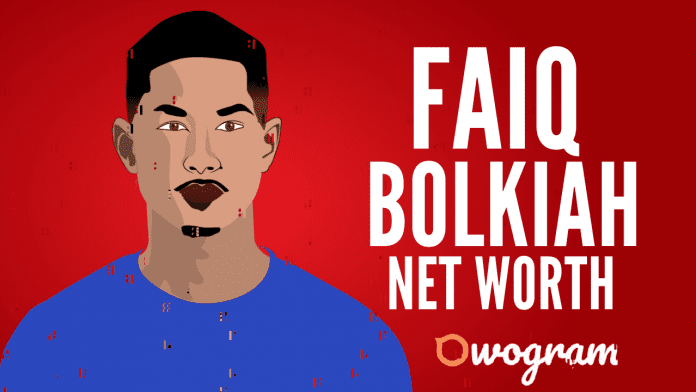 What is Faiq Bolkiah net worth?

For someone scrolling through a web page and coming across this name, you might wonder who this footballer really is.

Faiq Bolkiah is a footballer, and he is a largely unknown figure and you probably never heard of him.

Faiq Bolkiah is a player for the Youth team of Leicester city football club of England.

The name obviously does not ring any bells and he is not among any of the more known highest paid footballers today in the likes of Messi and Ronaldo.

Strange as it may sound to you, he tops the list of the top 20 richest soccer players in the world.

But you might wonder how Faiq Bolkiah net worth came to be so much that we’re writing about him?

Go nowhere as we introduce you to Faiq Bolkiah and everything about his net worth.

Bolkiah is the son of Jefri Bolkiah, Prince of Brunei, and nephew of Hassanal Bolkiah, the current Sultan of Brunei who is like a king to the citizens of the country.

He was born in Los Angeles in the United States and holds both Brunei and United States citizenship. He was educated in Great Britain at Bradfield College and Institut Studi Islam Darussalam (ISID) Gontor.

His father was the richest man in the world back then in the late ’80s until he was displaced by Bill Gates in 1990. Still, his uncle is still one of the richest people in the whole world.

The fact that Faiq is a royalty means he has access to huge wealth at such a young age.

Faiq had the choice and freedom to stay at the palace or the family-owned Beverly Hills hotel everyday, or go on holidays around the world without breaking a sweat to make money.

He did something many would find difficult, he chose to find his own path in life which is to become a footballer. Such is his passion for the game.

Faiq began his footballing career at A.F.C Newbury football club until he moved to join the Southampton Academy in 2009 where he played until late December, 2011.

He later joined training with Reading and did trials with Arsenal until he signed a two year youth contract with Chelsea in 2014.

While he was at the Arsenal academy, he was included in the team to play in the 2013 Lion City Cup against Corinthians, Eintracht Frankfurt, PSV and a Singapore youth team.

He was one of the Goalscorers in the tie against the team from Singapore and the match ended in a 2-1 victory.

Faiq left Chelsea in December, 2016 as his contract was about to expire in the summer of 2016 and no official extension was on the table for him.

He subsequently had trials with Stoke city FC but later signed a contract with Leicester City FC on a professional contract which would run for 3 years.

He later signed a one year extension of his contract which ends in the summer of 2019.

The football career obviously didn’t have much of an impact on Faiq Bolkiah net worth.

Speaking of his international appearances, Faiq was eligible to play for any of the countries between the United States and Brunei where he is originally from.

He was initially mooted to play for the United States but he vetoed against the decision and decided to represent Brunei.

He was among the U19 and U23 teams that competed in competitions like the 2015 South East Asian Games.

During the mentioned competition, he featured against Timor Leste and scored a goal but it wasn’t enough to prevent defeat for his side.

He made his senior international debut against the same Timor Leste in a 2016 AFF Championship qualification match and his national team won.

As of today, Faiq Bolkiah’s net worth is estimated at $20 Billion.

Mere fact that he is born of royal blood in an oil-rich country alone is enough to make Faiq Bolkiah net worth a huge one.

Still at the early stage of his football career though, there is still more to come from the mega rich Prince.