Home The Watch Euro 2020: Five Players That Could Win The Golden Ball 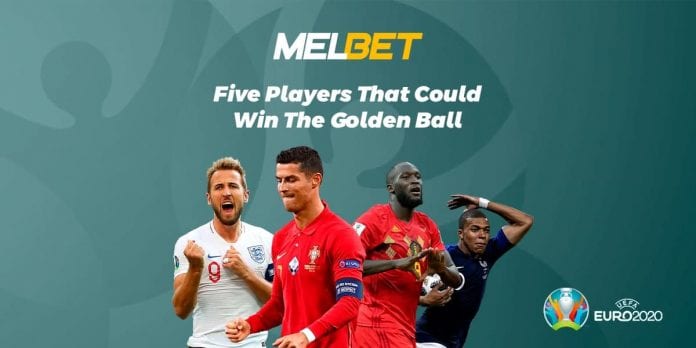 The last nine months have been non-stop club football in Europe, and that action is set to continue this summer but on the international stage. After a year’s delay, Euro 2020 takes center stage this summer.

The 16th edition of the competition was initially scheduled for last year but was postponed due to the coronavirus pandemic.

This edition is different from previous competitions as games will take place across different stadiums in Europe. It’s also the second edition that will feature 24 teams.

Also, UEFA granted the participating countries to name 26 players instead of the standard 23. This is to prevent countries from losing half of their squad should a player test positive for coronavirus.

Melbet Nigeria has exciting odds for all games in the tournament, which will run from June 11- July 11. Europe’s biggest stars will also be on show at the competition, and ahead of the tournament, we take a look at five players that could win the best player award.

Kylian Mbappe (France): Mbappe’s profile has been rising since his breakthrough in 2017. The PSG star is already a leader in the France squad.

He played a crucial role in France’s second World Cup title two years ago, scoring four goals and winning the best young player award. Having won the biggest title in world football, he could now seal his legacy by leading France to a Euro title. He’s backed at a huge 9 odds by Melbet to become the best player of the Euro 2020.

The Red Devils’ hopes will rest on his services. He has been brilliant once again for Manchester City.

The former Wolfsburg star has created 17 assists in all competitions this season as City won their third league title in four years, while they are just a game away from winning their first Champions League title.

Belgium will hope De Bruyne carries this form into the Euros as they hope to end their wait for a major international trophy. You can back the Man City star to win the Golden Ball at odds of 9.00 at Melbet Nigeria.

Romelu Lukaku is the second Belgian on this list. The Inter Milan striker is just as important as De Bruyne to Belgium.

Lukaku scored seven goals in the qualifiers to help Roberto Martinez’s side finish top of their group with a 100% record. His goals also helped Inter Milan win their first league title since 2010.

The former Everton forward is definitely among the favorites for the Golden Ball and the Golden Boot respectively. Lukaku has 17 odds on Melbet to win the prestigious award of the best player of the Euro 2020 tournament.

Portugal have one of the most talented squads going to the Euros. But Cristiano Ronaldo is still the star player in the team.

It’s the 36-year-old’s fifth consecutive Euros, but he has never won the Golden Ball in the previous four editions. However, he could break the jinx this year, given the quality of players around him, and you can support him to win with a huge 17 odds on Melbet..

Although he’s in the twilight of his career, he’s showing no signs of slowing down. Only Robert Lewandowski and Lionel Messi have scored more goals than him in Europe’s top five leagues this season.

Harry Kane is the favorite for the Golden Boot, but he could also add the Golden Ball to his collection. England is joint favorites for the competition and play their three group games at Wembley.

Kane’s form going into the tournament should have opposition defenders worried. The 27-year-old has scored a whopping 32 goals in all competitions for Spurs this season, while he has also provided 16 assists.

Should England go all the way this summer, then Kane could also be holding the Golden Ball along with the main trophy.