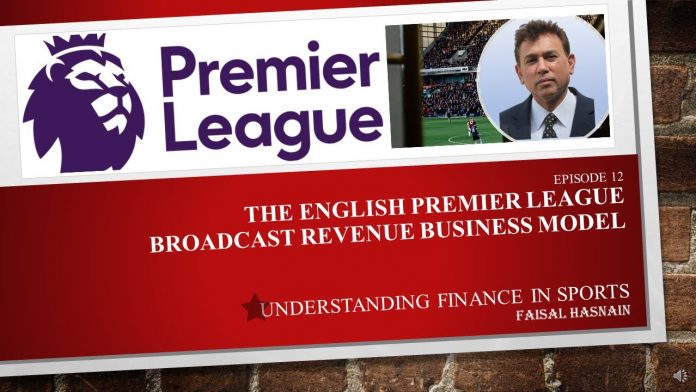 Ever wanted to know about the EPL Business? It goes without a doubt that the English Premier League is the best paying in the world and as a result has grown to be the most followed league globally. That is why it tops the list of the top 10 best football leagues in the world.

By 2020 numbers, at least three billion people spread across 188 countries were following the league, and the numbers could be higher by about 10 percent at the moment.

It is not a wonder how this has come to be; the Premier League and English football, in general, have invested heavily in the game of football and the finances pumped in have attracted even more back. This has made the EPL business attract not just viewership but also fans who are also ready to spend on getting top content.

It is because of such investment that when most leagues worldwide suffered in 2020 as the Covid-19 pandemic broke out, the Premier League proved resilient, taking a relatively small hit, as compared to the other major competitions.

The best of the EPL business model is built on their broadcasting rights with the football clubs also serving as shareholders of the league. But there are also major earnings that come from match day activities as well as sponsorship deals.

The various economic avenues, a money-spinning league, and top player transfers have altogether generated other business opportunities around the league, majorly in the gaming circles. You should check out the top 15 highest paid players in EPL.

Among the top betting sites reaping from the top league is Melbet, a company formed in 2012 and currently with a wide intercontinental reach and well customized to address gamers’ needs in terms of betting on the Premier League.

The Melbet signup offer, as profiled on Wincomparator offers up to €100 in welcome bonuses, and this can be resourceful when betting on the Premier League matches.

The last eight seasons have seen the EPL business revenues grow exponentially, even though there was a slight slump in 2020, majorly due to the Covid-19 outbreak. Still, the season had high numbers in terms of income despite the league stopping for a while.

According to figures from Statista.com, the 2021/22 season recorded the highest incomes in commercial and sponsorship activities, raking in £1.6 trillion whereas in 2020/2021, as the league recovered from the effects of Covid-19, the biggest chunk of revenues came from broadcasting rights. In that season it is reported that £3.5 trillion came from broadcasting rights.

The highest figures in those eight seasons, in matchday collections, came in the 2021/2022 season, with a massive £700m collected.

By now it is also very clear that some of the world’s biggest football brands are found in the Premier League, and this goes a long way in determining the players who play in the league.

Manchester United, one of the richest football clubs in the world, despite its recent troubles, remains one of the most popular brands and as of 2018, the brand value of the team was placed at US$ 1.9m by Brand Finance, while Forbes rated it at US$ 4.12b. These figures could be conflicting but the fact that United enjoys a big following isn’t in doubt.

Manchester United’s average match day attendance has been over 75000 consistently for a while now and it is reported that from such and more, they generated US$ 750m in revenues in 2017.

The total transfer fees for all the Premier League clubs have also been going high – a factor in the quality of the league and the circulation of the revenues generated. The amounts spent on transfers in 2018 amounted to about €2.1 billion according to statista.com.

The biggest win commercially for the Premier League has over the years been pointed at the equitable sharing of revenues from shared resources like broadcast rights, which is divided between domestic rights and international TV rights.